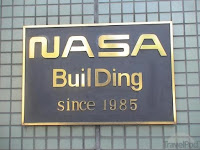 I'm confused? Just days ago NASA said they wanted to extend the space shuttle program to 2017 - now they say it will be good to see it go away? Does the left hand know what the right hand is doing?

CNN) -- The marching orders from Congress and the White House to NASA were pretty straightforward.

Go out and build a new big rocket to replace the retiring space shuttle fleet.
Unlike the shuttle, the new rocket has to be powerful enough to get out of low Earth orbit and carry humans to an asteroid and eventually Mars, perhaps even the moon. There must also be a test flight by 2016.

But at this point, NASA officials are warning of a potentially devastating setback to future space exploration.

Its first new rocket in 40 years may not happen because the agency doesn't think the $8 billion budgeted over the next three years is enough.
"We have done calculations with current models and approaches to doing this type of development and it doesn't work with funding constraints combined with schedules that were laid out in the Authorization Act," Doug Cooke, NASA's associate administrator for exploration systems, told CNN.
Congress has already responded that unless NASA can prove there's not enough money, the rocket must -- by law -- be built.

Sen. Bill Nelson, D-Florida, a key space agency supporter, was adamant when he spoke to CNN: "NASA must stop making excuses and follow this law. I believe the best and brightest at the space agency can build upon the $9 billion we've already invested in advanced technology to design a new heavy-lift rocket, while taking a stepping-stone, pay-as-you-go approach."
"We're doing everything we can to get there," Cooke said.

The $9 billion was for the now-defunct Constellation program, planned to take astronauts to the moon and on to Mars. It was cut from the federal budget last year after being called behind schedule and over budget.

After the last shuttle flight later this year, NASA will be out of the space taxi business. Commercial companies are expected to take over ferrying astronauts to and from the International Space Station.

NASA, no longer burdened with an aging vehicle and costly flights, has again been told to focus on building a new rocket.
Citizens Against Government Waste President Tom Schatz is not confident: "NASA is unfortunately becoming a black hole for the taxpayers and something needs to be done to turn things around," he said. "The Constellation program has taught us the things that work, the things that we could have done better."

The vehicle most likely to be presented to Congress would have solid rocket boosters like the shuttle, only larger; would use shuttle main engines and would also, like the shuttle, have a liquid fuel stage, Cooke told CNN. Early test flights would use a lot of existing hardware.
"We have engines that will be freed up when shuttle retires. We do have solid rocket casings that are from the shuttle program that we can use," he said.
NASA says it will tell Congress by the spring or early summer whether the rocket can be built with the money available and meet the 2016 deadline.
Posted by Steve Douglass at 7:11 PM No comments: 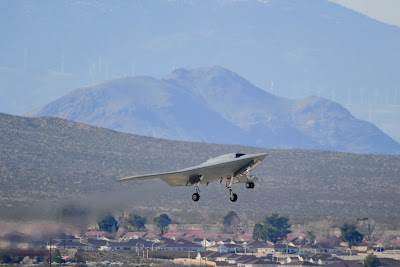 The flight, which was conducted under hazy skies at Edwards Air Force Base (AFB), Calif., began at 2:09 p.m. PST and lasted 29 minutes.

The flight is a critical first step for the Navy/Northrop Grumman UCAS-D team toward demonstrating that a tailless, fighter-sized unmanned system can safely land and take off from the deck of a U.S. aircraft carrier.

The flight provided test data that will contribute to the verification and validation of the X-47B's air vehicle's guidance and navigation software, and the aerodynamic control of its tailless design.

The X-47B aircraft will remain at Edwards AFB for flight envelope expansion before transitioning to Naval Air Station Patuxent River, Md. later this year. There, the system will undergo additional tests to validate its readiness to begin testing in the maritime and carrier environment.

The UCAS-D program is preparing the X-47B for carrier trials in 2013. 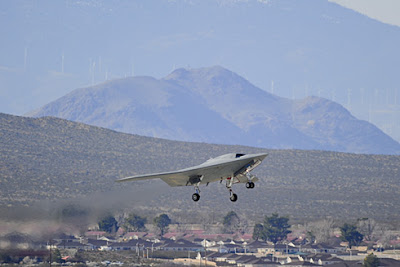 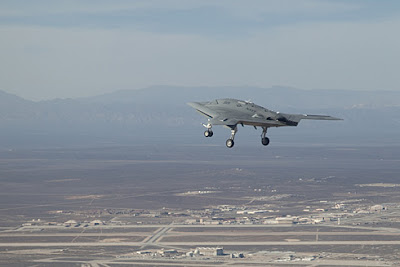 Unmanned aircraft, and warfare in general, took a serious step forward Friday when the Navy’s X-47B Unmanned Combat Air Vehicle demonstrator took to the skies for the first time.

The stealthy jet flew in a circular pattern known as a racetrack with its landing gear down (standard for first flights) for 29 minutes at an altitude of 5,000 in the airspace around Edwards Air Force Base in California, by all accounts the flight was a success.

From a Navy announcement on the Feb. 4 flight:
“Today we got a glimpse towards the future as the Navy’s first-ever tailless, jet-powered unmanned aircraft took to the skies,” remarked Capt. Jaime Engdahl, Program Manager for the Unmanned Combat Air System Demonstration, after observing the X-47B maiden flight at EAFB today.

As we said above, this is a major event in the development of unmanned combat planes. For the last decade, slow and unstealthy MQ-1 Predators and MQ-9 Reapers have owned the armed drone mission. The problem is, these planes aren’t likely to last long in a serious war.

While the Air Force has publicly fielded one stealth drone, the RQ-170 Sentinel, that plane remains unarmed (at least officially). The Northrop Grumman-built X-47B is meant to prove the concept of a aircraft carrier-based, combat drone capable of doing everything from ISR missions to close air support. This is history being made.

The flight is the first of 50 planned for the rest of the year where Navy officials will put the jet (and eventually a second X-47B) through increasingly challenging flight situations to make sure the plane works as designed. Once this is finished, the two jets will move to Patuxent River Naval Air Station in Maryland where they’ll gear up for carrier testing.

Stealthy, survivable planes like the X-47B and it’s successors will play an increasingly important role in the Pentagon’s plans to overcome advanced anti access and area denial systems. The planes will someday be capable of being refueled in flight; allowing them to take off from carriers far from shore and fly into relatively high threat environments where they can work with other stealth jets such as the B-2, F-22, F-35 to accomplish their mission.

However, one of the big challenges in sending these planes downrange for missions like this will be data assurance; basically protecting the signals that control the aircraft from being hijacked by the enemy.


Read more HERE
Posted by Steve Douglass at 11:23 AM No comments: