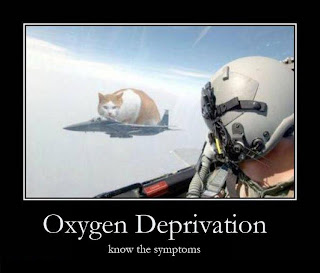 ABC NEWS: Defense Secretary Leon Panetta has demanded the Air Force take measures to make America's most expensive fighter plane, the F-22 Raptor, safer for its pilots in light of an ongoing, potentially deadly problem with the plane's oxygen system, a Pentagon spokesperson said today.
As a recent ABC News investigation found, for more than four years pilots for the F-22 Raptor have reported at least 25 incidents of experiencing "hypoxia-like symptoms" while at the controls of the $420 million-plus-a-pop jet. Hypoxia is caused by a lack of oxygen to the brain and is characterized by dizziness, confusion and disorientation.
READ ABC News Investigation: Fatal Flaws With the F-22 Raptor
Among other precautions, Panetta ordered the Air Force to expedite the installation of an automatic emergency back-up oxygen system to the planes, spokesperson George Little told reporters.
Currently, pilots who believe they're experiencing oxygen problems have to manually reach for a ring in a cramped corner of the cockpit to activate the emergency back-up system. The activation ring itself was already such a problem that the Air Force recently re-designed it for the entire fleet to make it more accessible.
In one fatal incident in November 2010, the Air Force said one of its pilots, Capt. Jeff Haney, had been too distracted by trying to activate the manual back-up system after a malfunction cut off his primary oxygen completely and he accidentally flew his plane into the ground.
Posted by Steve Douglass at 3:33 PM No comments: 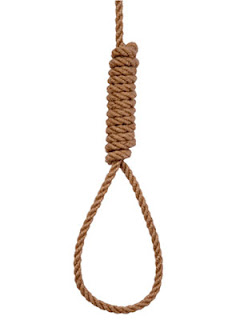 TEHRAN -- Iran on Tuesday hanged a man convicted of playing a key role in the 2010 murder of a top nuclear scientist and of spying for Israel, the official IRNA news agency reported, quoting Tehran's prosecution office.

Local media reported August 28 that Jamali Fashi was sentenced to death after being "convicted of Moharebeh [waging war against God] for placing a bomb-laden bike and blowing it up in front of martyr Ali Mohammadi's home, in collaboration with the Zionist regime and Mossad."

Jamali Fashi stood trial as the main suspect in the killing of Ali Mohammadi, a particle physics professor at Tehran University who was killed in a bomb attack outside his home in January 2010.

Jamali Fashi also faced charges of cooperating with Israel's spy agency Mossad and of receiving $120,000 for passing on intelligence to its agents.

The Islamic republic has blamed the Jewish state and the United States for the killing of four of its scientists and nuclear experts since 2010.

Western powers and Israel suspect Iran is seeking an atomic weapons capability under the guise of its civilian nuclear and space programs -- a charge Tehran vehemently denies.

Posted by Steve Douglass at 11:51 AM No comments: