The report said the center, created after the September 11, 2001, terrorist attacks to coordinate U.S. intelligence efforts, was "not organized adequately to fulfill its missions."

In addition, the report said other problems allowed suspect Umar Farouk AbdulMutallab to board a flight bound for Detroit, Michigan, in December with an explosive device that failed to detonate. AbdulMutallab was detained when other passengers noticed his clothes burning from his attempt to set off the device.


Blair responded to the report by noting changes made in response to the Christmas incident, including creation of a National Counterterrorism Center analytical unit dedicated to following up on terrorist threat information. However, Blair's statement noted that "institutional and technological barriers remain that prevent seamless sharing of information."
Posted by Steve Douglass at 3:32 PM No comments:

Kabul, Afghanistan (CNN) -- Aircrews from the Afghan National Army Air Corps and from the NATO-led International Security Assistance Force have found the wreckage of the plane that crashed Monday with 44 people aboard, ISAF said Thursday.

The crash site is at 13,500 feet (4,100 meters) in the Shakar Darah district of Kabul province, ISAF said. Afghan authorities, supported by ISAF, are now making plans for a recovery operation taking into account the elevation and rugged terrain, ISAF said.

The crash site was initially observed late Wednesday and confirmed Thursday, ISAF said. Afghan authorities earlier reported that a satellite had spotted part of the Antonov plane in mountains near the Salang Pass, north of Kabul.

The Pamir Airways plane was carrying 38 passengers and six crew members when it crashed en route from Kunduz to Kabul on Monday. Several non-Afghans, including at least three Britons, were on the plane, officials said.

In a statement of condolence Thursday, the Afghan Ministry of Defense indicated high-ranking officials were aboard the plane. It said it had ordered the air force to help transport the victims' bodies back to their provinces.

At the time of the crash, a meteorological agency reported hearing a huge sound in the area of the crash, and the government's minister of transport and aviation and his deputy went to investigate.
While several plane crashes have occurred in Afghanistan in the past few years -- most of them military aircraft -- the last crash with fatalities occurred in September 2006, when a British Royal Air Force plane crashed about 12.5 miles (20 km) west of Kandahar, according to the web site of the Aviation Safety Network, which maintains a database of crashes. Fourteen people were killed in that crash.

In 2005, 104 people were killed when Kam Air flight 904 struck a mountain while approaching Kabul in poor visibility, according to the network.
Posted by Steve Douglass at 8:02 AM No comments: 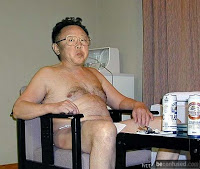 TOKYO - Japan Prime Minister Yukio Hatoyama said May 20 that North Korea's sinking of a South Korean navy ship was "unforgivable" after an investigation concluded the communist regime was to blame.

"Our country strongly supports South Korea," he said in a statement read by his chief spokesman, Hirofumi Hirano. "The North Korean action is unforgivable, and we strongly condemn it, with the international community."

A multi-national investigation panel concluded May 20 that a North Korean submarine fired a torpedo that sank a South Korean warship with the loss of 46 lives on March 26 near the disputed maritime border.

Hatoyama later told reporters that "if South Korea seeks a resolution at the U.N. Security Council, Japan should spearhead the move" against North Korea.

Any action against Pyongyang by the U.N. Security Council would require agreement from China, a veto-wielding council member and the North's ally, which has indicated it first wants to see strong evidence.

Japan Foreign Minister Katsuya Okada told reporters that "we would like China to take concerted action as much as possible... The evidence is objective and I think we can trust it. Japan strongly supports South Korea."

The North quit the dialogue in April last year and staged its second atomic weapons test a month later. North Korean leader Kim Jong-Il vowed during a visit to China this month to try to revive the talks, Beijing media said.

Excerpt: The Interceptors Club & The Secret of the Black Manta 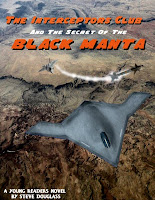 As Caysi took her hands off her ears she only heard the slight whine of what sounded like an electric motor, not even as loud as an automobile passing.

The aircraft lightly touched down and slowed to a slow roll, almost walking-speed.

Normally the Interceptors would have laughed at Mein-rad’s strange way of expressing himself, but they were too transfixed on the mystery craft that had just blown their hair back.

The Interceptors watched as the black shape turned on to a pad just off the main taxiway and stopped.

It sat there for thirty seconds and very unexpectedly began to sink into the earth. It took the Junior Inter-ceptors a few seconds to realize it was on an elevator and was being lowered into an underground chamber.

Once the craft was below ground the base came back to life as the runway lights and security lights blazed back on.

Caysi looked at Meinrad, Static, Sami and Freaks. They all stood there silent wearing the same look of amaze-ment.

Then Caysi realized she was wearing it too. She was hooked. She was now one of them, an Interceptor.

“What the heck did we just see? Freaks spoke breaking the silence.

“My guess? Something we weren’t supposed to.” Static said.

For more visit this LINK.
Posted by Steve Douglass at 7:41 AM No comments: