David S. Cohen was sworn-in yesterday to serve as the Agency’s Deputy Director, a position he held previously from 2015 to 2017. While awaiting the Senate confirmation of Ambassador William J. Burns as CIA Director, Cohen will also serve as Acting Director: 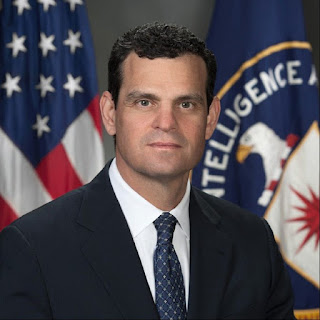 “I am honored and delighted to once again join the leadership team at CIA. I will do my very best to ensure the CIA’s dedicated intelligence officers have what they need to continue to present honest analysis and unvarnished intelligence to the President and other policymakers,” said Acting Director Cohen. “We look forward to supporting Ambassador Burns—someone with a deep understanding of our mission and a great admiration for the workforce—as he engages with the Senate in the upcoming weeks.”

Posted by Steve Douglass at 8:53 AM No comments:

Did CIA Director Gina Haspel just resign a day before the Biden inauguration?

"The #CIA workforce thanks Director Haspel for her 36 years of dedicated service to the American people. You have broken barriers and empowered the next generation of CIA officers."

FORBES: Haspel did not articulate the reason for her departure, which comes on the last full day of Trump’s presidency, though Axios reported last week that she had threatened to resign in early December when Trump sought to install loyalist and former Rep. Devin Nunes (R-Calif.) aide Kash Patel as her deputy.

According to Axios, Trump “spent his last year in office ruminating over Haspel,” while many of his allies echoed the president’s doubts about her loyalty.

Haspel was confirmed as the first female director of the CIA in May 2018.

Posted by Steve Douglass at 11:28 AM No comments: