New Mexico authorities say an unknown hazardous material release sickened about 200 people Tuesday near the Mexican border just northwest of El Paso, Texas.
A one-mile area surrounding the industrial park and border crossing at Santa Teresa was evacuated for a few hours Tuesday, and the nearby airport was closed. By Tuesday afternoon, only the industrial park remained off-limits as hazmat crews took samples to determine what made the people sick.
A New Mexico National Guard support team was en route to help with monitoring and testing. 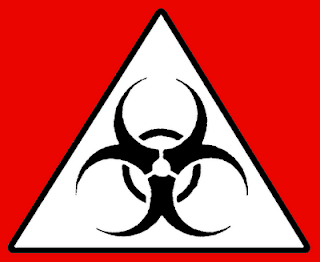 Officials say some people from businesses in the industrial park were taken to Santa Teresa High School as a precaution after complaining of breathing problems, light-headedness, nausea and dizziness.
Some people also described a burning sensation on their skin.
"I got there after they barricaded the road. When I rolled down the window, I started feeling irritation on my skin," said Gerardo Gomez, who was on his way to work. "It felt like when you get chile on your skin."
Workers a few miles away said they could smell something in the air.
No serious injuries were reported and no one was hospitalized.
Dona Ana County spokeswoman Kelly Jameson said officials started getting calls from people about 8:30 a.m.
Emergency officials from Texas and New Mexico responded, and people in nearby homes and businesses were told to stay indoors, seal all doors and windows and turn off air conditioning and heating systems.
Officials said the evacuation area did not include any homes.
Classes were also cancelled at a medical college located in the industrial area, which is also home to wire and paper manufacturing businesses and warehouses.
Posted by Steve Douglass at 2:53 PM No comments: