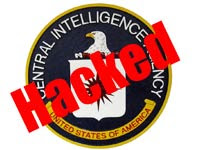 The hacker group LulzSec claimed credit Wednesday for taking down the CIA’s Web site for a couple of hours, the latest in a string of embarrassing Web site disruptions the group has pulled off — apparently more to poke fun and highlight vulnerabilities than to cause real damage.

At 5:48 p.m., LulzSec, which dubs itself “the world’s leaders in high-quality entertainment at your expense,” posted an alert on Twitter: “Tango down — cia.gov — for the lulz.”

But the fact that the group could penetrate Web sites and harvest system administrators’ credentials underscores the risks of failing to secure sites, experts said.

“Web sites are the low-hanging fruit,” said Richard Stiennon, a cyber expert and author of “Surviving Cyberwar.” “But the Web sites are running on a server. Once you completely own the server that the Web site is on, you can watch the insiders log in and record their activity, and that can be a front door into the organization.”

READ MORE HERE
Posted by Steve Douglass at 5:18 AM No comments: 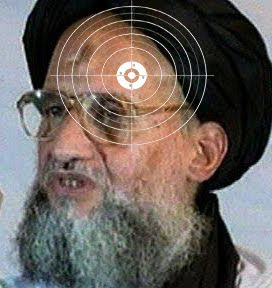 Zawahri has been the brains behind bin Laden and his al Qaeda network, and at times its most public face, repeatedly denouncing the United States and its allies in video messages.

In the latest monitored by the SITE Intelligence Group last month, he urged Muslims to fight NATO and American forces in Libya.

Born into an upper-class family of scholars and doctors in an upscale Cairo neighborhood, the cerebral Egyptian in his late-50s is second after bin Laden on the FBI "most wanted terrorists" list.

But on Sunday bin Laden was killed in a firefight with U.S. forces and his body was recovered, U.S. President Barack Obama said. There was no word on Zawahri.

In a subsequent video, in September 2009, Zawahri returned to the attack on Obama, saying he was no different from his predecessor George W. Bush.

"America has come with a new deceptive face ... It plants the same dagger as Bush and his predecessors did. Obama has resorted to the policies of his predecessors in lying and selling illusions," said Zawahri, clad in white robe and turban.

Like bin Laden, Zawahri has long been thought to be hiding along the rugged Afghan-Pakistan border. The last video of Zawahri and bin Laden together was broadcast by al Jazeera on September 10, 2003. It showed them walking in mountains, calling for jihad and praising the September 11 hijackers.

"BRAIN TO THE BODY"

Analysts have described Zawahri as al Qaeda's chief organizer and bin Laden's closest mentor. "Ayman is for bin Laden like the brain to the body," said Montasser al-Zayat, a lawyer in Cairo who once represented Zawahri.

In a video after the September 11 attacks, Zawahri called them a "great victory" achieved "thanks to God".
Posted by Steve Douglass at 5:05 AM No comments: