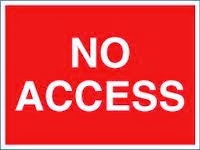 ALBUQUERQUE, N.M. – After mysterious circumstances closed the Sunspot Solar Observatory in southeast New Mexico on Sept. 6 – prompting conspiracy theories of close encounters and men in black suits – it was announced over the weekend that the facility will "transition back to regular operations" on Monday.


The Association of Universities for Research in Astronomy announced the reopening on Sunday, saying it had been cooperating with local authorities on the "investigation of criminal activity that occurred at Sacramento Peak," where the observatory is located. The developments come after over a week of minimal details from law enforcement, leading to theories of all kinds from New Mexicans and others across the country.

"We became concerned that a suspect in the investigation potentially posed a threat to the safety of local staff and residents," AURA wrote on its website Sunday. "In light of recent developments…we have determined there is no risk to staff."


Last week, officials with the Otero County Sheriff's Office told KOB they had "no information" on what exactly federal authorities were looking into at the facility, only confirming the FBI was involved.


AURA says that, given the high-profile nature that has surrounded the observatory's closure, security will be present at the facility's reopening.

The group added that remaining tight-lipped about the closure was necessary to protect their investigation's integrity, saying it recognized the frustration that strategy caused.

"Our desire to provide additional information had to be balanced against the risk that, if spread at the time, the news would alert the suspect and impede the law enforcement investigation," AURA said. "That was a risk we could not take."

AURA is a collaboration of mostly U.S. institutions, and some international entities, which promotes astronomical research, according to its website. They operate several observatories, including Sunspot.

ALBUQUERQUE, N.M. – The mysteriously shut down Sunspot Observatory is reopening Monday after more than a week of shadowy investigations by the FBI and tight-lipped officials.


KOB spoke exclusively with an employee at the observatory who said he believes the FBI investigation could revolve around the theft of some expensive equipment.

"It really didn't surprise me that FBI might be showing up someday, due to the things that have been going on at the site prior to the evacuation,” said the Sunspot employee, who KOB is not naming on the basis of anonymity. "I have noticed that Sunspot is basically, what I would call, a breeding ground for crime."

He said loose security management at the site has led to criminal trespassing, vandalism and theft.


"We discovered what appears to be, it's still under investigation, the theft of $15,000 of electronic test equipment,” he said, adding most people wouldn’t even know what the equipment comprises. “The only type of person that would need it is someone working on a communications system."

KOB reached out to the FBI and asked if there was any stolen property. They directed us to the Association of Universities for Research in Astronomy (AURA), the group running the facility.

AURA issued a statement attributing the shutdown to a security risk and said a suspect in a criminal investigation posed a potential threat to staff.

AURA said recent developments have determined there is no risk to staff, and operations will resume. The group said it has temporarily hired a security company amid an unusual number of recent visitors.

Still, this employee has concerns about lack of security going forward.

"The operating authorities are either unaware of the extent of the problem, or unwilling to deal with it,” he said.


AURA said the reason they stayed silent during the shutdown was to prevent potentially alerting the suspect and impeding law enforcement’s efforts.
Posted by Steve Douglass at 7:10 AM No comments: