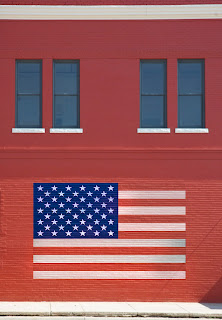 Teach your children well. Teach them about the sacrifices brave American's made to keep our nation free. Sit down with them and talk to them about The Battle at Yorktown, Gettysburg and Mount Suribachi.

Impress on them how many lives were saved (and lost) fighting both World Wars and in the War Against Terror. Impress on them that War is a terrible thing but sometimes to preserve freedom have to be fought.

Remind them that the young men and women who gave their lives were not much older than them - but also celebrate the heroes such as Audie Murphy and Chris Kyle.

Educate them about the Tuskegee Airmen and Seal Team Six.

Show them that war is not something that needs to be glorified but something to be avoided at almost all costs - the exception being freedom.

Tell them we should always fight for freedom.

God wants us to be free. He endowed us with free agency and we should rail against those who try and take that away from us.

For those who are against freedom - for the exploitation of others - be it the enslavement of their hearts minds or bodies, be it the suppression of expression, be it in the name of a race, sex, country or religion are enemies of us all and enemies of God.

Have a wonderful Memorial Day and take time to thank HIM for the brave and the lost, for those who gave some and those who gave all
Posted by Steve Douglass at 8:05 AM No comments: