What the Chinese hypersonic missile means to the world ... 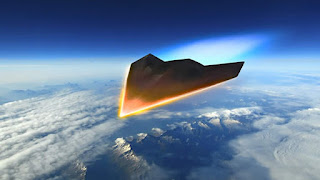 ID: Amid its larger push to dominate the modern-age space race, China has reportedly gone a step further in militarizing the arena as it tested a nuclear-capable hypersonic missile. According to Financial Times, Beijing tested the vehicle in August, which circled the globe before speeding towards its target demonstrating a unique space capability developed by the dragon.

The report late on Saturday said the Chinese military launched a rocket carrying a hypersonic glide vehicle that flew through low-orbit space, circling the globe before cruising towards its target, which it missed by about two dozen miles.

"The test showed that China had made astounding progress on hypersonic weapons and was far more advanced than US officials realised," the report said, citing people briefed on the intelligence. Quoting sources, FT reported that the weapon could, in theory, fly over the South Pole, posing a major challenge for the US military.

The speculation of the secret launch emerged from the China Academy of Launch Vehicle Technology, which said that it had launched a Long March 2C rocket, the 77th launch in July followed by an August 24 announcement releasing details of a 79th flight, but there was no detail about the 78th launch, sparking speculations.

WHAT IS A HYPERSONIC MISSILE?

As countries remain focused on North Korea for its nuclear-capable missile tests, China has reportedly launched a hypersonic missile secretly. A hypersonic missile is a vehicle that achieves a speed five times faster than the speed of sound, crossing Mach 5. These missiles travel at a speed of around 6,115 km per hour, with a combination of technology and manoeuvrability of ballistic missiles and cruise missiles.

Hypersonic weapons can take missile warfare, particularly nuclear warfare, to a new -- and, for many, frightening -- level. According to reports, they can travel much faster than current nuclear-capable ballistic and cruise missiles at low altitudes, can switch direction in flight and do not follow a predictable arc like conventional missiles, making them much harder to track and intercept.

NOT A MISSILE, SAYS CHINA

China, acknowledging the launch, said that it has tested a hypersonic “vehicle” and not a nuclear-capable hypersonic “missile” as was reported. Asked for his reaction to the report, Chinese Foreign Ministry spokesman Zhao Lijian told a media briefing that a test of a hypersonic vehicle was carried out.

“It is a vehicle, not a missile,” Zhao said, adding that as we understand this test, it is just a routine space vehicle test to verify the repeated use of technology of the vehicle.

“This is of great significance to reducing the cost and can also provide an affordable and cheap return means for the peaceful use of space for humanity,” he said.

A GLOBAL RUSH FOR HYPERSONIC

China is not the first to develop hypersonic capabilities, while the country first showcased its hypersonic glide vehicle DF-17 during its national day military parade, the US had in 2020 announced a successful test of an unarmed prototype hypersonic missile. The Pentagon had said in March 2020 that a test glide vehicle flew at hypersonic speeds -- more than five times the speed of sound, or Mach 5 -- to a designated impact point.

Russia has also shown hypersonic capabilities as it declared it had placed into service its first Avangard hypersonic missile in December 2019, making it the first country to claim an operable hypersonic weapon. According to AFP, Russian officials claimed that in tests the missile had reached speeds of up to Mach 27, roughly 33,000 kilometres per hour.

The US has recognized that the hypersonic capability can catalyse the threat of nuclear conflict between rivals. Washington is meanwhile also pouring money into advanced missile defenze research to find ways to protect against hypersonics.

Posted by Steve Douglass at 9:54 AM No comments: