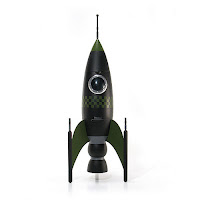 Japanese media say a North Korean rocket has passed over Japan toward the Pacific without incident.

Japan's public broadcaster NHK quoted government officials as saying there were no reports of any debris falling on Japan when the rocket passed over its territory early Sunday.

Prime Minister Taro Aso told reporters at his office that his government was monitoring the launch.

Japan had threatened to shoot down any debris from the rocket if the launch went wrong. It had positioned batteries of interceptor missiles on its coast and radar-equipped ships off its northern seas.

NHK reported that the rocket flew above Japanese airspace. It said some debris had been reported falling in the Sea of Japan, and some more in the Pacific.

The U.N. Security Council is poised to hold an emergency session Sunday to deal with North Korea's rocket launch.

Japan requested an emergency session Sunday among diplomats on the 15-nation council that handles threats to international peace and security, said Yutaka Arima, a spokesman for Japan's United Nations mission.

That request occurred within minutes of the launch, he said.

Approval of a council meeting will come after certain formalities are handled, said Marco Morales, a spokesman for Claude Heller, Mexico's ambassador to the U.N. Mexico holds the council presidency this month.

"As soon as we get the letter, we'll call for a meeting to be held as soon as possible," Morales said.

The U.S. and South Korean governments confirmed North Korea launched a long-range rocket launch from its east coast base that flew over Japan.

North Korea says it was putting a communications satellite into space. The U.S., South Korea, Japan and others suspect Pyongyang of using the launch to improperly test long-range missile technology.

Diplomats at the U.N. say the U.S., Britain, France and South Korea already have begun discussing a possible Security Council resolution to reaffirm its existing sanctions on North Korea.

Those sanctions were imposed in 2006 in an attempt to persuade North Korea to shelve its nuclear program and halt long-range missile tests.

The diplomats said the U.S., Britain and France, each of which holds veto power on the 15-nation council, are unlikely to seek new sanctions in the face of probable resistance from China, North Korea's closest ally, and Russia, the other two nations with veto power.

They spoke on condition of anonymity, because of the sensitive nature of the discussions.
Posted by Steve Douglass at 8:45 PM No comments:

The payload of the rocket remains unclear. North Korea has said the rocket was to carry a satellite into space, but the United States, South Korea and other nations fear it could be a missile with a warhead attached.

On Friday, U.S. President Barack Obama reiterated that the United States strongly opposes any such launch.

UPDATE: SEOUL, South Korea - North Korea launched a rocket that passed over Japan on Sunday, defying calls from world leaders to scrap a plan that has caused international alarm.

The Japanese government said the rocket flew over Japan and its second booster stage had splashed down in the Pacific Ocean, indicating the launch had been successful.

The U.S. State Department confirmed North Korea had launched the rocket but had no further details.

Western aerospace experts said the new North Korean rocket appeared to be fairly large — much bigger than the one Iran fired in February to launch a small satellite, and about the same size as China launched in 1970 in its space debut.

David C. Wright, a senior scientist at the Union of Concerned Scientists, a private group in Cambridge, Mass., said the North Korean rocket might be able to lift a small satellite of 220 pounds into an orbit some 250 miles high. If used as a ballistic missile, he added, the rocket might throw a warhead of 2,200 pounds to a distance of some 3,700 miles — far enough to hit parts of Alaska.

Western analysts agree that North Korea’s missile launching is a military endeavor, despite its payload of an experimental communications satellite and its cocoon of North Korean propaganda. Starting with Sputnik in 1957, most of the world’s intercontinental ballistic missiles began life as satellite launchers.

Dennis C. Blair, the director of national intelligence, told reporters in March that “North Korea is attempting to demonstrate an ICBM capability through a space launch.”

While many analysts have looked at the launching through a military lens, some say another perspective involves political rivalries on the Korean peninsula. For years, South Korea has been gearing up to fire a satellite into orbit and join the space club. Its spaceport of Oinarodo is nearly ready, but a launching scheduled for this month was delayed, giving North Korea an opening.
Posted by Steve Douglass at 8:07 PM 1 comment:

A false alarm was sounded in Japan Saturday when the government announced North Korea had carried out an expected rocket launch. Japan quickly rescinded the announcement but not before the report had been widely disseminated both in the country and internationally.

A jittery Japan went on high alert after Pyongyang announced that an anticipated launch from North Korea was imminent.

But the Japanese government's emergency network, headquartered at the Prime Minister's office, acted prematurely. It announced at 12:16 p.m. local time Saturday North Korea had fired the rocket. The report was immediately aired on national broadcast networks and local authorities activated their emergency responses in areas where it was feared debris from stages of the missile could fall.

Hamada says he wants to make a heartfelt apology to the people of Japan for causing tremendous trouble to them. The defense minister says it is the fault of the Defense Ministry and Self Defense Forces due to a mistake in the transmission of information.

Government officials pinpointed the error as originating at an Air Self-Defense Force radar station, in Chiba Prefecture, which had detected a "flying object" over the Sea of Japan.

Japanese media report, however, there was no indication of a launch from a U.S. early warning satellite system, which is to be used by Japan to verify such an event.

Kawamura says he also wants to apologize for the confusion caused by the government's mistaken announcement of a missile launch. He adds that all alert systems remain in place for the anticipated launch - now not expected to occur before Sunday - and the government will strive to be accurate with further announcements.

North Korea, on Saturday, through its official media, announced all preparations had been completed at the launch site in Musudan-ri, in the north-eastern part of the country.

A television news announcer in Pyongyang says North Korea's launch of what it terms an experimental communications satellite would be sent into space "soon."

North Korea previously informed international aviation and shipping agencies that the launch would take place between April 4 and the 8.


DigitalGlobe satellite image thought to show missile launch pad at Musudan-ni, northeast coastal region of North Korea, 27 Mar 2009
The impending launch has caused anxiety for Japan, which along with the United States and South Korea, have called on North Korea not to proceed. Those governments say such a launch - which they believe will be a ballistic missile test - would violate a United Nations Security Council resolution.

In an unprecedented defensive posture, Japan has deployed Aegis-class destroyers to its northern coast and repositioned Patriot missile batteries in case it needs to shoot down any debris that threatens Japan. Some of the Patriot PAC-3 land-to-air missile systems have been placed in and around Tokyo, the capital. Others are in two northern prefectures expected to be below the flight path of the North Korean missile.

Japan says the launch endangers its security but has backed away from earlier threats to try to shoot down the missile. North Korea said any such action by Japan would mean war.
Posted by Steve Douglass at 3:56 PM No comments: