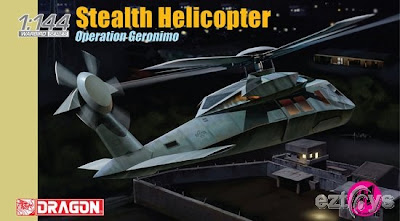 Pakistan may have allowed the Chinese military to examine the US stealth helicopter downed in the operation to kill Osama Bin Laden, reports say.

US officials are quoted as saying there is evidence Pakistan invited Chinese military engineers to the site in Abbottabad in the days after the raid.

The Black Hawk helicopter was blown up by US Navy Seals after it crashed, but the tail remained largely intact.

The covert 2 May raid has strained relations between the US and Pakistan.

The two countries - allies in the fight against the Taliban and al-Qaeda in the region - have been involved in a tit-for-tat row for the last few months, although they have tried to prevent a breakdown of relations.

Pictures and samples
Pakistan enjoys a close relationship with China, which is a major investor in telecommunications, ports and infrastructure in the country.

"The US now has information that Pakistan, particularly the ISI [Pakistan's intelligence service], gave access to the Chinese military to the downed helicopter in Abbottabad," the Financial Times quoted a source in US intelligence circles as saying.

He said Chinese engineers were allowed to survey the wreckage and take samples of the "stealth" skin that allowed the Seals to enter Pakistan undetected by radar, according to the paper.

Both the FT and the New York Times quote intelligence officials as saying they are "certain" the visit took place, although the NYT said officials cautioned that they did not have definitive proof of it happening.

One source said the US case came mostly from intercepted conversations in which Pakistan officials discussed inviting the Chinese to visit the crash site.

In the immediate aftermath of the raid on the compound in Abbottabad housing Osama Bin Laden, US officials had asked Pakistan not to let anyone view the remains of the helicopter.

It was brought back to the US two weeks later following a trip by US Senator John Kerry.

READ THE REST OF THE STORY HERE
Posted by Steve Douglass at 5:31 AM No comments: