Phantom Ray gets a ride ... 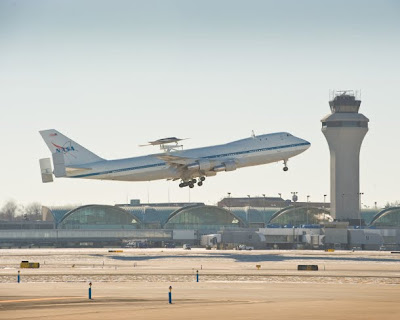 ST. LOUIS, Dec. 13, 2010 -- The Boeing [NYSE: BA] Phantom Ray unmanned airborne system sits atop a NASA Shuttle Carrier Aircraft (SCA), a modified Boeing 747, as it takes off at 1:40 p.m. Central time for today's test flight at Lambert International Airport. The 50-minute flight was conducted in preparation for Phantom Ray's upcoming transport on the SCA to the Dryden Flight Research Center at Edwards Air Force Base, Calif.

"This is exciting not just because it's the first time that an aircraft other than the space shuttle has flown on the SCA, but also because it puts Phantom Ray that much closer to making its first flight," said Craig Brown, Phantom Ray program manager for Boeing.

The SCA flights with Phantom Ray are being conducted under a Boeing-funded, commercial Space Act Agreement with NASA. Once Phantom Ray arrives at Dryden, it will undergo ground and high-speed taxi tests to prepare for its first flight in early 2011.

Phantom Ray is one of several programs in Boeing's Phantom Works division that are part of the company's rapid prototyping initiative to design, develop and build advanced aircraft and then demonstrate their capabilities. 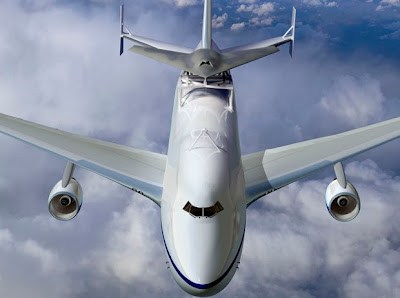 Posted by Steve Douglass at 8:30 PM No comments:

Posted by Steve Douglass at 6:41 PM No comments:

I long for the Cold War days when they only threatened to nuke us ...

Posted by Steve Douglass at 6:56 AM No comments: