SAN FRANCISCO — Defense Secretary Leon Panetta has warned the United States would retaliate against insurgents based in Pakistan blamed for staging a dramatic attack in the Afghan capital.
A day after a 19-hour assault staged near the US embassy and NATO headquarters, Panetta expressed frustration that the Pakistani government has so far failed to crack down on Haqqani network militants that Washington suspects carried out Tuesday's attack.

"Time and again we've urged the Pakistanis to exercise their influence over these kinds of attacks from the Haqqanis and we've made very little progress in that area," Panetta told reporters aboard his plane before landing in San Francisco.

"I'm not going to talk about how we're going to respond. I'll just let you know that we're not going to allow these kinds of attacks to go on," he said.

Panetta's tough words come amid strained relations with Islamabad following the US raid that killed Osama bin Laden at his Pakistani hideout on May 2, a raid that Panetta oversaw while he was CIA director.

Islamabad's leaders had no advance word of the secret operation, which has caused anger and soul-searching in Pakistan.

As head of the Central Intelligence Agency, Panetta also presided over a dramatic expansion in drone bombing raids in Pakistan, with robotic aircraft targeting Al-Qaeda and Taliban militants in the country's northwest tribal areas.

US officials have for years demanded Islamabad move against the Haqqani network, which operates in part out of sanctuaries inside Pakistan's borders.

Before the Kabul attack, the US military blamed the Haqqani militants for a truck bombing on Saturday against a NATO base in Wardak province that wounded 77 American troops.
"I'm very concerned about the Haqqani attacks because, number one, they're killing people, they're killing our forces.

"But number two, they escape back into what is a safe haven in Pakistan. And that's unacceptable. So the message they need to know is that we're going to do everything we can to defend our forces."
The 19-hour Taliban assault on Kabul turned the city's most heavily secured district into a battle zone. Fifteen people were killed and six foreign troops wounded in the attack.
The insurgents managed to occupy a high-rise building site that towers over the US embassy and NATO's headquarters in Afghanistan, firing rockets and spraying gunfire well inside a supposedly secure zone.

The bold assault is the latest in a series of attacks in Kabul that suggest the Taliban can move with apparent ease around the capital, a decade after their regime was ousted by US-led forces.

READ THE REST OF THE STORY HERE
Posted by Steve Douglass at 7:47 PM No comments:

Visit msnbc.com for breaking news, world news, and news about the economy

Ayman al-Zawahri and key commanders are believed to have "migrated" from South Asia, the source said.Al-Zawahri was Osama bin Laden's deputy and became head of al-Qaida after bin Laden's was killed by U.S. Navy SEALs in Pakistan.

NBC News reported Tuesday that a senior U.S. intelligence official believed that al-Zawahri was "constantly on the run" as he tried to avoid being targeted by CIA drone strikes or a special forces raid. NBC News' Jim Miklaszewski said al-Zawahri was focusing on "just trying to stay alive" and had no role in any al-Qaida operations.

The Pakistani official, who requested anonymity because he is not allowed to speak to the media, said that "solid intelligence reports based on recent al-Qaida arrests" suggested that al-Zawahri had "gone either to Yemen or Somalia
Posted by Steve Douglass at 5:38 AM No comments: 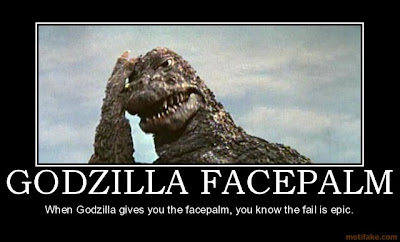 Six militants have been killed and the building they were firing from has been cleared, the ministry said.

The strike in central Kabul began Tuesday amid intelligence that insurgents might launch a high-profile attack in the capital around the 10th anniversary of the September 11, 2001, terrorist attacks against the United States, a coalition officer and a senior official of NATO's International Security Assistance Force confirmed to CNN.

Afghan and international troops "trapped the insurgents in the partially-constructed, multi-story building they were using as a firing position, and conducted a methodical, floor-by-floor clearing operation," ISAF said.

Central Kabul is considered a high-security area, and it is protected by police and other security forces.

"Afghan security forces responded bravely, contained the insurgents, and systematically eliminated the threat. Once again, I was impressed by the courage, skill and fighting spirit of Afghan forces. The insurgency has again failed," Gen. John R. Allen, ISAF commander, said Wednesday.
Casualties occurred in three other incidents Tuesday in other parts of the city, the Interior Ministry said.

The attack by the Taliban continued what has been a violent period. Over the weekend, two Afghan laborers were killed while 77 U.S. troops and 25 Afghan workers were wounded in a Taliban truck bombing on an ISAF base in Afghanistan's Wardak province.

Last month, Taliban suicide bombers killed at least eight people in Kabul when they attacked the British Council, a British-government-affiliated body that fosters cultural and academic exchanges.
The Taliban harbored the al Qaeda network that launched the 9/11 strike. A U.S.-led coalition toppled the Taliban and has been fighting militants in Afghanistan for nearly 10 years.

NATO is drawing down and handing over security control to national forces. Some 10,000 U.S. troops are scheduled to depart by year's end, with all U.S. military personnel out of Afghanistan by the end of 2014.
Posted by Steve Douglass at 5:27 AM No comments: