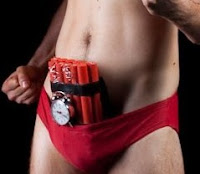 CNN) -- The would-be assassin of Saudi Arabia's Prince Mohammed bin Nayef, head of Saudi Arabia's counterterrorism efforts, hid his bomb in his underwear, apparently believing that cultural taboos would prevent a search in that part of his body, according to a Saudi government official close to the investigation.

The prince, head of Saudi Arabia's counterterrorism efforts, was slightly injured when the bomb exploded in the August attack. Several news reports this week have said the assailant hid the bomb inside his rectum, but according to the Saudi official, the government assessment discounted those reports, based on various factors.

Among them: When the bomb went off there was a flash of light, suggesting that the bomb was not hidden inside the assassin's body. Also, doctors consulted by the government judged that the toxicity of the plastic explosives would make them hard to hold for many hours inside the rectum, and the environment in this area of the body would make detonation "difficult," according to the Saudi official close to the investigation.

The Saudis said they think the bomb weighed 100 grams and was made with a plastic explosive, to avoid detection by metal detectors through which the would-be assassin had to pass before he was allowed to meet with the prince.

The official said the explosive was PETN, which was used by the so-called shoe bomber Richard Reid, who attempted to blow up an American Airlines flight between Paris, France, and Miami, Florida, in December 2001.

The Saudis are exploring the possibility that the prince's assailant exploded the device using a detonator that used a chemical fuse, which would not be detected by a metal detector.

The would-be assassin -- a Saudi member of al Qaeda who had fled to Yemen, identified as Abdullah Hassan al Asiri -- posed as a member of the terror group willing to surrender personally to Prince Nayef.

Washington - US military officials say a small, single engine plane crashed near Muncie, Indiana, after operating erratically. They said they believe the pilot, who was the only person on the plane, had been suffering from a lack of oxygen.

A spokesman for US Northern Command said that military officials do not believe it is terrorism related. Instead, Michael Kucharek said the pilot may have blacked out due to a condition known as hypoxia.

The FAA reports the six-year-old plane, a Mooney M20, took off from Grand Rapids, Michigan. It is registered to a company based in Ada, Michigan.

The plane was flying at 25,000 feet when Grand Rapids control lost radio contact with the pilot and called for military assistance to make a visual contact.

At around 9:30 am, F-16 fighters under the direction of North American Aerospace Defense Command intercepted the aircraft.

SEE THE FLIGHT TRACK OF THIS AIRCRAFT HERE

"It was creating a situation where he would speed up, slow down, change course. He was flying in a southerly direction but he was flying erratically," said John Erickson, Indiana Department of Homeland Security.

"It was steadily losing altitude and they were reporting that as it happened," said Erickson.

According to the Indiana Guard, the escorts came from the Ohio Air Guard.

The NTSB will be handling the investigation. The pilot's condition is not known at this time.

Kucharek said the plane was heading south-southeast and had been speeding up and slowing down to dangerous speeds. Law enforcement was on the scene.

Initially there was some concern that the plane was headed towards Indianapolis and that it might crash somewhere on North Keystone, a busy thoroughfare.

NORAD's mission - in close collaboration with homeland defense, security, and law enforcement partners - is to prevent air attacks against North America, safeguard the sovereign airspaces of the United States and Canada by responding to unknown, unwanted and unauthorized air activity approaching and operating within these airspaces, and provide aerospace and maritime warning for North America.

NORAD may be required to monitor, shadow, divert from flight path, direct to land and/or destroy platforms deemed a potential threat to North America.

NORAD is the bi-national Canadian and American command that is responsible for the air defense of North America and maritime warning. The command has three subordinate regional headquarters: the Alaskan NORAD Region at Elmendorf Air Force Base, Alaska; the Canadian NORAD Region at Winnipeg, Manitoba; and the Continental NORAD Region at Tyndall Air Force Base, Fla. The command is poised both tactically and strategically in our nation's capital to provide a multilayered defense to detect, deter and prevent potential threats flying over the airspace of the United States and Canada. 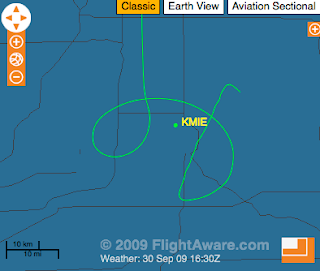 Posted by Steve Douglass at 11:26 AM No comments: 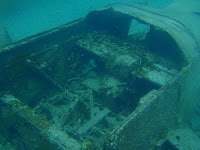 Searchers in California say they have found and identified the wreck of a fighter jet that disappeared into the Pacific Ocean near Los Angeles International Airport nearly 54 years ago.


Searchers found the wreckage of a T-33A jet on the Santa Monica Bay floor. The jet disappeared in 1955.

The searchers were looking for another missing plane when they came upon the wreckage of a Lockheed T-33A jet trainer, said Pat Macha, an aircraft archeologist who has identified about 3,700 crash sites and visited more than 800.

"It's a funky thing," Macha said Tuesday. "You're looking for one aircraft, and you find another."

The T-33 disappeared shortly after taking off on an early-morning training navigation flight October 15, 1955, an Air Force Aircraft Accident Report says. Two crewmen were aboard. The plane had been presumed lost at sea all these years.

The discovery started this year near Austin, Texas, where computer expert Gary Fabian found "what looked like a few little pixels" on a high-definition U.S. Geological Survey image of the Santa Monica Bay ocean floor.

Fabian is the founder of a group of unpaid sleuths who discovered a missing World War I German U-boat off the California coast in 2003. The group, known as UB88.org, has continued to search for other wrecks.

Before moving to Texas, Fabian became interested in military aircraft wrecks and found Macha about five years ago in Huntington Beach, California.

Macha told him about his search for the wreckage of a P-51D Mustang fighter flown by World War II Women's Air Force Service pilot Gertrude V. "Tommy" Tompkins Silver. The plane was presumed lost at sea in 1944.

Of the 38 WASP pilots who lost their lives in World War II, Macha said, Silver's is the only wreckage that has not been found. Macha has been searching for the wreckage for 11 years.

Silver's 100-year-old sister lives in Florida, Macha said, and he would like to find the wreckage so she can know what happened.

From Texas, Fabian sent the map info to Ray Arntz, owner and operator of a southern California dive company and a fellow member of UB88.org.

Arntz and some his employees set out to search three wrecks using side-scan sonar. Two turned out to be boats. They weren't sure about the third.

"I just grabbed a tank and went down to look at it," Arntz said.

He saw a fairly compact debris field with a lot of aluminum, which indicated that it was an airplane. Then he saw landing gear.

A manufacturer's number on a feed mechanism for a 50-caliber machine gun started him and the others toward piecing together what they had found. The engine appeared to be a jet, so he knew it wasn't the Mustang, which had a propeller motor.

By that point, Arntz said, "We know it's not what we're looking for."

The manufacturer's number indicated that it was a T-33 Shooting Star. Researching government documents, the searchers found that a T-33 had disappeared in the area.

That was about a month ago. The searchers kept quiet about their find until family members could be notified. Macha said he spoke with a relative of one of the two crew members a few days ago.

The searchers had another reason for initially keeping silent about their find.

"We're trying to quietly do this stuff and move on so the sites don't get ravaged," Arntz said.

The group also found a B-36 Peacemaker bomber near San Diego last year. The plane disappeared in 1952.

For the three searchers, finding wrecks is an unpaid passion.

"We do this fairly consistently," said Arntz, 61. "As amateurs, this is our form of recreation."

Said Fabian with a laugh, "It's an absolutely money-losing proposition."

Fabian, 46, is an ex-sports fisherman who says he has an "obsession" with the water and an "interest in the maritime history of Southern California."

Macha, 64, says he got interested in aircraft wrecks in the 1960s when he found a crash site while working in a Boy Scout camp in the San Bernardino Mountains.

There are 2,500 crash sites in California, he said, where all or parts of an airplane still remain. Some of them are chronicled on his Web site, aircraftwrecks.com.
Posted by Steve Douglass at 4:51 AM No comments: