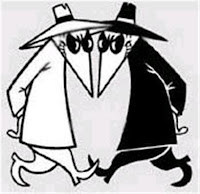 
His wife, Gwendolyn Steingraber Myers, 71, pleaded guilty to conspiracy to gather and transmit national defense information. She agreed to serve a sentence of between 6 and 7½ years in prison.
The couple, who appeared in U.S. District Court on Friday, were captured June 4 after an FBI agent posing as a Cuban intelligence officer managed to coax them into offering information on U.S. government personnel, authorities said.

In a diary quoted in the federal affidavit released in June, Myers expressed his opinions on the flaws of the United States and the appeal of Cuba. "The abuses of our system, the lack of decent medical system, the oil companies and their undisguised indifference to public needs, the complacency about the poor, the utter inability of those who are oppressed to recognize their own condition ...," he wrote of the United States.

"Have the Cubans given up their personal freedom to get material security? Nothing I have seen yet suggests that," he wrote. "I can see nothing of value that has been lost by the revolution. The revolution has released enormous potential and liberated the Cuban spirit."

READ THE FULL STORY HERE
Posted by Steve Douglass at 6:37 PM No comments:

Houston - we don't have a problem - so why is that alarm sounding? 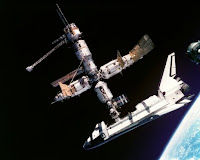 (CNN) -- Astronauts aboard the international space station and space shuttle Atlantis woke up to a worrying sound -- alarms indicating a fire and dangerous loss of pressure, NASA said Friday.

However, a check revealed no serious trouble.

Depressurization-caution alarms sounded just after 8:30 p.m. ET Thursday, waking the shuttle and station crew, NASA said. The flight control teams on the ground determined there was no depressurization and shut off ventilation fans.

The crew was never in any danger, NASA said, and teams on the ground are looking into the cause of the false alarm.
Flight control teams at Mission Control in Houston, Texas, were bringing the station back to normal soon after the alarms, but it was 10:15 p.m. by the time the crew was able to go back to sleep because they had to wait for the station's ventilation system to be reactivated, NASA said.

Crew members go back to work Friday when they'll be focusing on preparations for Saturday's spacewalk, NASA said. They'll have to recharge batteries, switch out spacesuits and review procedures.
They also will use the shuttle's robotic arm to grab a second cargo pallet of spare equipment Atlantis brought up in advance of its transfer to the space station Saturday, NASA said.
Posted by Steve Douglass at 7:55 AM No comments: