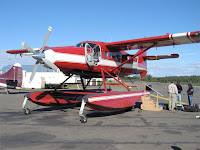 CNN) -- Former Alaska Sen. Ted Stevens has died in a plane crash near Dillingham, Alaska, and his family has been notified, the senator's former chief of staff, Mitch Rose, confirmed to CNN Tuesday.
The private plane carrying Stevens and a former head of NASA crashed Monday night in a rugged stretch of southern Alaska. The crash left at least five people dead, but at least three people survived, authorities said.

EADS North America said its chief executive officer, Sean O'Keefe, who formerly headed the National Aeronautics and Space Administration, was a passenger on the aircraft.
Maj. Guy Hayes, a spokesman for the Alaska Air National Guard, said rescue crews were working to get at least three injured people away from the scene. He said it's possible there may be more survivors.

"They have definitely worked on two people. They're working on a third person to get him out of there right now," said Hayes, who noted that rough terrain has complicated rescue efforts.
"It's been pretty difficult to get into the area," Hayes said. "It took them roughly about 12 hours, I think, from when the plane was spotted by good samaritans until we got there on scene."

The Stevens family issued a statement earlier Tuesday.
"The Ted Stevens family offers their prayers for all those on board and for their families. We thank the brave men and women who are working to reach the site," said the statement, read on CNN by Rose.

Because of its vast size, air travel is common in Alaska, often through perilous weather. Stevens expressed his own fears after a 1978 crash that killed his first wife and four others.
"Plane crashes are the occupational hazard of Alaska politics," Stevens told the Washington Post in 1979. The Post added, "He said he often felt as if one's number had to come up eventually, and even though he had been a fighter pilot in World War II, the prospect of flying around in his campaign frightened him."

In 1972, House Majority Leader Hale Boggs and U.S. Rep. Nick Begich were traveling in a plane that is thought to have crashed in Alaska. It was never found. Nick Begich was the father of one of Alaska's current U.S. senators, Mark Begich.
News of the crash reverberated across the state and country. Sarah Palin, the former Alaska governor and the 2008 Republican vice presidential candidate, sent out a Twitter message saying: "Heartbreaking Bristol Bay plane crash. Alaska's heart surrounds loved ones. More info coming in; pls pray for Dillingham rescue this morning."

The White House also cited the loss. "Our hearts and our thoughts and prayers go out to all the families who suffered a loss today," said deputy press secretary Bill Burton.
Federal Aviation Administration reports said eight or nine people were on the plane. The reports said five people died and others were injured.

The agency's Alaska office said the flight was from GCI Lodge on Lake Nerka to Dillingham. Matthew Felling, an anchor and a reporter for KTVA, told CNN the people on the flight were headed to a fishing trip.

Inclement weather was reported in the area at the time of the crash, said Hayes, the Coast Guard spokesman.

The Dillingham region, near the Bering Sea southwest of Anchorage, is rugged terrain surrounded by mountains. Storms there don't move quickly during this time of year but aren't as strong as those in winter, said Rob Marciano, CNN meteorologist.

"We haven't seen visibility improve much, so fog is an issue, and we haven't seen much in the way of that clearing," he said.
Megan Peters, a state police spokeswoman, said the crash area is a remote location that's hard to reach.

"We have the best of the best in the search-and-rescue field in this state ... and when they have trouble getting into an area, I know it's bad," she said.
The NTSB said the plane crashed 10 miles northwest of Aleknagik about 8 p.m. Federal Aviation Administration spokesman Paul Takemoto said that the plane was a DeHavilland DHC-3 Otter. He said its tail number was N455A and it was registered to GCI Communications Corp., based in Anchorage. Bush pilots commonly use such planes.

Col. Dave Lapan, a Pentagon spokesman, said three rescue squadrons of the Alaska Air National Guard had been asked by the coordination center to respond to the scene. They fly both helicopters and fixed wing-aircraft. The Alaska Air National Guard and U.S. Coast Guard said they had personnel on the crash site, which was about 17 miles north of Dillingham, according to Alaska's Department of Military and Veteran Affairs.

An Alaska Air National Guard HH-60 Pave Hawk helicopter carrying rescue crews landed Tuesday morning and gave "medical support to the crash victims," it said.
O'Keefe had a long career in the government and higher education, most recently serving as NASA administrator from December 2001 until his resignation in February 2005.

Before heading NASA, O'Keefe served for 11 months as deputy director of the Office of Management and Budget, overseeing the preparation, management and administration of the federal budget.
Stevens served more time in the U.S. Senate than any Republican in history.
He earned the nickname "Uncle Ted" and a reputation as one of the most effective of all pork-barrel lawmakers, a senator who funneled billions of federal dollars to his home state.

Born November 18, 1923, Stevens graduated from UCLA and Harvard Law School and moved to Alaska in the 1950s to work as a lawyer. He was elected to the state's House of Representatives in 1964 and 1966.

In July 2008, a federal grand jury indicted Stevens for making false statements on financial disclosure forms. He was convicted on October 27, 2008.

The next month, Stevens lost a bid for re-election to Democratic challenger Begich, then the mayor of Anchorage. Citing prosecutorial misconduct, a federal judge later dismissed Stevens' conviction.
Posted by Steve Douglass at 1:26 PM No comments:

It was shortly after 2:00 AM when the alarm went off.

Although Ken hadn’t been asleep very long it still took his brain some time to understand what was going on.

Instinctively his hand groped for the snooze button on the alarm clock but even after his fingers found it, the pesky buzzing continued. It took a few seconds longer for Ken to realize it wasn’t his clock that was beeping loudly, but his computer.

As the realization suddenly set in on what the alarm meant Ken bolted upright, fully awake.

Throwing his covers off, Ken jumped up as if he had been lying on a spring and ran over to the computer console.

On the screen a blinking, vibrant word CRITICOM flashed in contrasting red and yellow letters, hurting his still sleepy eyes.

He had only received one CRITICOM since he had established the INTERCEPTOR encrypted e-mail system 3 years ago.

It contained a news flash alerting Interceptors about the terrible events that took place on 9-11-2001.

The CRITICOM was a call for all Core Interceptors (an organized network of professional and amateur radio communications monitors) to tune in and record any and all communications possibly related to the terrorist attacks on America. Ken recalled it was one of the saddest, maddening and harried days of his life.

Minutes after it was clear America was being attacked, Ken’s phone began ringing off the hook with news reporters' frenzied requests for information. Many national news agencies relied on Ken’s company called “Reliable Source” and knew if anyone had the inside information on the origin of the terrorist attack, he did.

The confusion on the military and aviation radio-bands on that horrible day was beyond frightening.

Every civilian aircraft flying at the time was ordered by the FAA to land immediately, while at the same time the military launched fighters into the sky to seek out, identify and (if ordered to)shoot-down hijacked civilian airliners.

Ken’s heart skipped a beat as he couldn’t help but flash-back to that horrific day and hoped the CRITICOM he had just received wasn’t more of the same.

Ken then set about the task of retrieving the urgent e-mail message but it wasn’t as easy as just clicking the mouse button and opening a file.

The message itself was encrypted to keep unauthorized eyes from reading it.

Per the small chance that someone was reading Ken’s e-mail, such as the FBI (using their Dragonware 2.0 Suite of e-mail analysis programs), upon opening the message all one would see was page after page of seemingly nonsensical random numbers and letters.

To make the message readable required a key, a special computer program that decoded the cipher.

Problem was, the key to the cipher was not kept on this computer. Ken would have to save the message to a flash drive and physically transfer it to another computer, one specifically not connected to the Internet to avoid getting hacked.

Ken then fished for his car keys inside a jacket he had hanging on the back of the bedroom door. Once he found them he quickly wound his way downstairs and eventually to the basement.

As he flicked on the light, he was hit by the familiar musty smell that dwelled in places where sunshine never shines.

In a dark corner of the basement sat an uneven and water stained card table. On it rested an ancient-looking computer, covered by a yellowing plastic dust cover.

At first glance anyone would think this box of stale, outdated microchips was a relic from the 1980s, an early version of a slow-as-snails home PC, a museum piece at best, but hidden inside the well-worn shell was a modern and super-fast number-crunching maniac of a machine.

Ken had built the computer himself, assembling cutting-edge components inside what looked like a garage sale castoff that no one but an antique collector would take a second glance at.

That was exactly what Ken wanted, because inside this machine were contained his precious “Interceptor Files” hidden away from government spies and hackers but always close by and in plain sight, the last place anyone would look. Ken wasn’t up to anything illegal, but the information in his files was sensitive and to be protected, especially from spies working for hostile countries. The only way to be sure it was protected was to isolate it, disguise it and protect the files with advanced encryption.

Ken removed the dust cover, plugged in the machine and booted it up. Amazingly, it only took seconds to come to life.

Ken inserted the flash drive, loaded the message onto the hard drive and dropped it on the Blue-Crypt program and entered his memorized cipher key.

But that wasn’t enough to decipher the file. It required another key, an image stored on another flash drive attached to Ken’s car keys.

He nervously fumbled his keys and inserted the second flash drive into a second USB port, transferred the image of the drive and dropped it on the icon that represented the encrypted message.

“One can’t be too careful.” He said to himself. “You never know who might be intercepting.” He mumbled.

A comical image (a grinning goat wearing braces) flashed on the screen and then disappeared. It was replaced with the now un-encrypted CRITICOM message. 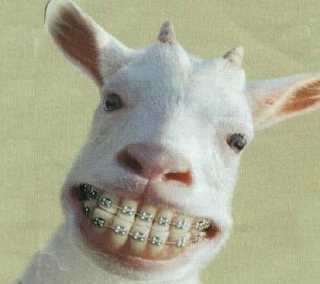 
Buy the book for only $3.99 (limited time offer) at SMASHWORDS!

Posted by Steve Douglass at 7:17 AM No comments: