The Department of the Air Force announced today its actions to consolidate the F-22 fleet. The secretary of the Air Force and the chief of staff of the Air Force determined the most effective basing for the F-22. This requires redistributing aircraft from one F-22 squadron to units at four F-22 bases. A second squadron will be relocated to an existing F-22 base.

The affected bases are:

Teams surveyed four F-22 bases, evaluating them for feasibility, timing, cost, and planning purposes to accept additional F-22 aircraft. The secretary of the Air Force and the chief of staff of the Air Force carefully considered the site survey results and military judgment factors in making these basing determinations. These actions will be finalized subject to completion of appropriate environmental analysis.

For more information contact the Secretary of the Air Force Public Affairs Office at 703-695-0640.
Posted by Steve Douglass at 1:58 PM No comments: 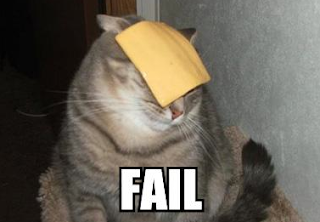 The government had earlier said the tanker was passing through the Strait of Hormuz when it was exposed to a high wave as a result of an earthquake shock.
However, the state news agency WAM reported, the tanker "was the target of a terrorist attack while passing through international waters near the Strait of Hormuz."
Workers fixed the damage to the vessel and the attack caused no human injuries or oil spills, the agency said.

The militant Islamist group claimed responsibility for the explosion aboard the oil tanker on Monday.

In a statement posted on various websites that regularly carry messages from al Qaeda leaders, the Abdullah Azzam Brigades included a picture of a man they claimed carried out a suicide attack on the tanker on July 28.

The group said the attack was intended to "strike an economic blow to the infidels." It is believed to be behind several attacks in the Middle East, including the October 2004 attack on a hotel and nearby camp sites in Egypt that killed more than three dozen people.
The statement from the Abdullah Azzam Brigades said the attack on the tanker was the "conquest of Sheikh Omar Abdel-Rahman" -- a reference to the imprisoned blind cleric who inspired the 1993 World Trade Center bombing in New York
Posted by Steve Douglass at 1:49 PM No comments:

ABOARD THE USS GEORGE WASHINGTON (AP) — Nothing projects U.S. global air and sea power more vividly than supercarriers. Bristling with fighter jets that can reach deep into even landlocked trouble zones, America's virtually invincible carrier fleet long has enforced its dominance of the high seas.

China soon may put an end to that.

U.S. naval planners are scrambling to deal with what analysts say is a game-changing weapon being developed by China: an unprecedented carrier-killing missile called the Dong Feng 21D that could be launched from land with enough accuracy to penetrate the defenses of even the most advanced moving aircraft carrier at a distance of more than 900 miles.

Analysts say final testing of the missile could come as soon as the end of this year, though questions remain about how fast China will be able to perfect its accuracy to the level needed to threaten a moving carrier at sea.

The weapon, a version of which was displayed last year in a Chinese military parade, could revolutionize China's role in the Pacific balance of power, seriously weakening Washington's ability to intervene in any potential conflict over Taiwan or North Korea. It also could deny U.S. ships safe access to international waters near China's 11,200-mile-long coastline.

While a nuclear bomb theoretically could sink a carrier, assuming its user was willing to raise the stakes to atomic levels, the conventionally-armed Dong Feng 21D's uniqueness is in its ability to hit a powerfully defended moving target with pin-point precision.

Funded by annual double-digit increases in the defense budget for almost every year of the past two decades, the Chinese navy has become Asia's largest and has expanded beyond its traditional mission of retaking Taiwan to push its sphere of influence deeper into the Pacific and protect vital maritime trade routes.

"The Navy has long had to fear carrier-killing capabilities," said Patrick Cronin, senior director of the Asia-Pacific Security Program at the nonpartisan, Washington-based Center for a New American Security. "The emerging Chinese antiship missile capability, and in particular the DF 21D, represents the first post-Cold War capability that is both potentially capable of stopping our naval power projection and deliberately designed for that purpose."

Setting the stage for a possible conflict, Beijing has grown increasingly vocal in its demands for the United States to stay away from the wide swaths of ocean — covering much of the Yellow Sea, East Sea/Sea of Japan and South China Sea — where it claims exclusivity.

It strongly opposed plans to hold U.S.-South Korean war games in the Yellow Sea off the northeastern Chinese coast, saying the participation of the USS George Washington supercarrier, with its 1,092-foot flight deck and 6,250 personnel, would be a provocation because it put Beijing within striking range of U.S. F-18 warplanes.

The carrier instead took part in maneuvers held farther away in the East Sea/Sea of Japan.

U.S. officials deny Chinese pressure kept it away and say they will not be told by Beijing where they can operate.

"We reserve the right to exercise in international waters anywhere in the world," Rear Adm. Daniel Cloyd, who headed the U.S. side of the exercises, said aboard the carrier during the maneuvers, which ended last week.

READ THE REST OF THE STORY HERE
Posted by Steve Douglass at 7:59 AM No comments: