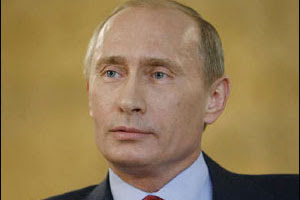 RIANOVOSTI: The Russian Federal Protective Service (FSO) confirmed on Monday that it had received information about a “terrorist attack” plotted against “Russia’s leadership.”

State-run Channel One reported earlier on Monday that Ukrainian and Russian security services had gathered information about a plot to assassinate Russian Prime Minister Vladimir Putin, who is poised to be elected president on Sunday.

“The Federal Security Service has taken all necessary measures to ensure security of the country’s authorities,” FSO spokesman Sergei Devyatov told RIA Novosti, adding that the information about the “potential threat” was received in January.
“Members of a criminal gang preparing the terrorist attack have been detained,” he said.

The Channel One report said the plotters were on the international wanted list and were detained in the Ukrainian port city of Odessa in early January, following an explosion in their rented apartment.

Two men were arrested, while a third man, who was also in the apartment, died in the explosion, the TV channel said. They had reportedly been trying to produce home-made explosives.

According to the TV channel, after weeks of interrogation, the gang members confessed they were planning to assassinate Putin in Moscow, soon after the March 4 presidential elections.

One of the surviving militants, Ilya Pyanzin, said that the Chechen militant leader Doku Umarov, who is believed to be behind the deadliest terrorist attacks in Russia, hired him and the late Ruslan Madayev to kill Putin.

Pyanzin and Madayev came from the United Arab Emirates via Turkey to Ukraine. In Odessa, they were met by a local fixer, Adam Osmayev, who was supposed to brief the militants about the plan and send them to Moscow.

The TV report, featuring Osmayev 's interrogation, says that the militant, who had been on the international wanted list since 2007, is cooperating with investigators, as he hopes not to be extradited to Russia.

“The final task was to go to Moscow and carry out an assassination attempt on premier Putin,” Osmayev said during questioning, adding that the late Madayev was ready to be a suicide bomber.

According to the assassination plan that was found in the militants’ laptop, they had to learn the structure of Putin’s security team and how his bodyguards worked, the report said.

“The deadline was set up for the period after the presidential elections,” Osmayev said.

Osmayev confessed that he scrutinized the routes of government motorcades and that the preparation for the attack was in its final stage.

Osmayev was quoted as saying in an interview with Channel One that had learned how to produce explosives during his time at the University of Buckingham in Britain. According to the report, he also met “militants who had fled Russia” there.
The TV channel said the militants were going to use mines hidden near Moscow’s Kutuzovsky Avenue, which Putin passes every day on his way to the government building in downtown city.

An unknown security official told the TV channel that the mines were powerful enough to “tear apart a truck.”

Osmayev reportedly told the TV channel that part of the mines were produced in Moscow from “components that can be bought in the shop.”
Ukrainian Security Services confirmed the information released about the assassination plot.

Putin’s spokesman, Dmitry Peskov, was not available for comment.
Putin, who served as president from 2000 to 2008, is expected to return to the Kremlin for a third, non-consecutive term in office in elections on March 4.
Posted by Steve Douglass at 12:39 PM No comments: 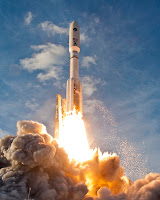 “MUOS is a revolutionary new satellite system that will provide unprecedented new communications capabilities for the armed forces,” said Kevin Bilger, Lockheed Martin vice president and general manager of Global Communications Systems. “We look forward to executing a smooth and efficient on-orbit checkout, paving the way for operational use.”

MUOS satellites feature a wideband code division multiple access payload that incorporates advanced technology to provide a 16-fold increase in transmission throughput over the current UFO satellite system. A single MUOS satellite will provide four times the capacity of the entire legacy UFO constellation of 10 satellites. The satellites also include a hosted legacy UHF payload that will be fully compatible with the current UFO system and legacy terminals.

Headquartered in Bethesda, Md., Lockheed Martin is a global security company that employs about 123,000 people worldwide and is principally engaged in the research, design, development, manufacture, integration and sustainment of advanced technology systems, products and services. The Corporation's net sales for 2011 were $46.5 billion.
Posted by Steve Douglass at 7:38 AM No comments: 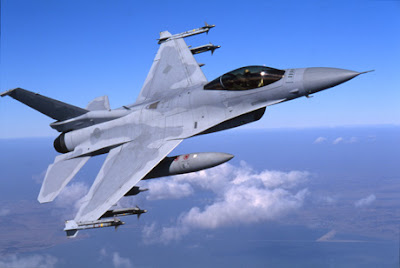