U.S. using "technical means" to keep an eye on Egypt 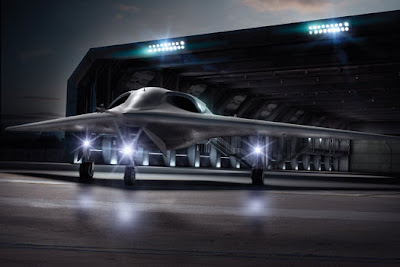 The U.S. military and intelligence community are using "national technical means" in the skies over Egypt to gather information about the demonstrations and the deployment of Egyptian security forces.
The phrase "national technical means" is used by the U.S. government to generally refer to the use of reconnaissance satellites or other assets to gather imagery or signals intelligence.

A senior U.S. official with direct knowledge of the operation confirmed the intelligence gathering, but declined to be identified because of the sensitive nature of the matter.

The official said the decision to use intelligence gathering assets came in part after the initial violence erupted in the early days of the Cairo demonstrations.
Posted by Steve Douglass at 9:13 AM No comments:

Egypt In absence of a dictator ...

Update at 11:08 a.m. ET: Hundreds of thousands of demonstrators erupted in jubilation in Tahrir Square as vice president Omar Suleiman announces that President Mubarak has resigned and called on the army to "run the affairs of the country."

Update at 11:05 a.m. ET: Egyptian President Hosni Mubarak has resigne.d Vice President Omar Suleiman said in a brief televised statement. His statement in full: "Hosni Mubarak has waived the office of presidency and told the army to run the affairs of the country.

Tanks guarding the presidential palace in Cairo turned their turrets away from approaching demonstrators, eliciting a huge cheer from the crowd, CNN's Ivan Watson reported.
Posted by Steve Douglass at 7:57 AM No comments:

UPDATE: CAIRO - EMBATTLED Egyptian President Hosni Mubarak left Cairo with his family on Friday, a source close to the government told AFP, and a ruling party spokesman said the ruler was now in Sharm el-Sheikh.

'Mr Mubarak has left Cairo with all his family,' the source said.

His departure comes on the 18th day of massive nationwide rallies demanding his immediate overthrow. Hundreds of thousands of protesters have rejected concessions made by Mr Mubarak's government and vowed to keep demonstrating until their demands are met.

And his apparent departure to Sharm, a Red Sea resort town in which he maintains a residence, appeared to do little to placate protesters.

'He has to leave the country, our demands are clear,' said Magdy Sabry, one of thousands blockading the state television building in central Cairo. -- AFP

l Arabiya television reported on Friday that President Hosni Mubarak and his family had left Cairo from a military airbase in the suburbs and had travelled to the Red Sea resort of Sharm el-Sheikh.

UPDATE: A local government official says President Hosni Mubarak is in the Red Sea resort of Sharm el-Sheikh, 250 miles from the capital Cairo, where protesters are deluging squares and marching on presidential palaces and the State TV building.

The official, who asked not to be identified because of the sensitivity of the issue, said Friday that Mr. Mubarak arrived at the airport in Sharm and was greeted by the local governor.


View Larger Map
Posted by Steve Douglass at 4:07 AM No comments: