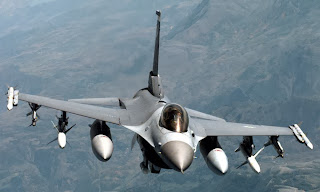 ABC NEWS: U.S. officials say an American airstrike has hit pro-Syrian government forces in southern Syria as they were setting up fighting positions in a protected area.

The officials say the strike near Tanf hit a tank and a bulldozer and forces there, but it was not clear if they were Syrian army troops or other pro-government allies.

One official says the pro-regime forces had entered a so-called "de-confliction" zone without authorization and were perceived as a threat to U.S.-allied troops there. The officials say the strike was a defensive move to protect the U.S. allies. It wasn't clear if U.S. forces were there.

The officials weren't authorized to speak publicly on the matter and demanded anonymity.

Syrian opposition activists say a suspected coalition airstrike has hit a convoy of pro-government forces in the desert near the border with Jordan.

There was no immediate response from the U.S.-led coalition following the reports. A U.S. official confirmed that an airstrike in southern Syria occurred on Thursday, though it was unclear if Syrian government troops were there. The official was not authorized to talk publicly on the matter and spoke on condition of anonymity.

Several Syrian opposition media groups with activists in the area say the airstrike hit a convoy of government troops and allied militiamen on the road to the Tanf area, where Syria's borders with Jordan and Iraq meet.

One opposition media group, the Palmyra News Network, says the attack at the Zarka juncture, about 27 kilometers or 17 miles from the border, destroyed a number of vehicles and caused casualties.

The Revolutionary commandoes or Maghaweer al-Thawra, a U.S.-backed group, shared a report about the airstrike on their Twitter account.

READ MORE HERE
Posted by Steve Douglass at 10:59 AM No comments: