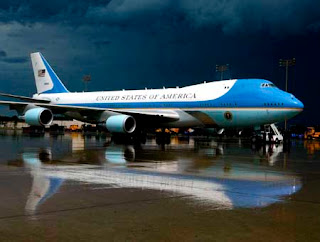 FDC 9/9503 - PART 1 OF 4 FLIGHT RESTRICTIONS KILEEN, TEXAS,
NOVEMBER 10, 2009 LOCAL.
PURSUANT TO 49 USC 40103(B), THE FEDERAL AVIATION ADMINISTRATION
(FAA) CLASSIFIES THE AIRSPACE DEFINED IN THIS NOTAM AS 'NATIONAL
DEFENSE AIRSPACE'.
PILOTS WHO DO NOT ADHERE TO THE FOLLOWING PROCEDURES MAY BE
INTERCEPTED, DETAINED AND INTERVIEWED BY LAW ENFORCEMENT/SECURITY
PERSONNEL. ANY OF THE FOLLOWING ADDITIONAL ACTIONS MAY ALSO BE
TAKEN AGAINST A PILOT WHO DOES NOT COMPLY WITH THE REQUIREMENTS OR
ANY SPECIAL INSTRUCTIONS OR PROCEDURES ANNOUNCED IN THIS NOTAM:
A) THE FAA MAY TAKE ADMINISTRATIVE ACTION, INCLUDING IMPOSING CIVIL
PENALTIES AND THE SUSPENSION OR REVOCATION OF AIRMEN CERTIFICATES;
OR
B) THE UNITED STATES GOVERNMENT MAY PURSUE CRIMINAL CHARGES,
INCLUDING CHARGES UNDER TITLE 49 OF THE UNITED STATES CODE,
SECTION 46307; OR
C) THE UNITED STATES GOVERNMENT MAY USE DEADLY FORCE AGAINST THE
AIRBORNE AIRCRAFT, IF IT IS DETERMINED THAT THE AIRCRAFT POSES AN
IMMINENT SECURITY THREAT.
PURSUANT TO TITLE 14, SECTION 91.141 OF THE CODE OF FEDERAL
REGULATIONS, AIRCRAFT FLIGHT OPERATIONS ARE PROHIBITED:
END PART 1 OF 4. WIE UNTIL UFN. CREATED: 08 NOV 23:28 2009


Preparations are underway for a memorial service at Fort Hood to honor the 12 soldiers and one civilian killed in the shooting.

Lt. Gen. Robert Cone said some of the wounded, as well as the families of those killed and wounded also plan to attend.

Soldiers said the service is a way to help them move on.

"I think we all want to trust each other, especially soldiers," 2nd Lt. Tristan Archambault said. "You want to trust the man to your left and right so I think this will raise morale and give some kind of closure to the families."

The service is scheduled to start at 1 p.m. Tuesday, and according Lt. Gen. Cone, it will be a traditional service.

Fort Hood officials said that members of the general public wanting to attend the memorial should arrive early.

Attendees should enter through the Clear Creek gate, and follow the signs to a parking area. Shuttle buses will begin taking people to the memorial service area at 9 a.m. Tuesday.

No reservations or tickets are required. However, everyone attending will be expected to pass through airport-like security screening, and visitors will not be allowed to carry bags, back packs, umbrellas, liquids or sharp objects. No strollers will be allowed in the memorial area. Cameras will be permitted.
Posted by Steve Douglass at 7:11 PM No comments:

CHICAGO — Two videos produced by Osama bin Laden's al Qaida terrorist network have been found in the home of a Chicago man accused of plotting an armed attack on a Danish newspaper, federal prosecutors said.

Bin Laden appears on one of the DVDs, describing the lives of four so-called martyrs "on behalf of Islam," and other footage focused on the cartoons depicting Prophet Muhammad published in the Copenhagen newspaper, prosecutors said in papers filed late Friday. Those cartoons sparked outrage in much of the Muslim world.

The filings are part of prosecutors' efforts to bolster their case that Chicago grocery store owner and immigration counselor Tahawwur Rana, 48, should not be freed on bond pending resolution of terrorism charges against him and David C. Headley.

Rana's bond hearing is scheduled for Tuesday. His attorney, Patrick Blegen, has said Rana may be merely the innocent dupe of Headley. Blegen said Monday he had started to review the government's filing and the evidence.

According to federal prosecutors, Headley, also of Chicago, was in contact with terrorist leaders based in the tribal areas of western Pakistan about an attack on the Copenhagen newspaper, Jyllands-Posten, and twice scouted out the newspapers offices in that city and Arhus in preparation for an attack.

Rana allegedly made Headley's travel arrangements for the trips to Denmark.

Prosecutors said the video was found in Rana's living room on Oct. 18 and that it was produced by As-Sahab Media, which is al-Qaida's media production wing. Among those who appear in the video is Mustafa abu al-Yazid, described by prosecutors as the third-ranking member of the terrorist network.

Prosecutors said a 54-minute video focuses on the 12 cartoons that appeared in Jyllands-Posten five years ago.

Cartoonist Kurt Westergaard is shown on the video and quoted as saying the cartoons were a way of fighting Islamic extremism and he doesn't regret their publication. The Danish flag is shown against a background of flames.

Prosecutors said one video hails a man who carried out a suicide car bombing of the Danish Embassy in Pakistan.

The video also includes verbal attacks on the United States and Jewish people for "a litany of perceived outrages," according to court papers.
Posted by Steve Douglass at 12:46 PM No comments:

V-22s Arrive in Afghanistan: "The U.S. Marine Corps today released video of its V-22 Ospreys arriving in Afghanistan. Ten MV-22s flew from the USS Bataan and are now operating in southern Afghanistan.

The video is of MV-22Bs with the Marine Medium tiltrotor Squadron 263, 22nd Marine Expeditionary Unit taking off in three waves from the flight deck of the Bataan.

And here is video of the arrival and flight of the first Osprey to be use in Afghanistan."

Posted by Steve Douglass at 8:30 AM No comments:

Is this the face of a spy? Iran thinks so.

The three Americans have been detained since July 31 on charges of illegally crossing the border from Iraqi Kurdistan into Iran. Their family and friends say it was an innocent mistake.

The announcement of the charges comes only days after U.S. Secretary of State Hillary Clinton met privately with the families of Shane Bauer, Sarah Shourd and Josh Fattal, who were detained along the Iran-Iraq border at the end of July.
Tehran's prosecutor general, Abbas Ja'afari Dolatabadi, announced the charges in an interview with the official Iranian news agency IRNA.

"The charge against the three U.S. citizens who were arrested on the Iran-Iraq border is espionage. Investigation of their cases is in progress," he told IRNA, adding: "There will be more to say [about them] soon."
Dolatabadi also said a Danish journalism student who was arrested last week in Iran was still under investigation.
"A journalist must have an official permit from authorized officials," he told IRNA. "Therefore, the investigation will continue. We have also requested information from the Ministry of Culture and Islamic Guidance [which accredits foreign journalists] and after they respond to our inquiry we will make our decision."

READ FULL STORY HERE
Posted by Steve Douglass at 8:00 AM No comments: