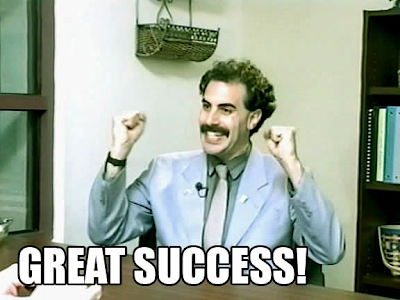 This time, a Soyuz-2 vehicle failed to put a communications satellite into orbit after lifting away from the country's Plesetsk spaceport.

Debris is said to have re-entered the Earth's atmosphere near the western Siberian town of Tobolsk.

In August, a Soyuz failure on a mission to resupply the space station led to a six-week suspension of flights.

Friday's rocket was carrying a Meridian-5 satellite, designed to provide communication between ships, planes and coastal stations on the ground, according to RIA Novosti.

It was a Soyuz-2.1b, the most modern version of the rocket that has been in service in various forms since the 1960s.

The failure is said to have occurred seven minutes into the flight. Sources being quoted by the Russian media talk of an anomaly in the rocket's third stage.

"The satellite failed to go into its orbit. A state commission will investigate the causes of the accident," the spokesman of Russia's space forces, Alexei Zolotukhin, was quoted as saying by the Interfax news agency.

August's botched launch involved a Soyuz-U. An inquiry into that incident eventually traced the problem to a blocked fuel line, again in the third stage of the vehicle. But the U and 2.1b Soyuz variants use different engines in this segment of the rocket, so no immediate parallels between the two incidents can be drawn.

Friday's failure now puts a major question mark against the next Soyuz launch, scheduled for 26 December from the Baikonur Cosmodrome. This flight is intended to put in orbit six satellites for the Globalstar satellite phone company.

And it will raise concern again among the partners on the International Space Station (ISS) that there may be systematic problems in the Russian launch sector.

Following the retirement of the American space shuttle in July, the Soyuz rocket is the only means of getting astronauts and cosmonauts to the ISS. August's failure saw manned flights stand down even longer than the six weeks for unmanned Soyuz rockets, and the hiatus put a severe strain on the operation of the space station.

Russia has experienced a number of launch mishaps in the past 13 months.
Posted by Steve Douglass at 10:36 AM No comments: 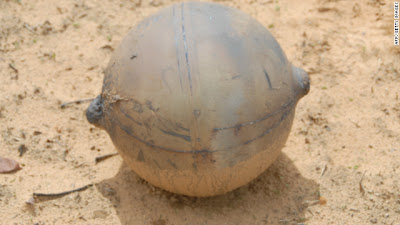 CNN: large metal ball that fell from space into the Namibian grasslands last month is not alien, officials say, but that's about all they know for certain about the object.

According to a report on The Namibian website, the 13-pound metal sphere with two bumps on its poles was found by a farmer near Onamatunga in the Omunsati region between November 15 and November 20. Explosions were heard in the area before the discovery, but no evidence of an explosion was seen around the area where the object was found.

Paul Ludik, director of the country's National Forensic Science Institute, told The Namibian the sphere, with a circumference of 3.6 feet, is made of a "sophisticated" metal alloy that is known to man, but he said it has no markings that would identify it. No international space agency has claimed ownership, he said.

“A number of tests have been performed on the object, and it appears to be hollow. We are still busy with a detailed examination of the object,” The Namibian quotes him as saying.

Ludik told The Namibian that the object poses no cause for alarm, and that such reports of metallic spheres falling from space are common in the Southern Hemisphere.
Posted by Steve Douglass at 6:23 AM 1 comment: