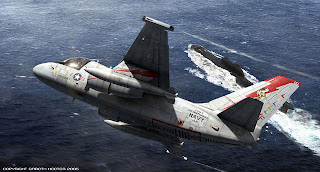 MOSCOW TIMES: Observers on Thursday cast doubt on a news report that a Russian nuclear submarine traveled undetected for up to a month in the Gulf of Mexico, while the U.S. Pentagon denied the story and the Russian Defense Ministry kept mum.
The Washington Free Beacon, which broke the story Tuesday, also refuted allegations that the report was driven by U.S. presidential campaign politics rather than facts.

“We stand by our story,” the site's publisher, Michael Goldfarb, said by telephone. He added that he was “kind of offended” by accusations that the report reflected partisan politics.

Analysts speculated that the news leak was “scaremongering” intended to discredit President Barack Obama's policies of defense cuts and the “reset” in relations with Moscow.

The Beacon report said that the submarine patrol highlights Moscow's growing assertiveness and exposed deficiencies in U.S. anti-submarine warfare capabilities, which are threatened by the Obama administration’s plans to reduce defense spending.

The nonprofit news site was founded in February by the Center for American Freedom, a Washington-based conservative advocacy group chaired by Goldfarb.

The group says on itsthat the Free Beacon is “dedicated to uncovering stories that the professional left hopes will never see the light of day.”

The U.S. Defense Department on Thursday denied the Beacon report, which said a Russian Akula-class submarine capable of carrying long-range ballistic missiles had spent a month in restricted U.S. waters in June and July.
“I don't know what that information was based on, but it was not correct," spokeswoman Wendy Snyder said, according to Interfax. The Pentagon did not respond to telephoned and e-mailed requests for further comment.
A Defense Ministry spokesman said Thursday that questions should be submitted in writing. The ministry had not responded by Thursday evening.

Experts said that while Akula-class vessels are among the quieter submarines, they are still relatively easy to detect because they are nuclear-powered.

“They are unable to sit silently because their reactor cannot be turned off,” said Christian Le Miere, a naval analyst at the International Institute for Strategic Studies.

Le Miere added that while it was possible the vessel escaped detection by U.S. Coast Guard sonar, this was unlikely because of its size.

“A submarine of nearly 10,000 tons cannot easily enter coastal waters, where it is harder to detect,” he said.
His comments were echoed by Alexander Nikitin, a former nuclear submarine officer who heads the Bellona environmental group. He said Akula-class ships have always produced a great deal of noise.
“The problem was always there, and no technical breakthrough has been achieved,” he said.

He added that while a vessel could enter the Gulf of Mexico undetected, it was unlikely to remain there for weeks. “I am very skeptical about that report,” he said.

Alexander Kolbin, an analyst with the PIR Center think tank, said doubts would remain about the story as long as it remained unconfirmed by either government.
“Either the ship was discovered or it is a ploy by the Republicans to discredit Obama's defense cuts,” he said.