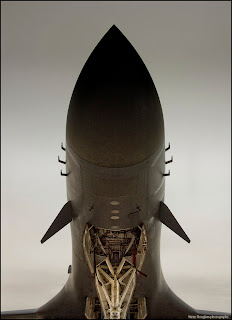 EKALAKA - A United State Air Force B-1 bomber crashed on Monday morning in a remote area of southeast Montana but the crew of four escaped with minor injuries.

According a spokesperson with Ellsworth Air Force Base in Rapid City, South Dakota, the crash happened near Broadus in Carter County.

Residents of Ekalaka tell is that the emergency sirens in that town were activated between 9 a.m. and 10 a.m. to alert the volunteer fire department of the crash.

The Carter County Sheriff's Office has also confirmed that it is responding to the crash as well.

Ekalaka residents say many neighboring ranchers reported seeing several parachutes deploy from the plane and an explosion before the plane crashed.

Ranchers have told the residents there has been a plume of smoke rising into the sky.

Col. Kevin Kennedy, 28th Bomb Wing commander, said "We are actively working to ensure the safety of the crew members and have sent first responders to secure the scene and work closely with local authorities at the crash site. "Right now all of our thoughts and prayers are with the crews and their families."

Ellsworth AFB is the home of the 28th Bomb Wing. They maintain and fly 28 B-1 bombers and are home to two of the Air Forces's three B-1 combat squadrons. There are roughly 60 B-1's in the U.S. Air Force fleet.


A Federal Aviation Administration map of temporary flight restrictions (TFR) shows a very large restricted area encompassing corners of Montana, Wyoming and North and South Dakota. The closed air space is 240 miles in diameter and extends to an altitude of 23,000 feet. The site says the TFR is in effect until further notice.

"FDC 3/2131 ZLC WY.. FLIGHT RESTRICTIONS POWDER RIVER, WY. EFFECTIVE IMMEDIATELY UNTIL FURTHER NOTICE. PURSUANT TO 14 CFR SECTION 91.137(A)(1) TEMPORARY FLIGHT RESTRICTIONS ARE IN EFFECT FOR AIRCRAFT ACCIDENT ONLY RELIEF AIRCRAFT OPERATIONS UNDER DIRECTION OF ELLSWORTH APPROACH ARE AUTHORIZED IN THE AIRSPACE AT AND BELOW FL230 WITHIN A 15 NAUTICAL MILE RADIUS OF 453315N/1044055W OR THE BUFFALO /BUA/ VOR/DME 260 DEGREE RADIAL AT 51.6 NAUTICAL MILES ELLSWORTH APPROACH TELEPHONE 605-385-6199 OR FREQ 296.7 IS IN CHARGE OF ON SCENE EMERGENCY RESPONSE ACTIVITY. SALT LAKE /ZLC/ ARTCC TELEPHONE 801-320-2560 IS THE FAA COORDINATION FACILITY."

The B-1 entered service in 1986 as a successor to the B-52 bomber and is designed to fly at high speeds and low levels in order to avoid radar detection. It is a variable-sweep wing strategic bomber. Only 100 were produced, with 67 still in service.

The bomber is 146 feet long and has a wingspan of 137 feet with the wings extended or 79 feet swept back.

"No one likes to lose an aircraft. It's bittersweet that we did," Kennedy said during a news conference Monday afternoon. "Luckily, all four air crew are safely recovered."

Ellsworth has 28 of the planes, including the one that crashed, the Air Force said.

Kennedy said Ellsworth has temporarily shut down flights until his maintenance and operations group commanders can ensure that they can safely resume.

Posted by Steve Douglass at 12:14 PM No comments: