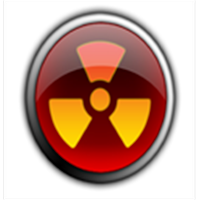 General Kayani, the most powerful man in a country that has only a simulacrum of civilian leadership, had been busy in the tense days that followed the bin Laden raid: he had to assure his American funders (U.S. taxpayers provide more than $2 billion in annual subsidies to the Pakistani military) that the army had no prior knowledge of bin Laden’s hideout, located less than a mile from Pakistan’s preeminent military academy; and at the same time he had to subdue the uproar within his ranks over what was seen as a flagrant violation of Pakistan’s sovereignty by an arrogant Barack Obama. But he was also anxious about the safety of Pakistan’s nuclear weapons, and he found time to express this worry to General Kidwai.

ABOUT THIS STORY: This article, the product of dozens of interviews over the course of six months, is a joint project of The Atlantic and National Journal. A version of this story focusing on nuclear security appears in the November 5, 2011, issue of National Journal.

Much of the world, of course, is anxious about the security of Pakistan’s nuclear weapons, and for good reason: Pakistan is an unstable and violent country located at the epicenter of global jihadism, and it has been the foremost supplier of nuclear technology to such rogue states as Iran and North Korea. It is perfectly sensible to believe that Pakistan might not be the safest place on Earth to warehouse 100 or more nuclear weapons. These weapons are stored on bases and in facilities spread across the country (possibly including one within several miles of Abbottabad, a city that, in addition to having hosted Osama bin Laden, is home to many partisans of the jihadist group Harakat-ul-Mujahideen). Western leaders have stated that a paramount goal of their counterterrorism efforts is to keep nuclear weapons out of the hands of jihadists.

“The single biggest threat to U.S. security, both short-term, medium-term, and long-term, would be the possibility of a terrorist organization obtaining a nuclear weapon,” President Obama said last year at an international nuclear-security meeting in Washington. Al-Qaeda, Obama said, is “trying to secure a nuclear weapon—a weapon of mass destruction that they have no compunction at using.”

Pakistan would be an obvious place for a jihadist organization to seek a nuclear weapon or fissile material: it is the only Muslim-majority state, out of the 50 or so in the world, to have successfully developed nuclear weapons; its central government is of limited competence and has serious trouble projecting its authority into many corners of its territory (on occasion it has difficulty maintaining order even in the country’s largest city, Karachi); Pakistan’s military and security services are infiltrated by an unknown number of jihadist sympathizers; and many jihadist organizations are headquartered there already.

“There are three threats,” says Graham Allison, an expert on nuclear weapons who directs the Belfer Center for Science and International Affairs at Harvard. The first is “a terrorist theft of a nuclear weapon, which they take to Mumbai or New York for a nuclear 9/11. The second is a transfer of a nuclear weapon to a state like Iran. The third is a takeover of nuclear weapons by a militant group during a period of instability or splintering of the state.” Pakistani leaders have argued forcefully that the country’s nuclear weapons are secure. In times of relative quiet between Pakistan and India (the country that would be the target of a Pakistani nuclear attack), Pakistani officials claim that their weapons are “de-mated”—meaning that the warheads are kept separate from their fissile cores and their delivery systems.

This makes stealing, or launching, a complete nuclear weapon far more difficult. Over the past several years, as Pakistan has suffered an eruption of jihadist terrorism, its officials have spent a great deal of time defending the safety of their nuclear program. Some have implied that questions about the safety of the Pakistani nuclear arsenal are motivated by anti-Muslim prejudice. Pervez Musharraf, Pakistan’s former army chief and president, who created the SPD, told The Atlantic in a recent interview: “I think it’s overstated that the weapons can get into bad hands.” Referring to Pakistan’s main adversary, India, he said, “No one ever speaks of the dangers of a Hindu bomb.”

Current officials of the Pakistani government are even more adamant on the issue. In an interview this summer in Islamabad, a senior official of the Inter-Services Intelligence directorate (ISI), the Pakistani military’s spy agency, told The Atlantic that American fears about the safety of Pakistan’s nuclear weapons were entirely unfounded. “Of all the things in the world to worry about, the issue you should worry about the least is the safety of our nuclear program,” the official said. “It is completely secure.” He went on to say, “It is in our interest to keep our bases safe as well. You must trust us that we have maximum and impenetrable security. No one with ill intent can get near our strategic assets.”

Like many statements made by Pakistan’s current leaders, this one contained large elements of deceit. At least six facilities widely believed to be associated with Pakistan’s nuclear program have already been targeted by militants. In November 2007, a suicide bomber attacked a bus carrying workers to the Sargodha air base, which is believed to house nuclear weapons; the following month, a school bus was attacked outside Kamra air base, which may also serve as a nuclear storage site; in August 2008, Pakistani Taliban suicide bombers attacked what experts believe to be the country’s main nuclear-weapons-assembly depot in Wah cantonment.

If jihadists are looking to raid a nuclear facility, they have a wide selection of targets: Pakistan is very secretive about the locations of its nuclear facilities, but satellite imagery and other sources suggest that there are at least 15 sites across Pakistan at which jihadists could find warheads or other nuclear materials.

It is true that the SPD is considered to be a highly professional organization, at least by Pakistani-government standards of professionalism. General Kidwai, its leader, is well regarded by Western nuclear-security experts, and the soldiers and civilians he leads are said by Pakistani spokesmen to be screened rigorously for their probity and competence, and for signs of political or religious immoderation. The SPD, Pakistani officials say, keeps careful watch over behavioral changes in its personnel; employees are investigated thoroughly for ties to extremists, and to radical mosques, and for changes in their lifestyle and income. The SPD also is believed to maintain “dummy” storage sites that serve to divert attention from active ones.

Pakistani spokesmen say the SPD is also vigilant in its monitoring of the civilian scientists—there are as many as 9,000, including at least 2,000 who possess “critical knowledge” of weapons manufacture and maintenance, according to two sources in Pakistan—working in their country’s nuclear complexes, a watchfulness deemed necessary after disclosures that two retired Pakistani nuclear scientists of pronounced jihadist sympathies had met with Osama bin Laden in the summer of 2001.

Some American intelligence experts question Pakistan’s nuclear vigilance. Thomas Fingar, a former chairman of the National Intelligence Council and deputy director of national intelligence under President George W. Bush, said it is logical that any nuclear-weapons state would budget the resources necessary to protect its arsenal—but that “we do not know that this is the case in Pakistan.” The key concern, Fingar says, is that “we do not know if what the military has done is adequate to protect the weapons from insider threats, or if key military units have been penetrated by extremists. We hope the weapons are safe, but we may be whistling past the graveyard.”

There is evidence to suggest that neither the Pakistani army, nor the SPD itself, considers jihadism the most immediate threat to the security of its nuclear weapons; indeed, General Kayani’s worry, as expressed to General Kidwai after Abbottabad, was focused on the United States. According to sources in Pakistan, General Kayani believes that the U.S. has designs on the Pakistani nuclear program, and that the Abbottabad raid suggested that the U.S. has developed the technical means to stage simultaneous raids on Pakistan’s nuclear facilities.

In their conversations, General Kidwai assured General Kayani that the counterintelligence branch of the SPD remained focused on rooting out American and Indian spies from the Pakistani nuclear-weapons complex, and on foiling other American espionage methods. The Pakistani air force drills its pilots in ways of intercepting American spy planes; the Pakistani military assumes (correctly) that the U.S. devotes many resources to aerial and satellite surveillance of its nuclear sites.

In their post-Abbottabad discussion, General Kayani wanted to know what additional steps General Kidwai was taking to protect his nation’s nuclear weapons from the threat of an American raid. General Kidwai made the same assurances he has made many times to Pakistan’s leaders: Pakistan’s program was sufficiently hardened, and dispersed, so that the U.S. would have to mount a sizable invasion of the country in order to neutralize its weapons; a raid on the scale of the Abbottabad incursion would simply not suffice.

Still, General Kidwai promised that he would redouble the SPD’s efforts to keep his country’s weapons far from the prying eyes, and long arms, of the Americans, and so he did: according to multiple sources in Pakistan, he ordered an increase in the tempo of the dispersal of nuclear-weapons components and other sensitive materials. One method the SPD uses to ensure the safety of its nuclear weapons is to move them among the 15 or more facilities that handle them. Nuclear weapons must go to the shop for occasional maintenance, and so they must be moved to suitably equipped facilities, but Pakistan is also said to move them about the country in an attempt to keep American and Indian intelligence agencies guessing about their locations.

Nuclear-weapons components are sometimes moved by helicopter and sometimes moved over roads. And instead of moving nuclear material in armored, well-defended convoys, the SPD prefers to move material by subterfuge, in civilian-style vehicles without noticeable defenses, in the regular flow of traffic. According to both Pakistani and American sources, vans with a modest security profile are sometimes the preferred conveyance. And according to a senior U.S. intelligence official, the Pakistanis have begun using this low-security method to transfer not merely the “de-mated” component nuclear parts but “mated” nuclear weapons. Western nuclear experts have feared that Pakistan is building small, “tactical” nuclear weapons for quick deployment on the battlefield. In fact, not only is Pakistan building these devices, it is also now moving them over roads.

READ THE REST OF THE STORY AT THE ATLANTIC
Posted by Steve Douglass at 5:29 PM No comments: