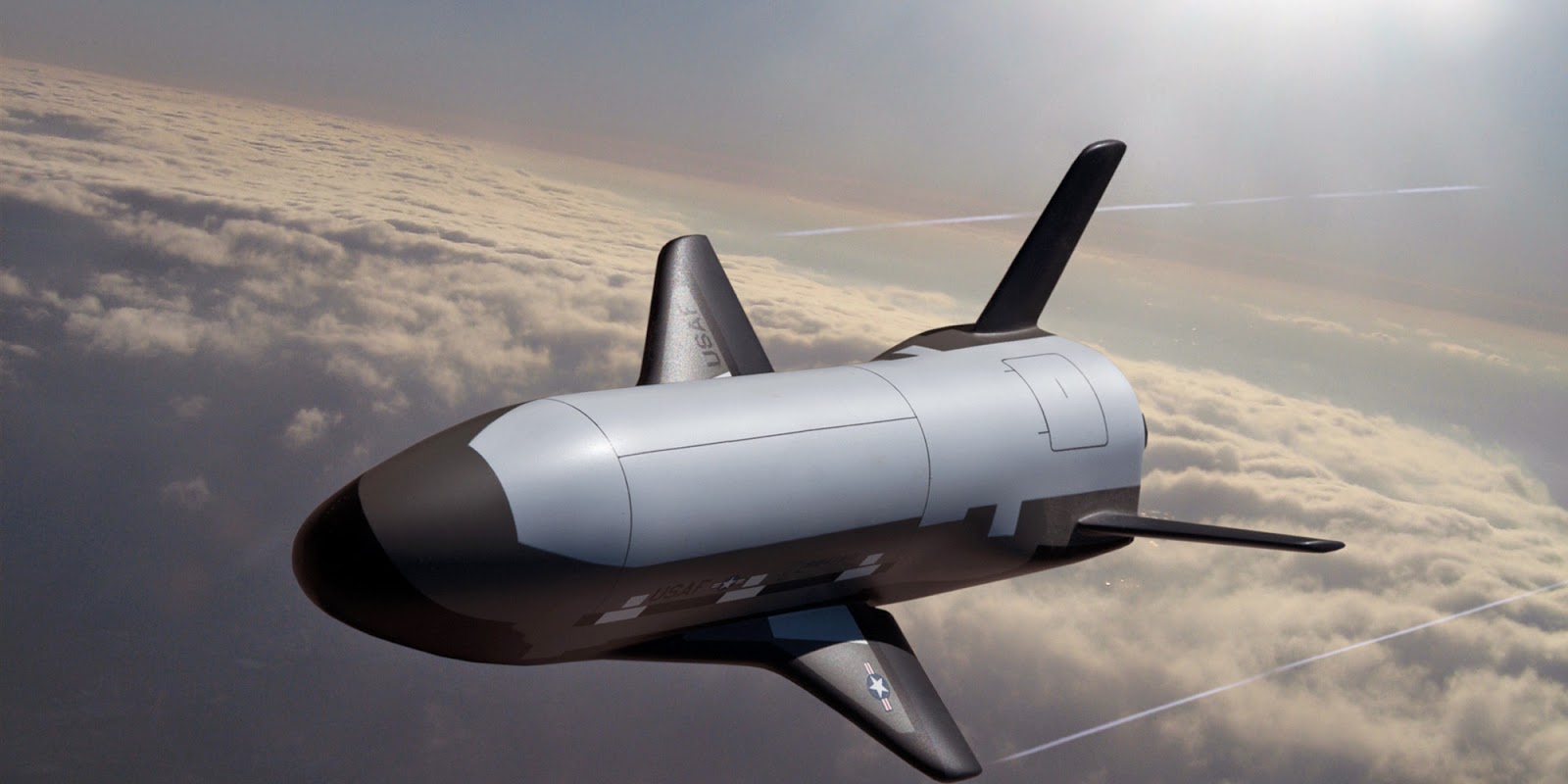 The U.S. Air Force's X-37B space plane launched on its third and latest mission on Dec. 11, 2012. As of today (April 24), the vehicle has been aloft for 500 days — far longer than its officially stated maximum orbital lifetime of 270 days.

An unmanned military space plane has achieved a major longevity milestone, zipping around Earth for 500 days on a clandestine mission for the United States government.

The U.S. Air Force's X-37B space plane launched on its third and latest mission on Dec. 11, 2012. As of today (April 24), the vehicle has been aloft for 500 days — far longer than its officially stated maximum orbital lifetime of 270 days.
This NASA Marshall Space Flight Center image shows on-orbit functions for the reusable X-37B space plane, now under the wing of the U.S. Air Force.

"Clearly, and understandably, the Air Force initially set the expected parameters [of the X-37B] conservatively, not really knowing what it could do until it was tested — which is what they are doing now," said Joan Johnson-Freese, professor of national security affairs at the Naval War College in Newport, R.I.

"Personally, I think it's commendable that they are pushing it to the extent that they appear to be," Johnson-Freese told Space.com via email. "That's the only way to really know what it can do."

The reusable X-37B looks like NASA's now-retired space shuttle, only much smaller. The robotic space plane is 29 feet (8.8 meters) long by 9.5 feet (2.9 m) tall with a wingspan of nearly 15 feet (4.6 m). Its payload bay is the size of a pickup truck bed. (The space shuttle's payload bay, by comparison, could fit two entire X-37Bs inside.)

Like the space shuttle, the X-37B launches vertically with the aid of a rocket, then returns to Earth horizontally for a runway landing. While the shuttle needed a pilot, however, the X-37B comes home autonomously, without any guidance from human hands.
The U.S. Air Force's robotic X-37B space plane is a miniature space shuttle capable of long, classified missions in orbit.


The Air Force has two X-37B space planes, both of which were built by Boeing's Phantom Works division. These two planes have flown a total of three missions, which are known as OTV-1, OTV-2 and OTV-3. ("OTV" is short for Orbital Test Vehicle.)

OTV-1 blasted off in April 2010 and circled Earth for 225 days. The second X-37B vehicle launched in March 2011, initiating the OTV-2 mission. This spaceflight lasted 469 days, finally touching down at California's Vandenberg Air Force Base in June 2012.

The current OTV-3 mission employs the first X-37B, the plane that flew OTV-1.

There's no telling when OTV-3 will end, experts say; the X-37B is solar-powered and thus can keep circling Earth for long periods. Further, observations by amateur satellite trackers indicate that the vehicle has made just one or two maneuvers during OTV-3, suggesting that the craft has plenty of thruster fuel left, said Brian Weeden, a technical adviser with the Secure World Foundation and a former orbital analyst with the Air Force.

The current mission "seems long, but that's based off of the original [270-day] estimate. We don't have anything else to go on," Weeden told Space.com. "And it's not long for other satellites. It's common for satellites, especially typical national security satellites that are well-designed, to be in orbit for years to decades."

The Air Force's X-37B robotic space plane sits on the runway after landing at California's Vandenberg Air Force Base on June 16, 2012. The vehicle spent more than 15 months circling Earth on a mystery mission.

READ THE REST OF THE STORY HERE
Posted by Steve Douglass at 5:44 AM No comments: