CIA suing one of its REDs. 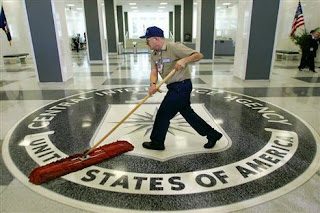 Washington (CNN) -- The CIA has filed a civil suit against a former spy who published a book critical of the agency without the necessary review of the material by the agency, in violation of a secrecy agreement.

The legal action is being taken against Ishmael Jones, the pen name for a nearly 20-year veteran of the CIA who, he says, worked deep undercover overseas, mostly in Arabic-speaking nations. In 2008, he published "The Human Factor: Inside the CIA's Dysfunctional Intelligence Culture," under his pseudonym.

In a statement released Tuesday, the CIA said "Jones" violated the secrecy agreement he voluntarily signed as a condition of employment.

"Although Jones submitted his manuscript to the Agency's Publications Review Board (PRB) as his secrecy agreement requires, he did not let that review process run its course and instead published in defiance of the Board's initial disapproval," said the CIA statement.

Jones' real identity remains classified, mainly to protect the sources he worked with as a covert officer overseas.

Jones, who was contacted by CNN through his website, does not dispute the fact he went ahead and published his book in violation of his agreement, but says he did so after the PRB sent back a heavily redacted manuscript "which was essentially a stake of blank pages with a sentence every 10 pages or so."

"I decided to defy censors as a whistleblower in order to expose something that puts Americans at risk," Jones told CNN.

He said his book, which remains available online, contains no classified information, but it "exposes the CIA as a place to get rich, with billions of taxpayer dollars wasted or stolen in espionage programs that produce nothing."

In his book, Jones claimed that after the 9/11 terrorist attacks, Congress gave the CIA $3.5 billion to train and deploy more covert officers overseas, but the money was instead spent on contractors, buildings and personnel in the United States. He said 90 percent of CIA employees live in the U.S. where they are mostly ineffective.

"We need financial accountability and whistleblower systems to stop tremendous waste and theft," he said.

The CIA statement said the pre-publication review is "an indispensable tool to protect intelligence sources, methods and activities. In publishing without authorization, he (Jones) risked disclosure of classified information."

The suit seeks the recovery of all profits from the book and an injunction against Jones further violating his secrecy agreement.
Jones questioned the timing of the suit since his book has made very little money.

"The conventional wisdom is that the CIA is wise to ignore a critic because to do otherwise merely gives the critic publicity," he said.
Mark Zaid, a lawyer who has handled many pre-publication challenges but who is not involved in this case, agreed that the lawsuit could have the perverse effect of creating sales. However Zaid said he believes the CIA is sending a message to the growing number of former intelligence officers who are writing books and appearing in the media.

"The message by the CIA--and I'm surprised it took so long--is telling former officers and employees there is a process to follow and you don't make the decision on what is or is not classified," said Zaid.
Posted by Steve Douglass at 5:51 PM No comments:

WASHINGTON — Police were searching Monday for the source of potential gunshots fired near the Pentagon, though operations were back to normal after they found nothing suspicious, a spokesman said.

They locked down the area, along with all of the Pentagon's entrances before conducting sweeps of the area, including a canine search with local police.
"They did not find anything," Layman said.
"They're investigating it right now, they're not sure what happened right now."

By 6:00 am (1000 GMT), all Pentagon entrances were reopened and operations were back to normal, he added
Posted by Steve Douglass at 7:52 AM No comments: