CNN) -- In the end, it was a single moment that brought the hostage crisis to its dramatic finish.

Three gunshots. All three fatal. Fired in the dark by three specially trained U.S. Navy SEALs as the pirates' boat rocked in the water off Somalia.

A senior defense official said each was a shot to the head.

Gortney, in an interview Monday with CNN's "American Morning," described critical steps that led to the rescue of U.S. Capt. Richard Phillips, who was taken by pirates after they boarded his merchant ship, the Maersk Alabama, east of Somalia on Wednesday.

Four pirates had been holding Phillips in a small lifeboat, which had run out of fuel. "One of their pirates had left the lifeboat, needed medical attention and jumped onto one of our inflatable boats," Gortney said.

Gortney told CNN's Barbara Starr that the USS Bainbridge rammed the lifeboat Saturday to keep it from trying to return to the Somalian shore about 20 miles away.

"At one point, actually, the two vessels collided" as the captain of the Bainbridge tried to hold off the lifeboat, Gortney said.

Gortney, in the "American Morning" interview, said one of the pirates needed medical attention and "jumped onto one of our inflatable boats."

The pirate's need for medical help was a credit to the Maersk's crew. When the pirates boarded their vessel, a tussle ensued, during which one of the crewmen stabbed the pirate in the hand. Four days later, the pirate's departure from the lifeboat to accept U.S. medical help -- and try to negotiate the captive's release -- left only three for the U.S. snipers to keep their eyes on.

The three were tired, Gortney said. "The sea state was picking up. They agreed for us to tow them into little better waters as the ship was bouncing around. It was very tense."

The on-scene U.S. commander of the Bainbridge, which had come to try to negotiate the captain's release, could see the three remaining pirates "were very, very intense. One of them held his AK-47 in the back of the captain. We were always concerned about the imminent danger to the captain."

The pirates had repeatedly threatened to kill Phillips, Gortney said.

A Navy SEAL team had parachuted in and taken up positions on the Bainbridge's back deck.

The military had orders from President Obama authorizing lethal force if there was imminent danger.

"At one point, as uncomfortable as the pirates were, they exposed themselves where there was an opportunity," Gortney said.

He gave details of that "exposure" at a news conference Sunday. He said two of the pirates had their heads and shoulders exposed, while the third was visible in the boat's pilot house, through a window.

"The on-scene commander saw that one of the pirates still held that AK-47, was very, very concerned for the captain's life -- and he ordered the shots to be taken," Gortney said Monday.

Even with the small boat "moving up and down a couple of feet," the SEALs hit their targets. "Remarkable marksmanship," Gortney said.

In the minutes after, a special operations team shimmied along the tow rope to the lifeboat, confirmed that three pirates had been killed and took Phillips back to the Navy ships that had gathered nearby.

The fourth pirate was taken into custody.

"These guys [the SEALs] are very well trained, they have a lot of experience and there has to be a lot of communication between the shooters and the people making the decision that they all three had shots, that they could make their shots successfully," retired U.S. Navy SEAL Dick Couch said on "American Morning."

He added, "Credit that on-scene commander with making a timely decision."
Posted by Steve Douglass at 4:41 PM 1 comment: 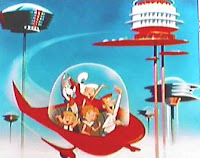 LAS CRUCES, N.M. (AP) -- A project director for Spaceport America says the first of 13 bid packages for construction of the nation's first inland commercial facility for orbital flights will be released in about two weeks.

John Roberts says all 13 bid packages will be released by June. Roberts says the construction of the facility is going to be very fast-paced. He says the major tenant, Virgin Galactic, wants to be ready to launch by December 2010. Roberts spoke at a public meeting in Dona Ana County attended by about 260 people, who are interested in construction work and other jobs.

Spaceport America spokesman Dave Wilson says two other public meetings, in Hatch and Anthony, had about 110 attendees total.
Posted by Steve Douglass at 4:10 PM No comments: