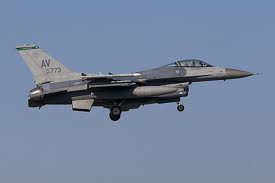 Italian Coast Guard divers searching for a missing American F-16 and its pilot were focusing on Tuesday on waters where a fishing boat found debris believed to belong to the jet, a Coast Guard official said.

The debris, including fragments of carbon steel, was found floating in the northern Adriatic overnight, Rear Admiral Francesco Saverio Ferrara said. The U.S. Air Force said in a statement on Tuesday it was thought to be wreckage from the missing aircraft.

"We hope to find out more during the day so we can have a more complete picture of what happened," Ferrara said.

The missing jet took off from Aviano Air Base on a training exercise on Monday evening, and the control tower lost contact with the plane at about 1900 GMT.

Search-and-rescue operations are being conducted by sea from the port of Ravenna, and Air Force planes from Aviano are spearheading the search from above, Ferrara said.

Snow and rain hampered the operation overnight, and on Tuesday fog was hampering visibility, the Coast Guard said.

Aviano is the base for the U.S. Air Force's 31st Fighter Wing. The Air Force said a board of officers would investigate the incident.

"Wing leadership remains hopeful that we will safely rescue our pilot," an Air Force statement said.
Posted by Steve Douglass at 7:56 AM No comments: