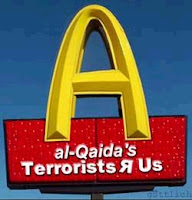 Baghdad (CNN) -- Al Qaeda in Iraq claimed responsibility Tuesday for a string of attacks that killed almost 70 people and wounded more than 200.

The seemingly coordinated explosions Thursday struck during the height of morning rush hour, hitting a number of Baghdad's primarily mixed Sunni-Shiite neighborhoods. Nine car bombs, six roadside bombs and a mortar round all went off in a two-hour period, targeting residential, commercial and government districts in the Iraqi capital, police said.

"The series of special invasions launched, under the guidance of the Ministry of War in the Islamic State of Iraq, to support the weak Sunnis in the prisons of the apostates and to retaliate for the captives who were executed," the group said on an al Qaeda website.

Bloodshed in Baghdad Iraq's future hinges on political crisis Iraq after the withdrawal
A recent political crisis has raised fears of a return of the sectarian bloodshed in Iraq that ripped the country apart at the height of the war a few years back.

On December 19, al-Maliki, a Shiite, ordered the arrest of the Sunni vice president, a move that escalated sectarian tensions and threatened to collapse Iraq's fragile power-sharing government.

The political turmoil as well as the recent spate of violence erupted just days after the final U.S. troops withdrew.
Posted by Steve Douglass at 6:21 AM No comments: