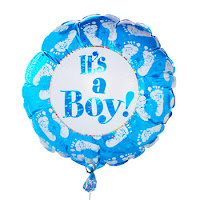 Apparently he never was on the balloon.

The 6-year-old Colorado boy who set a helium balloon adrift Thursday, prompting ground and air searches for him, has been found alive, authorities said.

He was found in a box in the attic at his family's Fort Collins home.

People across the world watched Thursday as the homemade helium balloon soared 7,000 feet over eastern Colorado for more than an hour and a half.

A sibling said he saw the Falcon get into the craft Thursday morning, authorities said.

But the boy was not inside the craft when it made a soft landing near Keenesburg, about 60 miles from the family home.

Authorities said when questioned the boy's two brothers who said multiple times they saw Falcon board the balloon. It is not known yet if the boy untethered the balloon and was afraid of getting into trouble or that the three brothers worked together to perpetrate a hoax. 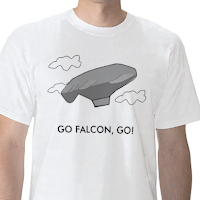 Listen live to communications involving search for boy who may have fallen out of balloon.

For those interested in listening to live communications involving the search for the Colorado boy who may have fallen from experimental balloon, follow the link below.


LINK TO LISTEN LIVE: HERE
Posted by Steve Douglass at 2:16 PM No comments:

UPDATE: Authorities are searching for a box that was attached to the bottom of an experimental aircraft that took off from a Fort Collins home, CNN affiliate KUSA reported. A Weld County sheriff's deputy says he saw an object fall off the balloon somewhere over Platteville, which is in the search area.

UPDATE: LARIMER COUNTY - Authorities are searching a specific area in Larimer County for a box that was attached to the bottom of an experimental aircraft that took off from a Fort Collins home with a 6-year-old boy inside after a sheriff's deputy thought he saw something fall in that area.

The homemade aircraft made an apparent soft landing northeast of Denver International Airport on Thursday afternoon, but rescue crews found no sign of the boy when they reached the aircraft.

When it landed five miles east of Prospect Reservoir, 9NEWS could not see any child rescued from the basket of the balloon, but earlier Fort Collins Police had said they were certain he was still inside.

Police believe the boy, Falcon Heene, was inside the box when the aircraft lifted off around 11 a.m.

Police say there are pegs on the bottom of the aircraft that indicate that a box was attached at some point.

The experimental aircraft, which is a type of balloon filled with helium, was up for nearly three hours and appeared to start to rapidly deflate shortly after 1 p.m.

According to the Larimer County Sheriff's Department, the 6-year-old boy's parents had been building an experimental aircraft which had a large helium balloon attached to it at their home on Fossil Ridge Road in Fort Collins.

On Thursday morning, according to the family and officials, the boy got onto the aircraft and detached the rope holding it in place.

The aircraft was a dome-shaped, 20 foot, 5 foot aircraft covered with foil. As it was flying, it was going about 20-25 mph.

A spokesperson with Fort Collins Police said, "This balloon was never meant to actually carry anybody. It was just a family project they were working on. The little compartment where their son is in is very small and it's not attached very well."

UPDATE: CNN) -- A homemade balloon that was untethered Thursday by a 6-year-old boy from his parents' Colorado home was empty when it landed, authorities said.

The fate of the boy, identified as Falcon Heene, was unclear Thursday after the balloon traveled from Fort Collins to south of Prospect Springs, near Colorado Springs.

A sibling said he saw the boy get into the craft Thursday morning, raising concerns that the boy may have fallen out of it, authorities said earlier.

"At this point, we are thinking that he did not fall out of the balloon and is somewhere on the ground," Larimer County Sheriff's Office spokeswoman Eloise Campanella said. "The basket itself was not breached. It does not look like he fell out of it, but again, this is all conjecture."


FORT COLLINS, Colo. -- A 6-year-old boy is missing after floating over northeastern Colorado in a homebuilt balloon and touched down about 2 hours after lifting off.

The balloon touched down about 2 miles east of Prospect Reservoir at 1:35 p.m., but the boy was not inside. That's abput 10 miles from where it lifted off.

The balloon, in the shape of a flying saucer was covered in foil and filled with helium. It has a compartment for a passenger underneath. It lifted the boy into the air near Fort Collins Thursday morning after the balloon became unhooked at the boy's home.

A sibling saw the boy get into the craft Thursday morning. Officials were concerned that the boy may have fallen out of it, an undersheriff said.

Margie Martinez of the Weld County Sheriff's Office said a sibling saw Falcon Heene climb into the basket before the balloon took off from his parents' Fort Collins, Colorado home.

Since the door on the balloon was unlocked, it's possible the boy had fallen out, Martinez said.

The balloon appeared to be a saucer-shaped, Mylar-coated helium balloon, similar to a party balloon. The craft was drifting eastward, authorities said.

Law Enforcement is searching near (and possibly in) the Prospect Reservoir area because witnesses says they saw something fall from the craft in that area.

Posted by Steve Douglass at 12:55 PM No comments:

Breaking News: Little boy floats away in home made balloon. 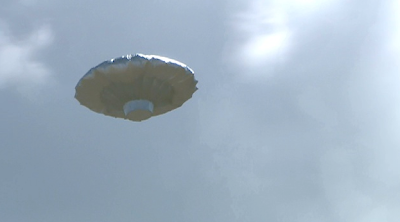 FORT COLLINS, Colo. -- A 6-year-old boy is floating over northeastern Colorado in a homebuilt balloon and authorities are racing to try and rescue him.

The balloon, in the shape of a flying saucer is covered in foil and filled with helium. The craft's dimensions are 20-feet across and 5-feet high. It has a compartment for a passenger underneath. It lifted the boy into the air near Fort Collins Thursday morning after the balloon became unhooked at the boy's home.
"We were sitting eating, out looking where they normally shoot off hot air balloons. My husband said he saw something. It went over our rooftop. Then we saw the big round balloonish thing, it was spinning," said neighbor Lisa Eklund.

The father and son had apparently been working on the aircraft for some time..
Airtracker 7 located the craft at 12:35 p.m. at about 8,000 feet in Weld County. It appeared to be slightly tilted. The altitude of the balloon was fluctuating between 7,500 and 10,000 feet.
Skies in the area are partly cloudy and southwest wind speeds are 15 to 20 miles per hour.

"The structure at the bottom of the balloon that the boy is in is made of extremely thin plywood and won't withstand any kind of a crash at all," said Erik Nilsson, Larimer County Emergency Manager.
Deputies from Larimer and Weld counties are tracking the balloon as it drifts. Experts said it could remain airborne for up to 12 hours.

FAA spokesman Mike Fergus said the agency has been notified and it was unclear whether traffic controllers had picked it up on radar.

The balloon may drift into air traffic control corridors used by Denver International Airport, based on its current location and direction. Deputies alerted DIA air traffic controllers to warn them about letting aircraft fly through the area.


UPDATE: Balloon landed in Adams county. Child was not found in balloon. Public Safety officials are searching (backtracking) along balloons flight path searching for the child.
Posted by Steve Douglass at 12:09 PM No comments: