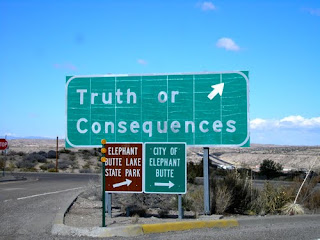 General Stanley McChrystal may be living out his final hours as the commander of U.S. forces in Afghanistan following disparaging comments he made regarding several top Washington officials.

"The last thing that President Obama needs is for somehow the impression to get out there that he can be kicked around and disrespected by one of his generals," CBS Chief Washington Correspondent Bob Schieffer said today on Washington Unplugged. "I think General McChrystal has a real problem, and it's going to be very hard for him to survive."

This isn't the first time the general has been chastised by the president. Last year, McChrystal made negative comments regarding Vice President Joe Biden and received a tongue lashing, which won't make it any easier for him to get through round two, Schieffer said.

"You can't do this and get away with it, especially not more than once," he said. "[If] you're looking at Washington politics you have to say 'so who's going to be there to defend him now?' You kind of need a champion when you get into one of these kind of messes in Washington. He's got to find somebody who's going to be on his side, and right now I don't see anybody."

Allies may be tough to come by for McChrystal, who spoke negatively of the president, vice president, national security advisor and special envoy to Afghanistan in a Rolling Stone article. According to Schieffer, the last time a general spoke negatively of civilian leadership in public was when General Douglas MacArthur spoke out against former President Harry Truman's "limited war strategy" in North Korea. MacArthur's remarks were meant to influence strategy whereas McChrystal's remarks appear to have no purpose.

"This is like frat boys all going out and getting drunk and talking about the faculty advisor or something," Schieffer said.

Foreign Policy Managing Editor Blake Hounshell agreed there seemed to be no reason behind the comments. "When you read the article it's hard to discern what's the strategy here," he said. "Here's this guy who's supposed to be a master of counterinsurgency strategy in Afghanistan, right? And he doesn't even seem to have mastered Washington politics."

The comments seem to have no basis, and according to Schieffer, even if they did, there was no reason to go public with them. "Usually when military leaders have criticism they're much more adroit," Schieffer said. "They go and talk to maybe the ranking member of the other party on the Armed Services Committee and let him make the criticisms. The military is very good at getting their position out in ways that do not come back to them."

McChrystal has always been one to say what others won't, but these comments may be his final act as U.S. Forces commander in Afghanistan. Names such as General Jim Mattis, the commander of U.S. Joint Forces Command, have already been thrown out in talks of replacing him. Although there is no official word on whether or not the general will keep his job, his outlook doesn't look good.

"The president is angry," said The New York Times' Jeff Zeleney. "He's furious about this because he thinks it sort of feeds into the narrative that he is not interested or does not understand the conflict in Afghanistan. It's not good if you're General Stanley McChrystal. We don't know yet at this point if he'll ask for his resignation, we'll find out.
Posted by Steve Douglass at 3:35 PM No comments: