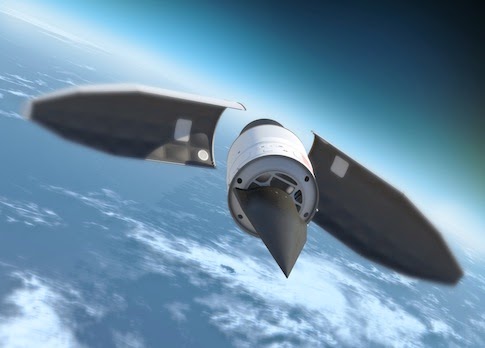 BY: Bill Gertz
January 28, 2014 2:22 pm
China’s recent test of a new ultra-high speed strike vehicle highlights growing concerns that Chinese military advances will overtake those of the United States in as few as five years, a senior Pentagon official told Congress Tuesday.
Frank Kendall, undersecretary of defense for acquisition, technology, and logistics, said during a House Armed Services Committee hearing that he is concerned by large-scale cuts in U.S. defense spending that are undermining efforts to maintain U.S. military superiority.
“On hypersonics, this is a good example of an area of technology that is going to move forward whether we invest in it or not,” Kendall told a hearing on the United States shift toward Asia. “China is doing work in this area.”
The Pentagon is investing some resources in two forms of hypersonic arms: a ballistic missile boost glide vehicle and a jet powered, atmospheric cruise missile, he said.
Kendall said the threat of such hypersonic vehicles to the United States is that they are difficult for missile defenses to counter. The vehicles travel and maneuver while flying at speeds of up to Mach 10 or 7,680 miles an hour.
“The high speed of these systems makes it much more difficult for air defenses to engage,” he said.
Kendall, in testimony on the Obama administration’s so-called “pivot” to Asia, said the Chinese development of hypersonic strike weapons is an area of technology that is likely to outpace U.S. efforts in the future.
“When I spoke earlier about feeling reasonably comfortable where we are today [with arms technology] but not necessarily so comfortable five or 10 years from not, this is one of the technologies that would be on that list of things that in five or 10 years we might have a much bigger problem with then,” Kendall said.
The comments followed questioning from Rep. Trent Franks (R., Ariz.), who said he shares the concerns about the Chinese hypersonic glide vehicle development and testing.
“My purpose here is to try to elevate that concern because I think it is a significant one, especially since given time, it will manifest,” Franks said.
The Washington Free Beacon first disclosed China’s Jan. 9 flight test of a hypersonic glide vehicle that the Pentagon has called the WU-14.
The experimental weapon is a new strategic strike capability China’s military is developing that is designed to defeat U.S. missile defenses. China could use the vehicle for both nuclear and conventional precision strikes on targets, including aircraft carriers at sea.
U.S. officials said that, while the glide vehicle test was not an intelligence surprise, it showed China is moving much more rapidly than in the past in efforts to research, develop, and test advanced weaponry.
Adm. Samuel Locklear, commander of the U.S. Pacific Command, noted that the hypersonic test demonstrated China’s ability to move quicker than the United States in developing some advanced arms.
“The Chinese, as other nations are, are pursuing hypersonic technologies,” Locklear said last week at the Pentagon. “This is just one of many, you know, highly technical militarized systems that whether the Chinese are developing them, or we’re developing them, or Europeans are developing, that will continue to complicate the security environment with high-technology systems.”
“We will have to figure them into the calculation of how we’re going to maintain a peaceful security environment in the future,” he added.
Committee Chairman Rep. Buck McKeon (R., Calif.), along with subcommittee chairmen Reps. Randy Forbes (R., Va.) and Mike Rogers (R., Mich.), described the hypersonic test in a statement as the Chinese military “leaping ahead of us” in arms development.
“The Asia Pacific is fast becoming a powder keg,” the lawmakers said. “Allowing nations that do not share our respect for free and open avenues of commerce to gain a strategic advantage over the United States and her allies only brings us closer to lighting the fuse.”
Vice Adm. Frank Pandolfe, director of strategic plans and policy for the Joint Staff, said during the hearing that he would only discuss the Chinese hypersonic test in a closed-door hearing.

READ MORE AT THE WASHINGTON FREE BEACON
Posted by Steve Douglass at 9:19 AM No comments: