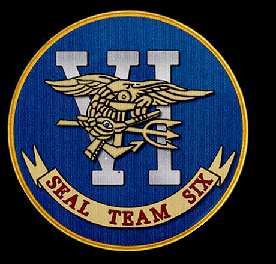 This story brought to you by SEAL TEAM SIX.


CNN) -- The terrorist group al Qaeda in the Arabian Peninsula has confirmed the death of U.S.-born militant cleric Anwar al-Awlaki, calling him a martyr, according to a statement posted Sunday on jihadi internet forums.

Al-Awlaki was killed by a U.S. drone strike in Yemen on September 30, but American officials said internet postings following his death indicated many who share his ideas did not believe he had been killed and were seeking confirmation.


The AQAP "eulogy" states that while the United States killed al-Awlaki, it "cannot kill his ideas," according to an English translation provided by the SITE Intelligence Group, which monitors jihadi forums.

The statement also picks up on a theme being discussed in the United States: whether the United States had the right to target and kill al-Awlaki without a legal trial and guilty verdict. The controversy is complicated by the fact al-Awlaki was a U.S. citizen.

The message said the United States killed al-Awlaki and Khan but "did not prove the accusation against them, and did not present evidence against them." The statement claims such actions go against the values the U.S. espouses.

The New York Times reported Sunday that the Justice Department prepared legal guidance in the summer of 2010 which said the United States could kill al-Awlaki if it was not possible to capture him.

In Sunday's message, AQAP also promised to "retaliate soon" for the deaths of al-Awlaki and the three others. The U.S. issued a worldwide alert earlier this month warning of "the potential for retaliation against U.S. citizens and interests" following al-Awlaki's killing.

READ THE REST OF THE STORY HERE AT CNN
Posted by Steve Douglass at 7:35 PM No comments: