BELLINGCAT REPORT: Putin has a plan and it's to use tactical nukes in the Ukraine.

"In Dec 2021 a whistleblower told us that war with Ukraine was on the agenda, that Putin had told a small circle he was going to start a war and was considering using tactical nuclear weapons,

“Almost a year ago I received some credible-sounding information that things would change in Russia in 2022. That it would be like nothing we've seen before, that Russia would become a dictatorship. That Russia would be North Korea 2.0 and journalists would be jailed and the free media (well, the remaining islands of free media) would be shut down. And that the country would become an army or it would run like an army,” Christo said. '

Christo Grozev is a journalist and executive director of Bellingcat and  has received multiple awards for his investigative journalism, including the Nannen Prize for investigation in 2021 and the 2019 European Press Prize Investigative Reporting Award for an investigation into the poisoning of Sergei and Yulia Skripal. 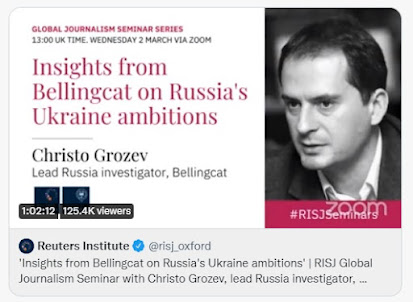