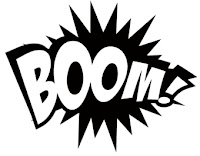 An Israeli F-16 shot the drone with air-to-air missiles, an Israeli military official told CNN. It went down five nautical miles off the coast of Haifa, and Israeli naval forces were searching the area while an investigation was initiated, the Israeli military said.

"I view with utmost gravity this attempt to violate our border," Prime Minister Benjamin Netanyahu said in a prepared statement. "We will continue to do everything necessary to safeguard the security of Israel's citizens."

Thursday's incident marked the second time an unmanned aircraft had been intercepted in Israeli airspace within the past seven months, the IDF said.

In October 2012, Israeli warplanes tracked and eventually shot down a drone over the country's northern Negev Desert.

That drone did not carry any weapons or explosives, Israeli officials said at the time. They declined to discuss the drone's route or whether it had approached any sensitive facilities.

Hezbollah claimed responsibility for sending the drone, which Israeli officials at the time said appeared to have originated in Lebanon.

Hezbollah frequently flies drones over Israel, but the military rarely bothers to shoot them down, Michah Zenko of the Council on Foreign Relations said at the time.
Posted by Steve Douglass at 3:16 PM No comments: 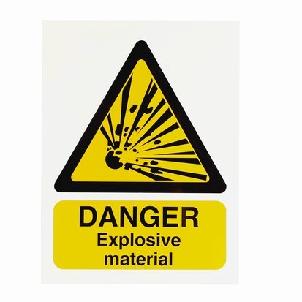 The brothers Tamerlan and Dzhokhar Tsarnaev's original intent when they hijacked a car and its driver in Boston last Thursday night was to drive to New York with bombs and detonate them in Times Square, but their plan fell apart when they became embroiled in a shootout with police.

“Last night we were informed by the FBI that the surviving attacker revealed that New York City was next on their list of targets,” Bloomberg said at New York City Hall. “He and his older brother intended to drive to New York and detonate those explosives in Times Square.”

One law enforcement source said earlier this was based on what surviving suspect Dzhokhar Tsarnaev, 19, told investigators in a Boston hospital. He is recovering from gunshot wounds in Beth Israel Deaconess Medical Center, where he was formally charged on Monday with crimes that could carry the death penaltyOfficials said the Tsarnaev brothers had six remaining improvised explosive devices and, after realizing they had been identified from surveillance images in Boston, spontaneously decided to drive to New York and set off those explosives. The six remaining devices included one pressure cooker bomb, as used in Boston, and five smaller pipe bombs.

READ THE REST OF THE STORY HERE
Posted by Steve Douglass at 2:47 PM No comments:

How to steal a UAV - The Interceptors Club for only 99 cents!


For the next 48 hours only you can purchase The Interceptors Club and the Secret of the Black Manta on SMASHWORDS  for less than one dollar! on purchase use coupon code: GG37E  to get it at the sale price.

Amazing book, when this book hits its climax, you CANNOT put it down..... I hope it comes out in print format, so I can add it to my collection of all time favorite books!
(reviewed within a month of purchase)
Review by: Ian Metson on April 23, 2011 :

A great read for all ages. Given that it's a thriller based upon what may or may not be 'out there', Steve's treatment is especially credible to those with an interest in the subject matter. All too often I lose interest with fiction based upon Area 51-type stories when the roots of credibility become incredible and this is definitely not one of those. I liked the characters, found their traits amusing as I recognise the same in those I know. Clearly, it's fiction loosely based around Steve's own personal experiences and he is hopefully proud of producing a good, difficult to put down, read.
(reviewed within a month of purchase)
Review by: Jim Whitten on April 23, 2011 :

The Black Manta was a fun easy read and the discriptive adjectives were well done. The first third of the book was in the realm of possible while the last third was in the realm of sci-fi. If such a "plane" existed, no country on this planet could stand up to its fire power. Many more books could be written with the theme of some of those countries trying to learn the secrets of the Black Mantra.
(reviewed within a month of purchase)

This is a thriller with a human side. It is all about secrecy and the mystery of technology and the sinister and the innocent I would compare to another novel that might come as a surprise: To Kill A Mockingbird. Why? Because both books take on deep and important issues through the eyes of kids. In TKAM it is race, here it is the nature of knowledge and suspicion. As someone who has seen government and organizations at work, I sense truth and insight here. Highly recommended. Many stars!
(reviewed long after purchase)
Review by: makitup on Oct. 25, 2010 :

Was a fun read. I enjoyed it and recommend it especially to scanner/radio hobbyists.
(reviewed long after purchase)
Review by: Greg Hillen on Oct. 07, 2010 : (no rating)
I just finished reading Steve’s book, The Interceptors Club And The Secret Of The Black Manta. It was honestly a fun read. I read a lot of Dale Brown and Stephen Coonts and this book is in the same genre, but less heavy and more light hearted. It may, in general, appeal more to younger readers, but as a service brat and early reader of Hardy Boys and Tom Swift novels, I was quite comfortable with it. And as a 34 year DoD employee, I recognized a lot of the terminology as fairly accurate. The pace is slightly slow at first while characters and plot line are developed, but picks up in good time and becomes a bit of a page turner. The plot is all too plausible with a twist at the end that I really liked. At the price you really can’t go wrong. I’ve paid a lot more for books I liked a lot less. I recommend it.

Greg Hillen
(reviewed within a month of purchase)
Review by: Michael Wilhelm on Oct. 03, 2010 :

One cool book, both for teens and adults. I'm over 30 and totally enjoyed it. The story is fresh and and unlike anything I've read. It reads more like a true account then fiction - in fact I can't but help wonder how much of this book is based on real life.

The Interceptors Club is a unique adventure story that takes the reader into the minds and eyes of a group of precocious teenagers (air force brats) who become caught up in a dark world of espionage, stealth aircraft and military intrigue. Although it is a big book - comparable to the size of Harry Potter books - I never found myself bored or tempted to jump ahead. The characters are three dimensional and fresh and talk like kids talk. It's funny an amazingly detailed look into the "black" world and even has a tad of spirituality thrown in to boot. In short - one cool read.
(reviewed within a month of purchase)
Posted by Steve Douglass at 9:26 AM No comments: