Israel has confirmed it has killed Hamas Military Chief and terror mastermind Ahmed al-Jabari. He had been credited with the increased rocket fire coming from the Gaza Strip. Approximately 10,000 rockets have been fired at Israel since he assumed the position.

IDF Spokesman Yoav Mordechai told the Jerusalem Post that the airstrike marked the beginning of a campaign to target Hamas and Islamic Jihad terror organizations in Gaza.

According to an AP report, “Witnesses say Jabari was traveling in his vehicle in Gaza City when his car exploded.”

Shortly after the operation the IDF released this statement:

“In the past hour, the IDF targeted Ahmed Jabri, the head of Hamas’ military wing, in the Gaza Strip. Jabri was a senior Hamas operative who served in the upper echelon of the Hamas’ command and was directly responsible for executing terror attacks against the State of Israel in the past number of years.

The purpose of this operation was to severely impair the command and control chain of the Hamas leadership, as well as its terrorist infrastructure. This was a surgical operation in cooperation with the Israeli Security Agency, that was implemented on the basis of concrete intelligence and using advanced capabilities.”

The Times of Israel reports that, “Jaabari was credited with being one of the leaders of Hamas’s violent putsch to take control of the Gaza Strip in 2007, and masterminded the professionalization of the Hamas military,” and that “Israel attempted to kill Jaabari in an airstrike in 2004.”

Editors note: This should cause Hamas members to lose plenty of sleep - especially when they hear jets flying overhead.


RELATED
Posted by Steve Douglass at 1:56 PM No comments: 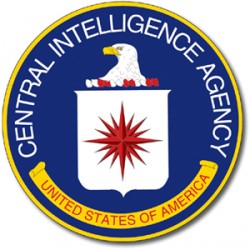 
The FBI is making a new push to determine how a woman who had an affair with retired Gen. David H. Petraeus when he was CIA director obtained classified files, part of an expanding series of investigations in a scandal that also threatens the career of the United States’ top military commander in Afghanistan.

Senior law enforcement officials said that a late-night seizure on Monday of boxes of material from the North Carolina home of Paula Broadwell, a Petraeus biographer whose affair with him led to his resignation last week, marks a renewed focus by investigators on sensitive material found in her possession.

The issue of national security is still on the table,” one U.S. law enforcement official said. Both Petraeus and Broadwell have denied to investigators that he was the source of any classified information, officials said.

The surprise move by the FBI follows assertions by U.S. officials that the investigation had turned up no evidence of a security breach — a factor that was cited as a reason the Justice Department did not notify the White House before last week that the CIA director had been ensnared in an e-mail inquiry.

The disclosure about the FBI’s renewed focus comes as investigations of the matter expanded on other fronts.

The Defense Department said Tuesday that its inspector general is examining hundreds of e-mails between Marine Gen. John R. Allen, the U.S. commander in Afghanistan, and a Florida woman also linked to the Petraeus inquiry.

At the same time, key lawmakers signaled their intent to scrutinize the Justice Department’s handling of an inquiry that focused initially on a potential conflict between two private people but quickly morphed into an examination of the e-mail of two top national security officers.

“My immediate gut is like this is the National Enquirer,” Sen. Dianne Feinstein (D-Calif.), the chairman of the Senate intelligence committee, said in an interview on CNN. “I mean, every day there is something new.”

Feinstein added that she has “many questions about the nature of the FBI investigation, how it was instituted, and we’ll be asking those.”

White House spokesman Jay Carney said that President Obama maintains confidence in Allen and that the four-star general will continue to lead the war in Afghanistan even as he faces the inspector general’s inquiry.

“I can tell you that the president thinks very highly of General Allen and his service to his country, as well as the job he has done in Afghanistan,” Carney said, adding that Obama “has faith in General Allen, believes he’s doing and has done an excellent job.”

The Allen investigation focuses on his extensive correspondence with Jill Kelley, a Tampa resident who had carved out a role as an ad hoc social ambassador to military personnel at MacDill Air Force Base.

READ THE REST AT THE WASHINGTON POST
Posted by Steve Douglass at 11:52 AM No comments: 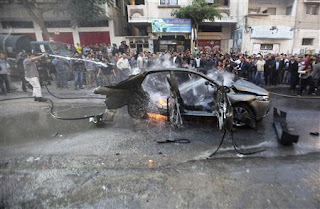 The attack came despite signs that Egypt had managed to broker a truce between Israel and Palestinian militants after a five day surge of violence which saw more than 100 missiles fired out of Gaza and repeated Israeli strikes on the enclave.
Islamist Hamas said Ahmed Al-Jaabari, who ran the organization's armed wing, Izz el-Deen Al-Qassam, died along with a passenger after their car was targeted by an Israeli missile.
Israel's Shin Bet domestic intelligence service confirmed it had carried out the attack, saying it had killed Jaabari because of his "decade-long terrorist activity".
"The purpose of this operation was to severely impair the command and control chain of the Hamas leadership," the Israeli military said in a statement.
Immediate calls for revenge were broadcast over Hamas radio and smaller groups also warned of retaliation.
"Israel has declared war on Gaza and they will bear the responsibility for the consequences," Islamic Jihad said.
A Reuters witness reported there were multiple Israeli airstrikes against the coastal enclave, but it was not immediately clear what else had been targeted.
Hamas has governed Gaza since 2007 and does not recognize Israel's right to exist. It has been emboldened by the rise to power in neighboring Egypt of its spiritual mentors in the Muslim Brotherhood whom it views as a "safety net".
Israel last staged a full-scale attack on Gaza during a three week conflict in 2008 and 2009 in which 1,400 Palestinians and 13 Israelis were killed.
(Reporting by Nidal al-Mughrabi and Dan Williams; Writing by Crispian Balmer)
Posted by Steve Douglass at 8:02 AM No comments: 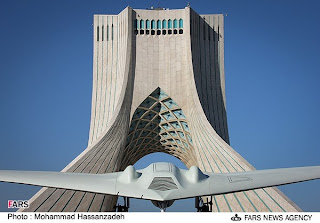 Posted by Steve Douglass at 7:26 AM No comments: