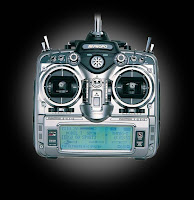 The Stratford-based helicopter maker and military contractor announced Monday the creation of Sikorsky Innovations, intended to speed the transformation of the mechanical helicopter into a computerized aircraft.It also will promote projects that are now designing helicopters to fly faster, simulate vision and monitor their own performance.

It’s also part of military packages sold to other nations and has been used in civilian missions such as rescuing snowbound mountain climbers.The Black Hawk helicopter, used for air assault and medical evacuation, was featured in the book and movie, “Black Hawk Down,” chronicling a battle in Somalia in 1993 when two helicopters were shot down, killing 18 soldiers.Some of the deadliest crashes involving five Black Hawk helicopters in Iraq killed 51 soldiers between 2003 and 2007.

The helicopter is relied upon in Afghanistan, a mountainous nation with long stretches of desert and few decent roads.

Unmanned war planes are not recent, but are drawing interest from commanders trying to reduce casualties while not relenting in combat.“The new thing here is to apply technologies in small airplanes and rotorcraft to the 20,000 pound Black Hawk,” said Chris Van Buiten, director of Sikorsky Innovations.

“It ups the stakes.”Mark Miller, vice president of research and engineering at the subsidiary of United Technologies Corp., said officials want to harness Sikorsky’s rapid growth —” revenue and profit have more than doubled over the past five years — with technological advances that are remaking helicopters.

Sikorsky Innovations can now “change the game” in the manufacturer’s next generation of helicopters, he said.Sikorsky will design and build an “optionally piloted helicopter” to resupply troops or engage in battle.

It will give commanders a choice between operating a Black Hawk with one pilot or two or none.

“We’ll let it adapt to the mission,” Van Buiten said.Sikorsky is jumping into a lucrative and growing market. Steven Zaloga, a senior analyst at Teal Group Corp. in Fairfax, Virginia, said unmanned aerial vehicles represent “one of the few dynamic markets” in the aerospace industry hit hard in the recession.

The Teal Group estimates the global market for unmanned aerial vehicle hardware will rise from $2.9 billion this year to $5.5 billion in 2019, Zaloga said.

The Defense Advanced Research Projects has developed the A160, which is now being tested by the Army and its network of researchers.

Phil Hunt, a program manager at the agency, said challenges include unmanned aircraft seeing and avoiding other aircraft in federally-regulated or military airspace and the potential dangers of carrying weapons at the time of a crash.

Sikorsky Innovations, which over 10 years will spend $1 billion from Sikorsky and its customers, also is researching technologies that would vastly increase a helicopter’s speed, enable helicopters to use computers to see through dust storms kicked up during takeoffs and landings, allow helicopters to gather data about their own condition and tailor the performance for quieter and more comfortable rides if necessary.
Posted by Steve Douglass at 4:34 PM No comments:

Washington (CNN) -- A U.S. missile defense test failed Sunday when a long-range missile missed its target because of radar problems.
The Defense Department said a target missile was launched from an Army test site at Kwajalein Atoll in the Marshall Islands at 7:40 p.m.

Six minutes later, a second missile was launched from Vandenberg Air Force Base in California, to find the first one and destroy it.
Both missiles flew successfully, but missed each other because of a problem in the sea-based X-band radar, the department's
Missile Defense Agency said.

The X-band radar sits atop a modified floating oil platform and provides information about incoming missiles so military officials can launch a response.

"Both the target missile and ground-based interceptor performed nominally after launch. However, the sea-based X-band radar did not perform as expected," the agency said.
Posted by Steve Douglass at 3:41 PM No comments: 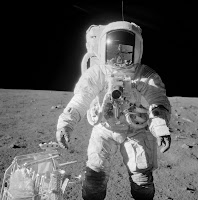 CNN) -- American astronauts will not return to the moon as planned if Congress passes President Obama's proposed budget.
Obama's budget -- which aims to tighten the nation's purse strings in certain areas while increasing money used to create jobs -- would cancel NASA's Constellation Program, which had sought to send astronauts back to the moon by 2020.
Constellation also intended to study the idea of establishing a moon colony. The program was set to follow the U.S. space agency's shuttle missions, which are due to end in September.

On its Web site, the White House Budget Office says the program to send astronauts to the moon is behind schedule, over budget and overall less important than other space investments.
"Using a broad range of criteria, an independent review panel determined that even if fully funded, NASA's program to repeat many of the achievements of the Apollo era, 50 years later, was the least attractive approach to space exploration as compared to potential alternatives," the site says.

"Furthermore, NASA's attempts to pursue its moon goals, while inadequate to that task, had drawn funding away from other NASA programs, including robotic space exploration, science, and Earth observations."
Overall, Obama's proposed budget increases the National Aeronautics and Space Administration's budget by $6 billion over the next five years. The president's budget would give NASA a $19 billion budget in 2011, compared to its $18.3 billion budget this year.

Congress has to approve the federal budget, and a final ruling may not happen for months.
The budget changes will not prevent NASA from returning astronauts to the moon and exploring the rest of the solar system, NASA Administrator Charlie Bolden said in a conference call with reporters on Monday.
"Imagine trips to Mars that take weeks instead of nearly a year; people fanning out across the inner solar system, exploring the Moon, asteroids and Mars nearly simultaneously in a steady stream of firsts ... That is what the president's plan for NASA will enable, once we develop the new capabilities to make it a reality," Bolden said.

The NASA administrator emphasized the fact that the president's budget would increase NASA funding overall and said the Constellation program was behind schedule and over-budget anyway.
"The truth is we were not on a sustainable path to get back to the moon's surface, and as we focused most of our efforts and funding on getting back to the moon we were neglecting investment in key technologies to get us beyond," he said.
Sen. Bill Nelson, a Democrat from Florida, criticized the president for slashing NASA's moon-mission program from his suggested budget.

The move could cause the U.S. to fall behind other countries in space exploration, he said.
"If they don't push hard now for research and development of the new big rocket that'll take us out of low-Earth orbit and let us explore the heavens, then we are going to be falling behind China and Russia, and that's something I don't think will sit well with the American people," he said in an interview with CNN.
Louis Friedman, executive director of The Planetary Society, called that assertion "ridiculous," and said he's hopeful the end of

Constellation was behind schedule, and a new program offers a fresh start and puts needed emphasis on space exploration beyond the moon, he said.

"I think the Constellation program probably fell on its own weight as opposed to any major policy change," he said.
Others questioned what will happen to the money NASA has already spent on its program to return to the moon.
"I think that some of the things they're working on could be used regardless of what the program is," said John Pike, director of GlobalSecurity.org and a space policy expert. "Some of it however, I think is just going to end up on the cutting room floor."

About $250 million in federal stimulus money has paid for investments in the Constellation Program, according to a CNN report. NASA's current budget gives Constellation $3.47 billion in funding, according to the White House Budget Office.
NASA says the Constellation research and technology would be useful in other space endeavors.
NASA first sent astronauts to the moon in 1969, and the space agency's Apollo program sent astronauts to the moon at total of six times.
Posted by Steve Douglass at 3:31 PM No comments: