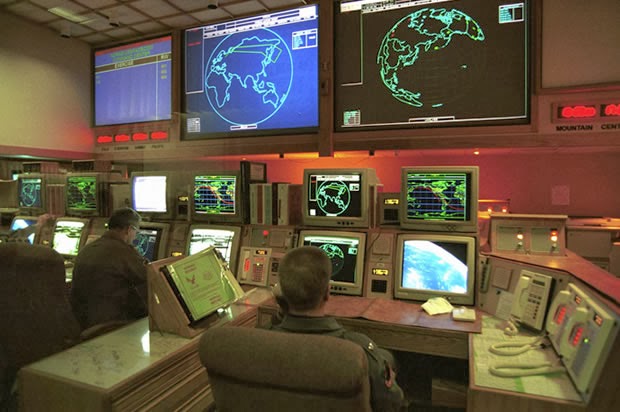 ABC: A U.S. official confirmed the ICBM launch and said it was carried out through the protocols of the START Treaty. Per the treaty requirements the official said the United States was notified of Russia’s planned launch long before the current crisis in Crimea.

The official said that the missile was fired east over the Caspian Sea and landed in a remote part of Kazakhstan.

That matches the information provided by the Russian Defense Ministry that the missile “struck a condition target on the range in Sary-Shagan, Kazakhstan.”

The planned launch comes at a time when Russia has raised international tensions by moving military forces into the Crimean peninsula, ostensibly to protect that region’s ethnic Russian population. The Russian action has led to international condemnation and the United States is considering punitive actions against Russia that could take the form of economic sanctions.

On Monday the Pentagon announced that it was suspending military engagements with Russia in the wake of the Crimean crisis. That includes a hold on military exercises, bilateral meetings, port visits and planning conferences.

American officials said they were not concerned about the launch because it was a long-planned research and development launch. “We’re not concerned,” said a U.S. official.

The U.S. routinely delays or cancels tests of weapons or exercises if they might be unnecessarily provocative or inflammatory. Last spring Defense Secretary Chuck Hagel delayed a long-planned Minuteman test launch during a time of heightened tensions with North Korea.

A defense official said at the time that Hagel had delayed the launch so it would not be misinterpreted and exacerbate the Korean crisis. The launch took place a month later after tensions had ebbed.
Posted by Steve Douglass at 12:32 PM No comments: