So this is what they are doing at Area 51.

-Steve
Posted by Steve Douglass at 4:20 PM No comments:

Posted by Steve Douglass at 4:05 PM No comments:

Journalist shot by sniper during live program in Georgia


Tbilisi – APA. Journalist of Georgian Public Television Tamar Urushadze was shot by sniper during a live program. APA reports quoting Gruziya-online website that the journalist was shot by a sniper while reviewing the latest developments in the country. The bullet lodged in the journalist’s hand. Live broadcast were suspended immediately, but the cameras recorded the happenings.

UPDATE: Conflicting reports say the sniper was possibly Georgian and not Russian. Other journalists in the same area claim they were fired on by angry Georgians.


Posted by Steve Douglass at 4:00 PM No comments: 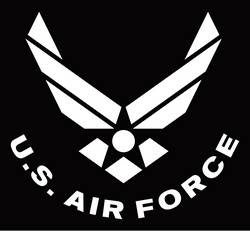 “My pledge to all today is that the Air Force will keep the promise to our teammates and to our families and to all our partners that rely on us every day,” said Schwartz, who took over as chief Tuesday morning. “Precision and reliability is our standard regardless of job or specialty, and we will return the vigor and the rigor to all the processes and missions for which we have been entrusted.”

Donley said he and Schwartz’s top priorities in the months ahead will be supporting the war on terror; fixing the nuclear enterprise; placing a greater focus on getting more intelligence, surveillance and reconnaissance to the war zone; fixing the Air Force acquisition system; and modernizing and recapitalizing the aging fleet.

Read the full story at airforcetimes.com
Posted by Steve Douglass at 9:35 AM No comments:

DailyTech has written several updates on "cloaking" technology of different kinds. The first reports involved a Russian professor who devised a new method of invisibility by redirecting light around objects. Later, U.S. and British researchers were able to use similar techniques to cloak a metal cylinder from microwaves. Next, University of Maryland reported successfully cloaking small 2D objects from all light waves. A recent overview on the topic of cloaking provided more insight.

Now a new breakthrough in the art of illusion has been achieved. Researchers at the Nanoscale Science and Engineering Center at the University of California, Berkeley have for the first time found a way to cloak 3D materials. They did this with not only one, but with two different materials.

One approach uses a nano-fishnet of metal layers. The other uses nanoscale silver wires. Both approaches make what is known as "metamaterials" -- special manmade materials with properties not seen in nature. These materials have a negative refraction index, meaning they can bend light around them.

The materials were developed by two separate teams, both under the leadership of Xiang Zhang. One team will be reporting its findings in the prestigious Nature journal, while the other will report in the journal Science.

Both materials currently can only work with limited portions of the electromagnetic spectrum. Researcher Jason Valentine who helped with the projects states, "We are not actually cloaking anything. I don't think we have to worry about invisible people walking around any time soon. To be honest, we are just at the beginning of doing anything like that."

He explains the typical positive index of refraction saying, "In naturally occurring material, the index of refraction, a measure of how light bends in a medium, is positive. When you see a fish in the water, the fish will appear to be in front of the position it really is. Or if you put a stick in the water, the stick seems to bend away from you."

What would a negative index of refraction look like? Mr. Valentine explains, "Instead of the fish appearing to be slightly ahead of where it is in the water, it would actually appear to be above the water's surface. It's kind of weird."

The key to achieving such strange mechanics is to develop structures smaller than the targeted wavelength of light. Mr. Valentine's team targeted the near the visible spectrum, in a region used in fiber optics. Past methods have focused on using single-atom layers, but these have proven too hard to work with. The new method from Mr. Valentine's team has taken those designs and thickened them, by using multiple layers with nanoholes punched in them.

He explains, "What we have done is taken that material and made it much thicker. We call it a fishnet."

The other team used an oxide template to grow silver nanowires inside porous aluminum oxide. The spacing between the wires was smaller than the wavelength of visible light. This device works in the visible spectrum, refracting light.

Despite his belief that cloaking is "not quite there", Mr. Valentine says both technologies could soon allow for a cloak of invisibility. He explains, "However, cloaking may be something that this material could be used for in the future. You'd have to wrap whatever you wanted to cloak in the material. It would just send light around. By sending light around the object that is to be cloaked, you don't see it."

Professor Zhang is similarly enthusiastic, stating, "What makes both these materials stand out is that they are able to function in a broad spectrum of optical wavelengths with lower energy loss. We've also opened up a new approach to developing metamaterials by moving away from previous designs that were based upon the physics of resonance. Previous metamaterials in the optical range would need to vibrate at certain frequencies to achieve negative refraction, leading to strong energy absorption. Resonance is not a factor in both the nanowire and fishnet metamaterials."

The research was government funded as the Defense Department has great interest in developing invisibility cloaks for its fighters, soldiers, and warships.
Posted by Steve Douglass at 6:55 AM No comments:

Posted by Steve Douglass at 5:51 AM No comments: