Obama to deploy SpecOps to Syria - Russia is pissed. 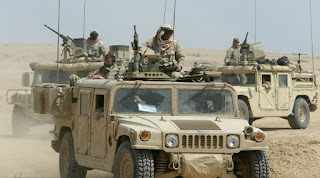 A small contingent of US special forces will be sent as part of an “advise and assist” mission to the Syrian rebels fighting against Islamic State militants, Reuters reported citing unnamed US officials.

Unnamed US officials told Reuters that 20-30 special forces operatives will be sent to Syria as military advisers, presumably to the US-backed rebel groups.

Obama has previously refused to send US troops to Syria, saying that local Sunni Arabs would have to fight IS (also known as ISIS and ISIL) on the ground, while the US-led coalition supported them from the air.

The troops will be sent to Kurdish-controlled territory in northern Syria, CNN reported citing multiple anonymous officials. While they are not expected to be on the front lines with rebel forces, they will have the right to fight back if attacked. They can also join rebel raids if authorized by Washington.

US special operatives are part of a 4,500-strong force already deployed in Iraq, advising and assisting the Iraqi army and militias in their fight against Islamic State forces. Last week, one of the US advisers – Master Sergeant Joshua Wheeler of the secretive Delta Force – was killed during a hostage rescue raidin northern Iraq.

Russia has been conducting precision airstrikes on IS positions in Syria at the request of President Bashar al-Assad since September 30, which, according to the Russian General Staff, have already resulted in a large-scale militant retreat and the loss of much of their weaponry and equipment.

However, operations without a nod from the official government or UN authorization don't have legitimacy under international law.

“Any operations – air based operations, ground based operations – in Syria by American forces will be illegal,” Konstantin Kosachev, the head of Russia’s parliamentary committee on foreign affairs, told RT earlier this week, commenting on the potential involvement of US ground troops against ISIS in Iraq and Syria.

Obama’s announcement comes as diplomats from 20 countries gather in Vienna for talks on a political solution to the Syrian Civil War.
read more here
Posted by Steve Douglass at 9:26 AM 1 comment:

Northrop Grumman, Falls Church, Virginia, has been awarded a contract for the Long Range Strike Bomber. 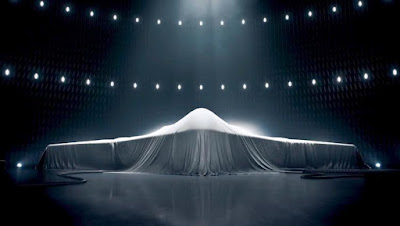 After US financial markets closed Tuesday evening, Defense Secretary Ash Carter and Air Force leadership announced that Northrop beat out the team of Boeing and Lockheed Martin for the contract, which is expected to top $55 billion over the life of the program. It's the largest military aircraft deal since Lockheed Martin won the Joint Strike Fighter (JSF) more than a decade ago.

Northrop now has the Pentagon's blessing to build a new fleet of aircraft to replace the Air Force’s aging B-52s and B-1s. As builder of the B-2 stealth bomber, Northrop beat out a joint Lockheed Martin-Boeing team in a closely watched competition that has lasted months longer than anticipated.

Earlier on Tuesday, before the announcement and after a hearing on streamlining defense acquisitions, Thornberry acknowledged concerns over a possible LSR-B protest and the litigious nature of acquisitions in general.

"It's part of the way acquisition culture has developed that every bid award has protests, and you're expected to protest – basically with no penalty," he told reporters. "So, a number of members have had ideas about improving that situation, and it's something that we will continue to discuss."

READ MORE AT DEFENSE NEWS
Posted by Steve Douglass at 2:28 PM No comments: 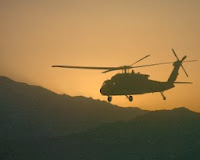 READ MORE HERE
Posted by Steve Douglass at 9:16 AM No comments:

In an interview with CNN on Monday, the alleged hacker said he has yet to be contacted by law enforcement.

The CIA issued a statement Monday saying they are aware of the report. A DHS spokesman also issued a statement saying, "We don't discuss the Secretary's security information. We have forwarded this matter to the appropriate authorities." The FBI declined to comment.

It does not appear that any classified information was accessed, according to a law enforcement official.


The alleged hacker said he was motivated both by politics and by the desire to shame the government.

The reports highlight the sensitivity of government officials using personal email addresses whether or not they use them for government purposes, an issue thrust into the spotlight in part by Hillary Clinton's use of private email when she was secretary of state.

While much of the controversy over Clinton's email use stems from the fact that she used the account for work purposes -- there has also been concern about officials using personal email for non-government purposes but on company computers.

The problem is that private email addresses make easy targets.

Johnson apologized over the summer for getting a waiver to use personal email on government computers at the Department of Homeland Security -- the civilian agency tasked largely with leading the federal government's cybersecurity efforts. He called it a "whoops" moment and extended an existing ban to cover top officials who had sought waivers for their email access.

The concern with personal email is that it can be relatively easy for hackers to target and exists outside the protections on .gov email addresses managed by the government.

In fact, the hacker told The New York Post that he used a stunningly simple tactic to allegedly hack Brennan's account.

The process, called "social engineering," involves collecting information on a person that is publicly available and using it to personalize an attack on their accounts. In this case, the alleged hacker told the Post he tricked Verizon employees into giving him Brennan's information and got AOL to reset his password, presumably sending the reset to the hacker.

The tactic, taking advantage of call centers, has been documented by several in the security community as a relatively easy and dangerous hacking technique.

In another form of social engineering, a hacker in 2008 broke into the email account of former vice presidential candidate Sarah Palin by answering her simple security questions, including her birthday and zip code.

READ MORE AT CNN
Posted by Steve Douglass at 8:01 AM No comments: