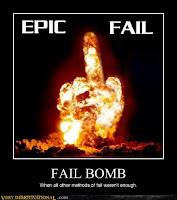 CNN) -- Authorities believe a truck carrying more than 1,500 pounds of explosives caused a massive blast outside a combat outpost that injured 77 U.S. troops and killed at least two Afghan civilians over the weekend, a U.S. military official said.
The attack -- which occurred on the eve of the 10th anniversary of al Qaeda's 9/11 attack on the United States -- left a large crater at the site that could be 20 feet deep, according to the official, who asked not to be identified due to the sensitive nature of the ongoing investigation.

Most of the U.S. troops have concussions, the military official said. More than half of them were evacuated to U.S. military medical installations for evaluation, but all are expected to return to duty, the official said.
Two Afghan civilians were killed and 25 others were wounded in attack, U.S. Army Sgt. Lindsey Kibler said.

The truck bombing took place in the central-east province of Wardak, and those killed were Afghan laborers, said Shahidullah Shahid, the Wardak governor's spokesman.
The Taliban claimed responsibility for the assault. NATO's International Security Assistance Force confirmed the attack was carried out by a Taliban suicide bomber.
Attack hits NATO base on 9/11 anniversary Has the Taliban changed since 9/11?

Authorities are still investigating, the U.S. military official said. Investigators are looking at the possibility that insurgents originally planned to use the bomb against a high-profile target in Kabul around the 10th anniversary of the 9/11 attacks, but found security too tight in the capital, the official said.
Investigators also believe the bomb included a chemical accelerant to increase the impact of the blast, the official said, but the majority of the blast was absorbed by protective barriers.

READ THE FULL STORY HERE
Posted by Steve Douglass at 2:31 PM No comments: