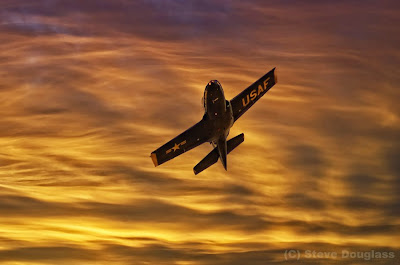 I caught this T-37 "Tweet" today out at Rick Husband (Amarillo) Int. Airport doing some touch and gos. Not the fastest bird in the inventory but one every military jet pilot knows well. A T-37 is likely the first jet-powered aircraft any budding Top Gun first flew.

The Central intelligence Agency (CIA) has destroyed 92 tapes of interviews conducted with terror suspects, a US government lawyer has admitted.

The agency had previously said that it had destroyed only two tapes.

The American Civil Liberties Union (ACLU) has launched a lawsuit against the CIA to seek details of the interrogations of terror suspects.

Techniques involved are understood to have included water-boarding, which the Obama administration says is torture.

The acknowledgment of the 92 destroyed tapes came in a letter sent to the judge presiding over the ACLU lawsuit.

The letter, dated 2 March, said the CIA was gathering more details for the lawsuit, such as a list of the destroyed records, any secondary accounts describing what was on the destroyed tapes, and the identities of those who may have viewed or possessed the recordings before their destruction.

"The CIA intends to produce all of the information requested to the court and to produce as much information as possible on the public record to the plaintiffs," the letter said.

In 2005 a judge ordered the preservation of all evidence regarding the treatment of detainees at Guantanamo Bay.

In December 2007, the CIA revealed that two tapes from interviews had been destroyed five months after the ruling.

But the agency said the ruling did not apply to the destroyed tapes, as they concerned interrogations that took place before the suspects had been transferred to Guantanamo.
Posted by Steve Douglass at 4:14 PM No comments:

Posted by Steve Douglass at 9:38 AM No comments:

Mullen on Iran: Nuke weapon capability exists: "WASHINGTON — The top U.S. military official said Sunday that Iran has sufficient fissile material for a nuclear weapon, declaring it would be a ‘very, very bad outcome’ should Tehran move forward with a bomb."

Posted by Steve Douglass at 9:36 AM No comments: