Iran claims to have busted US Spy network ... 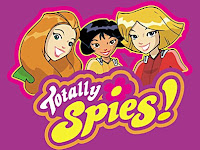 The statement said the operatives had gathered data from "universities and scientific research centers, and in the field of nuclear energy, aerospace, defense and biotechnology industries."
The alleged spy ring also used U.S. embassies and consulates in several countries, particularly Turkey, Malaysia, and the United Arab Emirates to cull information about the "oil and gas pipelines, telecommunication and electricity networks, airports and customs, the security of the banking and communication systems."

"The network, which was set up by a considerable number of seasoned CIA operatives in several countries, attempted to trick citizens into spying for them under the guise of issuing visa, helping with permanent residency, and making job and study offers," the report said.

The Iranian and U.S. governments have been adversaries since the 1979 Iranian revolution that toppled the shah of Iran and ushered in a hard-line and theocratic Islamic republic. Today, the United States says Iran aspires to build nuclear weapons and backs terrorism in the Middle East -- stances Tehran denies.

Iran repeatedly has accused the CIA of trying to undermine the government, and news reports surfaced during the George W. Bush administration of an escalation in U.S. covert operations to undermine the regime.

In another 2010 bust, seven people, including some accused of having ties to a U.S.-backed Farsi-language radio station, were arrested. Iran's state-owned Press TV reported that two CIA operatives were among the group.

In 2009, Iranian authorities said it arrested four citizens who were paid by the U.S. government to bring about a regime change. It said the group was funded by the State Department and the CIA.
The U.S. did not acknowledge those reports or the new claims from Saturday.

READ THE REST OF THE STORY ON CNN HERE
Posted by Steve Douglass at 1:54 PM No comments:

WIRED: Was a stealth Chinook used in Obama raid? 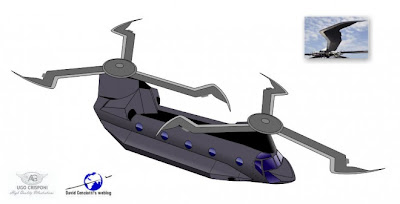 By now we know that the two helicopters that deposited the 23 U.S. operatives (and their dog) into Osama bin Laden’s compound in Abbottabad, Pakistan, on May 2 were no standard-issue Army rotorcraft. Rather, they were stealth modifications of the MH-60 Blackhawk, optimized to reduce their noise, infrared and radar signatures.

But there’s a growing belief that other stealthy choppers might have been present, as well. It’s the latest in a series of revelations regarding the sophisticated tactics and techs behind the high-stakes raid.

We know about the pair of radar-evading Blackhawks because one of the elusive birds — dubbed “Silenthawks” by the media — crashed inside the bin Laden compound, leaving behind an intact tail rotor that photographers documented the following morning and aviation geeks used to infer the aircraft’s overall configuration.

That crash, plus the dicey politics surrounding the CIA-led assault, offer up circumstantial evidence of an even more secretive “silent” helicopter: a possible variant of the twin-rotor MH-47 Chinook, sporting the same stealth treatments as the Silenthawk and operated by the same 160th Special Operations Aviation Regiment.


As he did with the Silenthawk, aviation journalist David Cenciotti commissioned artist Ugo Crisponi to produce concept art depicting this alleged copter. (See artwork, above.)

Early reporting, including our own, proposed that Chinooks likely participated in the raid, for purely mathematical reasons. Twenty-four Navy SEALs and one dog would max out the capacity of a pair of H-60s. A single H-47, never mind two, could carry the whole assault force with room to spare.

That assumption was challenged on May 3, when CIA chief Leon Panetta said the assault birds were definitely “Blackhawks.” The same day, the photographic evidence surfaced of those choppers’ special mods. From that, observers concluded that the operation was conducted without Pakistani approval, and indeed against their wishes, using H-60 helicopters capable of slipping past Islamabad’s radars.

That seemed to definitively rule out the big, loud, radar-reflecting Chinooks. “I don’t believe that ‘normal’ MH-47s were involved,” Cenciotti wrote on May 6, owing to “considerations on the stealthiness of the formation.”

READ MORE HERE AT WIRED'S DANGER ROOM
Posted by Steve Douglass at 5:58 AM No comments: