Are we failing in Afghanistan?

An intense military campaign aimed at crippling the Taliban has so far failed to inflict more than fleeting setbacks on the insurgency or put meaningful pressure on its leaders to seek peace, according to U.S. military and intelligence officials citing the latest assessments of the war in Afghanistan.

Escalated airstrikes and special operations raids have disrupted Taliban movements and damaged local cells. But officials said that insurgents have been adept at absorbing the blows and that they appear confident that they can outlast an American troop buildup set to subside beginning next July.

"The insurgency seems to be maintaining its resilience," said a senior Defense Department official involved in assessments of the war. Taliban elements have consistently shown an ability to "reestablish and rejuvenate," often within days of routed by U.S. forces, the official said, adding that if there is a sign that momentum has shifted, "I don't see it."

READ THE FULL STORY AT CBS NEWS
Posted by Steve Douglass at 5:28 AM No comments: 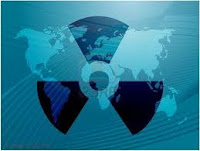 (F. E. WARREN AFB, Wyo.) -- About 50 nuclear missiles at Warren Air Force Base in Wyoming went offline for about 45 minutes during the weekend. The missiles were taken offline while Air Force officers tried to correct a hardware glitch that had some of the missiles pinging incorrect messages.

Officials stress that there was no compromise in security nor in the launch capability of the missiles, and that President Obama could have launched the missiles if he needed to. Officials added that nothing was compromised because there are many ways in which the missiles can be launched.

The problem was apparently a hardware malfunction, said the official, an Air Force officer with knowledge of the event who spoke on the condition of anonymity.

Of these, there was a "communication disruption" in which the Air Force lost communication with 50 ICBMs located at F.E. Warren Air Force base in Wyoming.

"The whole episode lasted three-quarters of an hour," the officer said.

On Oct. 26, investigators discovered that similar incidents had happened at other sites more than a decade ago, so they are focusing on the hardware.

"It looks to be a mechanical problem with a particular part," the officer said.

"As soon as it happened, there was a security check of every missile site" - by video camera and in person - "and there was no apparent damage to any equipment."

"We have no indication of any malicious or intentional activity that would have caused this - it looks to be mechanical," the officer said.

The other squadrons with 50 missiles each at Warren were unaffected, as were the 300 ICBMs at the Montana and North Dakota bases, the officer said.

President Barack Obama was briefed about the event early Oct. 27 - after Chairman of the Joint Chiefs of Staff Adm. Mike Mullen and Defense Secretary Robert Gates, CBS News reported.
Posted by Steve Douglass at 5:17 AM No comments:

Washington (CNN) -- The Pentagon is bracing for the release of more secrets by the whistleblower website WikiLeaks, a Pentagon official said Tuesday, as the Defense Department drafts a new plan to securely distribute and protect military and other information.

Pentagon spokesman Col. Dave Lapan said WikiLeaks has more Defense Department material beyond what site founder Julian Assange has admitted publicly to possessing.
"We believe that WikiLeaks has in its possession additional documents that may be released in the future," Lapan told reporters at a briefing. "They still have the 15,000 documents from Afghanistan. They still have a video from Afghanistan. Those are things they have talked about publicly."
"And we have reason to believe they have other documents as well," he added, without elaborating.

The military has charged Pfc. Bradley Manning with leaking video to WikiLeaks, as well as downloading documents from military computers while he served as an intelligence analyst in Iraq. Among the documents he is alleged to have taken are 150,000 diplomatic cables. WikiLeaks has denied being in possession of those cables. Manning is currently being held at a military jail in Quantico, Virginia.

READ THE REST OF THE STORY AT CNN
Posted by Steve Douglass at 5:13 AM No comments: