The Army Corps of Engineers says it has found electrical problems at the National Security Agency's $1.7 billion data center in Utah that could delay the new facility's long-awaited opening this fall.
The data center is filled with super-powered computers designed to store massive amounts of information gathered secretly from phone calls and emails. When it opens, the facility will be the NSA's largest data storage center in the U.S., constantly using 65 megawatts of power - enough to power 33,000 houses.
What exactly will be happening inside the center has been shrouded in mystery. There is no visible marker bearing the facility's name and operator, and the NSA has been tight-lipped about what they'll be doing there.
The Army Corps of Engineers discovered the problem during tests ahead of the scheduled Oct. 1 opening of the facility south of Salt Lake City, on a National Guard base, Corps spokeswoman Diedra Cordell said in an emailed statement.
The Corps, which is in charge of construction, says experts are working to correct it. Cordell did not provide details about the exact nature of the electrical problem, or say if it has caused any major damage.
NSA spokeswoman Vanee Vines acknowledged the problem in an email but declined to provide any more information.
"The failures that occurred during testing have been mitigated," Vines said in a statement. "A project of this magnitude requires stringent management, oversight, and testing before the government accepts any building."
The problems were first reported by the Wall Street Journal.
The Army Corps also found an air flow problem with the generators that they are working to fix, Cordell said. The agency is working to complete its final inspection of the center before handing it over, she said.
NSA officials have said the agency chose the Utah location over 37 others because electricity is cheaper here, and because it was easier to buy enough land to build the center's long, squat buildings that span 1.5 million square feet. The center sits on a hill in Bluffdale, a community of about 8,000 people 25 miles south of Salt Lake City that is known for its rodeo and annual Old West Days.
The utility that powers the data center said it determined the electrical problems are the fault of the NSA data center and not the power grid. The utility's engineers did a detailed analysis of their systems during the times the NSA reported problems, said Rocky Mountain Power spokesman David Eskelsen.
"It's something internal to the NSA system," Eskelsen told The Associated Press.

READ THE REST OF THE STORY HERE
Posted by Steve Douglass at 7:05 AM No comments: 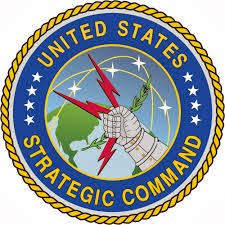 A US Navy admiral who oversees the nation's nuclear weapons forces has been sacked, a Navy spokesman has said.

Vice-Adm Tim Giardina, second-in-command of the US Strategic Command, is under investigation for illegal gambling activities.

He is accused of using counterfeit gambling chips in "a significant monetary amount" at an Iowa casino.

Adm Giardina was demoted to a two-star admiral and will be reassigned pending outcome of the inquiry.

On Wednesday, the Navy's top spokesman Rear Adm John Kirby announced the removal of Adm Giardina as the deputy in charge of the US Strategic Command.The case was referred to the US Naval Criminal Investigative Service after he first came to be suspected of the crime.

Adm Giardina, a career submarine officer, was suspended from duty on 3 September after the military launched an investigation into allegations he used counterfeit chips at a casino not far from his base in eastern Nebraska.

"We were able to detect this one pretty quickly and jump on it," he added.

It is unknown whether Adm Giardina's alleged actions at the Horseshoe Casino in Council Bluffs, Iowa, compromised national security or operations at Strategic Command.

Strategic Command, which oversees everything from America's land-based nuclear missiles to space operations governing military satellites, is located at Offutt Air Force Base near Omaha, Nebraska.

In August, a nuclear missile unit at Malstrom Air Force base in Montana failed a safety and security inspection, after which a senior security officer was relieved of duty.

In May, it was reported that 17 officers in charge of maintaining nuclear missiles were sidelined over safety violations at Minot Air Force base in North Dakota.
Posted by Steve Douglass at 5:56 AM No comments: