Posted by Steve Douglass at 2:10 PM No comments: 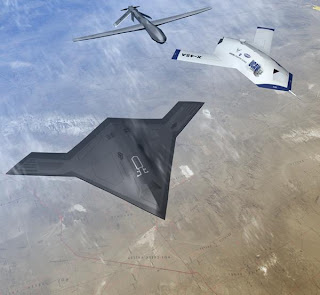 The task force is laying out a road map for UAVs all the way to 2047, the Air Force's centennial, said Col. Eric Mathewson, director of the Air Force Unmanned Aircraft Systems Task Force at the C4ISR Integration conference in Arlington, Va., Oct. 17.

"I wish I could say more about it now," Mathewson said, but did disclose that it will outline technological decisions, procurement, personnel needs and capabilities for the future.

That future will include something of a change in mind-set for Air Force intelligence, surveillance and reconnaissance (ISR), said Col. (select) Scott Murray, the Air Force headquarters special assistant for ISR transformation.

"ISR and intelligence missions are no longer support operations, they are the operations," Murray said. The service is still getting its collective brain around the domain-neutral demands of persistent global ISR, he said, but transformation and moves towards more joint ways of doing things are slowly but surely coming. 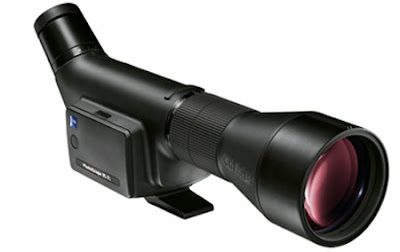 Esteemed lens manufacturer Carl Zeiss is breaking new ground by releasing the PhotoScope 85 T* FL, a spotting scope that also serves as a seven megapixel digital camera -- just in case "super-zoom" wasn't enough for you. With 15 - 45x magnification, a focal length of 600 - 1800 mm, a flip-out OLED display, and an IR remote for vibration-free release.

Trust No One: Part 1 (your keyboard may be compromised)


Compromising Electromagnetic Emanations of Keyboards Experiment 1/2 from Martin Vuagnoux on Vimeo.
Posted by Steve Douglass at 12:52 PM No comments:

Trust No One: Part 2 (your keyboard may be compromized)


Compromising Electromagnetic Emanations of Keyboards Experiment 2/2 from Martin Vuagnoux on Vimeo.
Posted by Steve Douglass at 12:49 PM No comments: 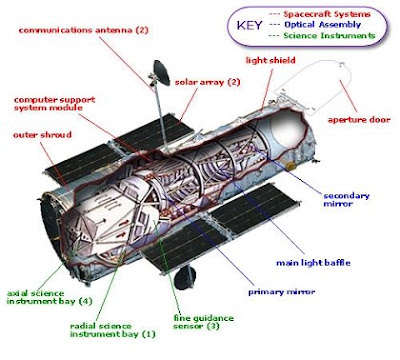 By Frank Morring, Jr./Aerospace Daily & Defense Report
Hubble Space Telescope Controllers hope to be able to restart science observations on the orbiting observatory by about Oct. 24, after a pair of last-minute anomalies forced them to suspend recovery from an earlier onboard failure that has kept the telescope out of commission since Sept. 27.

Low output from a power source on the Advanced Camera for Surveys (ACS) on the afternoon of Oct. 16 forced suspension of restart activities with that instrument, and a subsequent stay-alive sequence failure between the telescope's main and science-instrument computers sent the science computer and the instrument suite into safe mode later that evening, according to Art Whipple, head of the Hubble Systems Management Office at Goddard Space Flight Center.

Controllers were in the final steps of switching to the backup "B" side of the orbiting telescope's complex data-handling system when the new anomalies occurred (Aerospace DAILY, Oct. 17). They were able to download telemetry data from the observatory after the anomalies, and were poring over the data in search of the causes of the two problems.

Whipple said Oct. 17 the anomalies had been identified earlier as potential setbacks to the reactivation process, and probably would not require more ground testing before new commands could be sent to correct the problems. Additional testing in Goddard's Vehicle Electrical System Test facility would delay flight certification of a replacement for the data-handling system that caused the original failure on the telescope, and make a tight schedule even tighter.

The Sept. 27 failure forced the postponement from Oct. 16 of the STS-125 shuttle mission to service the telescope one last time. The next available launch date for the final servicing mission falls in February 2009, but the replacement hardware must be certified before that mission can launch to restore full redundancy to the telescope (Aerospace DAILY, Oct. 1).
Posted by Steve Douglass at 12:37 PM No comments: