It's little secret that the U.S. cybersecurity could use some help. Recent studies have shown the nation's power grid and armed forces to be highly vulnerable to a cyberattack from an internet savvy nation like China or Russia. Under President George W. Bush and President Barack Obama slow steps have been made to improve that state of affairs.

But now there's a growing debate over one of the most ambitious cybersecurity initiatives yet, a program developed by the National Security Agency called "Perfect Citizen". The program is designed to detect, neutralize, and counter cyberattacks on critical parts of the U.S. private sector -- such as defense contractors, power plants, and major internet firms like Google. Its critics, though, contend that it is government meddling and playing "Big Brother".

Internally, there's been discord over the government's plans to peer inside private networks. States a Raytheon email leaked to The Wall Street Journal, "The overall purpose of the [program] is our Government...feel[s] that they need to insure the Public Sector is doing all they can to secure Infrastructure critical to our National Security. Perfect Citizen is Big Brother."

While the NSA had no official comment, unnamed U.S. officials took issue with the claim that they were playing "Big Brother". They said the program was vital to protecting the nation and no more intrusive to privacy than traffic cams over intersections.

At the core of the issue is the fact that many "mission critical" systems which drive subway systems, air-traffic control networks, and more are composed of aging machines which were built at a time when security was less understood and considered. The NSA believes that China and Russian may have gained deep access and exploration into these networks, but it needs to watch them in order to determine the full extent of the penetration.

One of the U.S. government's critical roles is to provide for the defense of the nation. Under the U.S. constitution the government has the power to "raise and support armies," "provide and maintain a navy," and to "make rules for the government and regulation of the land and naval forces".

Initially, the government began to interface with the private sector -- such as power utilities -- to solve physical problems; for example sealing a manhole cover to a power line going to a critical government center. However, those efforts quickly expanded to the digital realm.

"Perfect Citizen" sprung from an earlier surveillance project called "April Strawberry". The new project is still in its early stages, but NSA officials have reportedly met with utility executives and politely asked them to cooperate with the surveillance. Participation is reportedly voluntary, but those who comply will earn incentives, such as additional government contracts.

Ultimately it may be too early to judge the merits of "Perfect Citizen", but as the program is fleshed out, it seems likely to provoke a lively debate about the government, privacy, and intervention in the private sector.
Posted by Steve Douglass at 7:13 PM No comments: 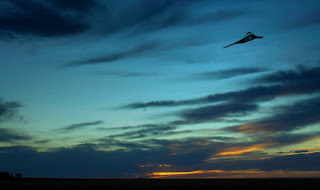 A loud cracking sound as Excalibur broke the sound barrier forced Freaks to look up.

High above he caught site of the aircraft, spiraling out of control and headed straight down.

“Come on buddy. You can do it!” Freaks caught himself saying out loud.

As the Manta spiraled in, condensation contrails formed on the wingtips trailing out white mist behind it marking the Manta’s path through the sky like a big exclamation point, pointing down at the desert floor.

Caysi couldn’t watch, preferring to stare at the noise on the video screens than watch Stanley die.

Gavin, Harley and Sami had left the Remote Humvee, stepped outside and stood gazing into the air at the Manta now tumbling down out of control.


It was clear to everyone if something didn’t happen in the next few seconds, it never would. 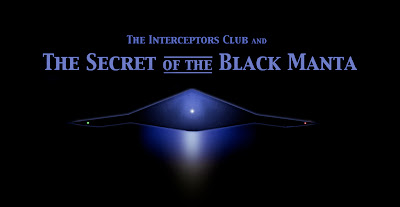 BUY THE E-BOOK TODAY AT A SPECIAL LIMITED-TIME REDUCED PRICE!
Posted by Steve Douglass at 8:51 AM No comments: 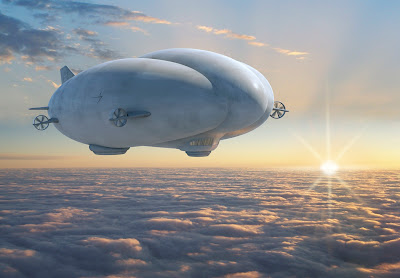 Airships are survivors—a genus of aircraft that has been around since the dawn of aviation and is now being offered another chance at lasting success. This time the mission is persistent surveillance, but can undisputed endurance carve out a role for unmanned airships that lasts beyond today’s war?

As it embarks on a $517-million contract to develop the Long-Endurance Multi-intelligence Vehicle (LEMV) for deployment by the U.S. Army to Afghanistan in early 2012, Northrop Grumman believes the unmanned airship can find long-term roles in border security and disaster relief, as a communications and surveillance platform. “There is a lot of emphasis on today’s war, but tomorrow the airship can provide inexpensive surveillance,” says Alan Metzger, Northrop Grumman LEMV program director.

The LEMV’s role is to maintain continuous surveillance over a wide area, providing correlated video, radar and signals intelligence data to the brigade combat team on the ground. Stripped of its sensors and long-endurance fuel tanks, the same vehicle could lift 20 tons of cargo with minimal modification, says Metzger, adding: “Airships are not for everything, but there are opportunities they are suited for. It will come down to economics.”

READ THE FULL STORY HERE
Posted by Steve Douglass at 7:03 AM No comments:

Moscow, Russia (CNN) -- A spy swap between the United States and Russia took place Friday at the airport in Vienna, Austria, Russian state media reported.
A plane carrying 10 Russian agents, who were expelled from the United States for intelligence gathering, took off from Vienna, apparently bound for Moscow, Russia, state TV reported.

A separate plane carrying four people convicted of spying for the United States took off from Vienna, too, bound for a destination in the West, according to Russia Today, the state television station.
The elaborately choreographed transfer -- reminiscent of a scene from the Cold War -- took about an hour, Russian state media reported.

The 10 pleaded guilty in the United States on Thursday for failing to register as foreign agents and were ordered out of the country. They then boarded a U.S.-chartered flight accompanied by U.S. Marshals, a federal law enforcement source said.
Video: Spy swap between U.S., Russia Video: Russian spies: Deal or no deal? Video: Accused spy responds to photos


Their expulsion was in exchange for Russia's release of the four prisoners, officials from both countries said Thursday.
In Washington, Attorney General Eric Holder said none of the 10 had passed classified information and therefore none was charged with espionage.

"They were acting as agents to a foreign power," he told CBS News, referring to the Russians who, U.S. officials have said, had been under observation by federal authorities for more than a decade.
All of their children have been repatriated, he said. Attorneys for some of the Russians involved in the case said no children were aboard the Vienna-bound flight.

White House Chief of Staff Rahm Emmanuel told PBS' "NewsHour" that although the 10 didn't plead guilty to being spies, they "were clearly caught in the business of spying."
In a conference call with reporters, senior administration officials said the agents agreed never to return to the United States without permission from the U.S. government.
Holding them would have conferred no security benefit to the nation, they said.
This "clearly serves the interests of the United States," one official said.

A second official said the four prisoners in Russia were in failing health, a consideration that prompted quick completion of the deal.
Under the plea agreements, the defendants disclosed their true identities in court and forfeited assets attributable to the criminal offenses, the Justice Department said in a news release.
"Defendants Vicky Pelaez, Anna Chapman and Mikhail Semenko, who operated in the United States under their true names, admitted that they are agents of the Russian Federation; and Chapman and Semenko admitted they are Russian citizens," the Justice Department said.

Carlos Moreno, an attorney for Pelaez, said his client does not want to take up residence in Russia and would prefer ultimately to live in her native Peru or in Brazil where she has family. Pelaez hopes to continue her work as a journalist, according to Moreno.
Pelaez told the court that Moscow has promised her free housing in Russia and a $2,000 monthly stipend for life, as well as visas for her children to travel to see her. Pelaez and her husband, both naturalized American citizens, were stripped of their citizenship as a part of the plea deal.


Authorities have lost track of an 11th suspect, who was detained in Cyprus, released on bail, and then failed to check in with authorities as he had promised to do.
In Moscow, Russian President Dmitry Medvedev signed a decree Friday pardoning the four individuals imprisoned for alleged contact with Western intelligence agencies, the Kremlin press service said, according to state-run RIA Novosti.

Though the four Russians were released to the custody of the United States, that does not necessarily mean they would go to America, an embassy spokesman said.

All four appealed to the Russian president to free them after admitting their crimes against the Russian state, press secretary Natalia Timakova said.

But in Washington, State Department spokesman Mark Toner denied Thursday that Sutyagin had been a spy.

The Russian Ministry of Foreign Affairs said the move was made "in the general context of improving Russian-American relations, and the new dynamic they have been given, in the spirit of basic agreements at the highest level between Moscow and Washington on the strategic character of Russian-American partnership."
Posted by Steve Douglass at 6:51 AM No comments: