Jetliner 'Pinged' Satellites With Location, Altitude for Hours After Disappearance 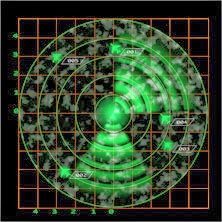 The Wall Street Journal
Malaysia Airlines missing jet transmitted its location repeatedly to satellites over the course of five hours after it disappeared from radar, people briefed on the matter said, as searchers zeroed in on new target areas hundreds of miles west of the plane's original course.

The satellites also received speed and altitude information about the plane from its intermittent "pings," the people said. The final ping was sent from over water, at what one of these people called a normal cruising altitude. They added that it was unclear why the pings stopped. One of the people, an industry official, said it was possible that the system sending them had been disabled by someone on board.

The people, who included a military official, the industry official and others, declined to say what specific path the transmissions revealed. But the U.S. planned to move surveillance planes into an area of the Indian Ocean 1,000 miles or more west of the Malay peninsula where the plane took off, said Cmdr. William Marks, the spokesman for the U.S. Seventh Fleet.

He said the destroyer USS Kidd would move through the Strait of Malacca, on Malaysia's west coast, and stay at its northwest entrance. Malaysia, which is overseeing the search effort, directed Indian forces to a specific set of coordinates in the Andaman Sea, northwest of the Malay peninsula, an Indian official said Thursday. "There was no specified rationale behind looking in those areas, but a detailed list was provided late Wednesday evening," the Indian official said.

The automatic pings, or attempts to link up with satellites operated by Inmarsat PLC, occurred a number of times after Flight 370's last verified position, the people briefed on the situation said, indicating that at least through those five hours, the Boeing Co.777 carrying 239 people remained intact and hadn't been destroyed in a crash, act of sabotage or explosion.

Malaysia Airlines said it hadn't received any such data. According to Boeing, the plane's manufacturer, the airline didn't purchase a package through Boeing to monitor its airplanes' data through the satellite system.

If the plane remained airborne for the entire five hours, it could have flown more than 2,200 nautical miles from its last confirmed position over the Gulf of Thailand, the people said.


U.S. aviation investigators said they were analyzing the satellite transmissions to determine whether they can glean information about the plane's ultimate location or status. The transmissions were sent via onboard technology designed to send routine maintenance and system-monitoring data back to the ground via satellite links, according to the people familiar with the matter.

Among the possible scenarios investigators said they are now considering is whether the jet may have landed at any point during the five-hour period under scrutiny, or whether it ultimately crashed.

Aviation investigators are exploring the possibility that someone on the plane may have intentionally disabled two other automated communication systems in an attempt to avoid detection. One system is the transponders, which transmit to ground radar stations information on the plane's identity, location and altitude, and another system that collects and transmits data about several of the plane's key systems.

The widebody jet was scheduled to fly overnight to Beijing from Kuala Lumpur in the predawn hours of March 8. Its transponders last communicated with Malaysian civilian radar about an hour after takeoff.

After the plane dropped off civilian radar screens, two people said, the satellite link operated in a kind of standby mode for several hours and sought to establish contact with a satellite or satellites. These transmissions didn't include data about any of the plane's critical systems, they said, but the periodic contacts indicate to investigators that the plane was still intact and believed to be flying at least a significant portion of that time. All of the people said the transmissions included detailed information about the plane's location, speed and bearing.

The transmissions, one person said, were comparable to the plane "saying I'm here, I'm ready to send data."

The uncertainty about where the plane was headed, and why it apparently continued flying so long without working transponders and other communication links, has raised theories among investigators that the aircraft may have been commandeered for reasons that remain unclear to U.S. authorities.

At one briefing, according to one of the people, officials were told that investigators are actively pursuing the notion that the plane was diverted "with the intention of using it later for another purpose."

As authorities scramble to analyze and understand all of the transmissions from the missing 777, the situation continues to change rapidly. Some people briefed on the issue initially described the transmissions as information that had been relayed from onboard monitoring systems embedded in the two Rolls-Royce PLC Trent 800 engines, not the idling satellite communications system.

Posted by Steve Douglass at 9:01 PM No comments: