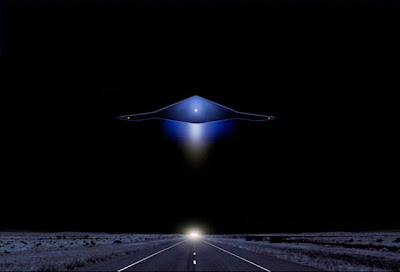 The following is fiction:

Somewhere behind closed doors deep inside the Pentagon:

Man #1: "STUXNET slowed them down some - but it looks like Iran will have the bomb within eighteen months."

Man #3 "It would mean the destruction of Israel - or at the least another world war - most likely a nuclear one."

Man #1: "That would most definitely lead to war - and also would kill everyone in the large pro-democracy movement in Iran. We can pray for another Arab Spring type overthrow - but its a race between extremists getting the bomb and a peaceful overthrow of Ahmadinejad."

Man # 2: "Is there any other way we can slow them down? If only we could hack their entire military network."

Man #1: "Maybe there is - I've been doing some thinking and - well it's a long shot but it might give us access."

Man #3: "Are you pausing for dramatic effect - or are you thinking."

Man #1. "The Iranian's know we've been flying drones over their country, Predators, Sentinels, Distant Star - etc., but even with the Russian's help the haven't been able to bring one down."

Man # 1 "And do you remember how an infected USB drive almost handed China our entire military intranet on a silver platter? They dropped these infected USB flash drives all over Bagdad - in bars US servicemen frequented. They picked them up thinking "wow - free flash drive!" plugged them in and voila! It took us almost six months to purge the stupid virus from our system."

Man #2: "I think I know where he is going with this. You talking about Deep Blue Horizon?"

Man #1: "Deep Blue Horizon is an advanced piece of A.I. software. It's smart - no -beyond brilliant. Heck - I think it's alive sometimes."

Man #2: "Anything we tell it to do. It's unstoppable. Released inside a computer system it mimics that system and is virtually undetectable. It can defend itself - travel anywhere we let it and is at our command."

Man #1: "So we put DBH inside the operating system of one of our drones - one they want bad. A stealthy one - but not on the cutting edge -something dated."

Man #1: "Exactly. They'd crap themselves in excitement. They'd parade it like a stolen goat."

Man #2. "It seeks out access-an open wireless point - it's a worm. It can even travel over power lines."

Man #1: " Then It would propagate through various systems until it well- gave us the keys to everything - weapons systems-power grids - encrypted networks - you name it."

Iran not returning UAV - even though we haven't asked for it back.

CBS NEWS: TEHRAN, Iran - Iran will not return a U.S. surveillance drone captured by its armed forces, a senior commander of the country's elite Revolutionary Guard said Sunday.
Gen. Hossein Salami, deputy head of the Guard, said in remarks broadcast on state television that the violation of Iran's airspace by the U.S. drone was a "hostile act" and warned of a "bigger" response. He did not elaborate on what Tehran might do.

"No one returns the symbol of aggression to the party that sought secret and vital intelligence related to the national security of a country," Salami said.

Iranian state media have said the unmanned spy aircraft was detected over the eastern town of Kashmar, some 140 miles from the border with Afghanistan. U.S. officials have acknowledged losing the drone.

Salami called its capture a victory for Iran and a defeat for the U.S. in a complicated intelligence and technological battle.

"Iran is among the few countries that possesses the most modern technology in the field of pilotless drones. The technology gap between Iran and the U.S. is not much," he said.

Officers in the Guard, Iran's most powerful military force, had previously claimed that the country's armed forces brought down the surveillance aircraft with an electronic ambush, causing minimum damage to the drone.

American officials have said that U.S. intelligence assessments indicate that Iran neither shot the drone down, nor used electronic or cybertechnology to force it from the sky. They contend the drone malfunctioned. The officials had spoken anonymously in order to discuss the classified program.

But Salami refused to provide more details of Iran's claim to have captured the CIA-operated aircraft.

"A party that wins in an intelligence battle doesn't reveal its methods. We can't elaborate on the methods we employed to intercept, control, discover and bring down the pilotless plane," he said.
Posted by Steve Douglass at 4:58 PM No comments: 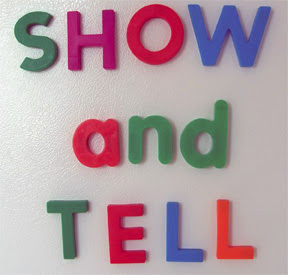 Russian and Chinese experts appealed to Iranian authorities asking them to give access to the shot down US drone, wrote on Thursday, the Iranian newspaper The Tehran Times citing an informed source at Iran's armed forces. It is also possible, the newspaper continues, that the UAV will be on display, "Interfax".

As reported by the newspaper VIEW, according to media reports, American downed Iranian military reconnaissance aircraft invisible CIA used to gather information on Iranian nuclear facilities, as well as the training camps of militants "of Hezbollah."

On Tuesday it was announced that the U.S. spy plane RQ-170 performed the task of American intelligence, but the nature of the device was not specified. Earlier, Pentagon spokesman John Kirby expressed concern that Iran's military might to seize the data about the secret techniques of the American UAVs. On Sunday, Iranian television channel Press-TV spread the information that the Iranian air defense forces in the east downed U.S. drone aircraft.

The coalition of the International Security Assistance Force in Afghanistan (ISAF) later said that the drone, the destruction of which on Sunday said Iran could be lost during the last week in the job in Afghanistan.

According to military analyst Vladislav Shurygin: "Management of UAV is its main vulnerable heel. To communicate with control centers, and managed, UAVs must have "thick" radio channels, which are protected from external influence is extremely difficult. They can score a noise, but this is the most primitive solution.

Much more serious option is to capture anti-UAV control. To do this, to break the encryption system and the control signals, drowning out the signal control center, to take control of the UAV to its signal. "

ORIGINALLY POSTED HERE
Posted by Steve Douglass at 6:20 AM No comments: